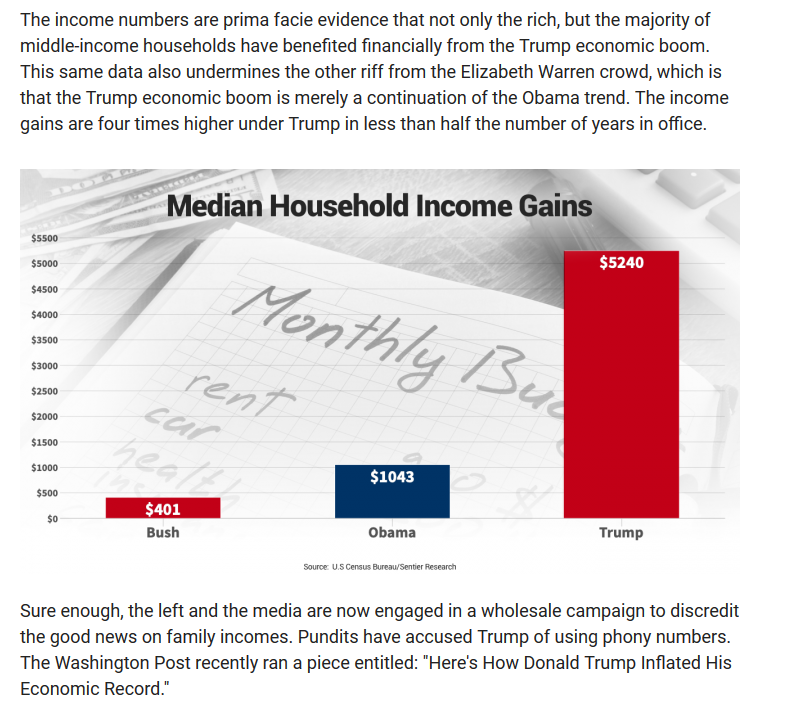 Breitbart posted an article today about September’s jobs numbers. There is a lot of good news in the report.

Economists had expected the economy to between 150,000 and 180,000 with the median consensus at 163,000, according to Econoday. Unemployment was expected to remain unchanged. Last month’s jobs figure was originally reported at 164,000, now revised down to 159,000, and unemployment was 3.7 percent.

Unemployment among African Americans fell to 5.5 percent, the lowest level on record.

The labor force participation rate edged up to 63.2 percent in August, indicating that the strong labor market has continued to draw Americans into the workforce.

The largest job gains came from professional and business services, which added 37,000.  Census hiring boosted the federal government’s hiring to 28,000 workers. Health care added 24,000 to the total while financial services increased by 15,000.

Consumer spending and the labor market have been strong. Data released Thursday showed worker compensation rising strongly and well-above inflation. Rising labor costs can promote capital investment by businesses seeking to make workers more productive.
With unemployment near 50-year lows, job growth has slowed and many businesses say they are having trouble hiring. Employment growth has averaged 158,000 per month thus far this year, compared with an average monthly gain of 223,000 in 2018.

This is the chart showing the Workforce Participation Rate since 2009 (from the Bureau of Labor Statistics website):

We are not yet up to 2009 levels, but we are moving in the right direction. The economic indicators are positive. Hopefully the American public will be able to see past the media’s efforts to create a recession.

Although somewhat better than expected, the 175,000 net jobs created in May continues the historically tepid jobs growth trend that has come to characterize the now four-year-old economic recovery.

The result has been continued high unemployment, a vast pool of long-term jobless, and an unprecedented number of people who’ve dropped out of the labor force.

The article reminds us that there are 2.4 million fewer people working than there were in January 2008. The Democrats have attempted to blame the slow job growth on sequestration, but that doesn’t make sense. Sequestration did not go into effect until March, and sequestration cut the rate of growth–it did not cut the budget.

…the total number of government jobs climbed more than 7,000 since January (not including U.S. Postal Service jobs, which get included in government statistics even though the USPS is independently run).

It really is time to shrink the government. It is ridiculous that as the number of people leaving the workforce increase, the government continues to grow.