Yesterday France 24 posted an article detailing a series of events that contradict everything scientists think they know about the coronavirus.

Argentina is trying to solve a medical mystery after 57 sailors were infected with the coronavirus after 35 days at sea, despite the entire crew testing negative before leaving port.

The Echizen Maru fishing trawler returned to port after some of its crew began exhibiting symptoms typical of COVID-19, the health ministry for the southern Tierra del Fuego province said Monday.

According to the ministry, 57 sailors, out of 61 crew members, were diagnosed with the virus after undergoing a new test.

However, all of the crew members had undergone 14 days of mandatory quarantine at a hotel in the city of Ushuaia. Prior to that, they had negative results, the ministry said in a statement.

The head of the infectious diseases department at Ushuaia Regional Hospital, Leandro Ballatore, said he believed this is a “case that escapes all description in publications, because an incubation period this long has not been described anywhere.”

“We cannot yet explain how the symptoms appeared,” said Ballatore.

We really don’t know a lot about how this virus is spread or exactly how it works. It is a new virus, and it is going to take us a while to sort out how it spreads and how long it takes for people to come down with it.

Yesterday One America News posted an article about the use of robots to sanitize places and things to stop the spread of the virus.

A company from Argentina is using robots in the fight against the coronavirus. UVD Robotics has been testing a new product that can sanitize both spaces and objects with ultraviolet light.

On Friday, developers tested the robot on a bus, where it was able to clean seats, walls and floor using just UV light.

According to the World Health Organization, cleaning products with chemicals such as bleach or hydrogen peroxide traditionally are only 60 percent effective against germs. UV light reportedly eliminates bacteria 99 percent of the time.

“Ultraviolet light is a light that the sun emits naturally,” explained CEO Martin Gonzalez. “In this case, we use type ‘C,’ which is very high energy and works by destroying the DNA of bacteria, the RNA in the case of viruses, thus avoiding propagation or spread.”

He added the robot can also be used to protect health care workers, who are being exposed to bacteria in hospital rooms.

America is a Representative Republic. Americans vote for people to go to Washington, D.C., to represent them. Lately it seems as if we might not be doing a really good job of that. Generally speaking, I am not sure who most of the people in Washington represent. However, a recent speech by President Obama really makes me wonder.

Paul Mirengoff posted an article at Power Line today about President Obama’s speech in Argentina to a Young Leaders of the Americas Initiative meeting.  During the speech, President Obama explained the choice between communism and capitalism.

Obama instructed his young listeners that the question isn’t this system vs. that system, but rather “what works.” In Cuba, he claimed (falsely), communism is working great when it comes to health care. On the other hand, he acknowledged, the country looks like it’s stuck in the 1950s.

The lesson, said Obama, is that markets tend to generate wealth. Thus, they meet his “does it work” test, though they must be heavily regulated. Such is the wisdom imparted by this (once-thought-by many-to-be) towering intellect.

Scandalously, the only argument Obama was willing to make in favor of freedom is its tendency to generate wealth. If communism produced just as much, apparently it would be just as good or better, given the more even distribution of the wealth it purports to produce.

To argue in favor of freedom as a good in itself would, in Obama’s thinking, mean succumbing to ideology. He is much too cool for that.

I infer that during the heyday of the Soviet Union, Obama might well have been a communist. Then it was thought, based on successful propaganda of the kind some now accept when it comes to health care in Cuba, that communism was working fine.

I also infer that Obama may well be a fan of the current Chinese regime. Until recently, many thought it was working quite well.

Below is the video of the speech, as posted on YouTube:

The article at Power Line points out:

Obama’s entire speech is below. His remarks regarding capitalism vs. communism begin at around the 41:00 minute mark.

The difference between communism and capitalism is important to America. We need a President who understands that. 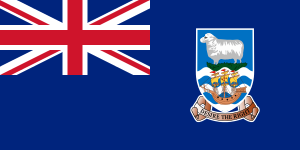 Ed Morrissey posted an article at Hot Air today about the recent vote by the residents of the Falkland Islands to make a statement as to what country they belonged to–Britain or Argentina. When asked if they wanted to remain an Overseas Territory of the United Kingdom, 1,511 residents voted “yes.” Three voted “no.”

That result sends a strong message to the UN and other nations attempting to force the UK into bilateral negotiations with Argentina over the fate of the islands, which are almost 300 miles from Argentina’s coast — but which sit near potentially significant oil and gas fields.

Today’s U. K. Telegraph posted the Obama Administration’s reaction to the vote:

“The residents have clearly expressed their preference for a continued relationship with the United Kingdom.”

“That said, we obviously recognize that there are competing claims. Our formal position has not changed. We recognize the de facto UK administration of the islands, but we take no position on sovereignty claims.”

Needless to say, the British are not too thrilled with this statement.

The article in the U. K. Telegraph concludes:

Today’s statement, made on behalf of Secretary of State John Kerry, is an insult to Great Britain and the brave inhabitants of the Falkland Islands. It is also remarkably petty and mean-spirited. It is a sad day indeed when the only superpower, the leader of the free world, cannot bring itself to back the basic right of self-determination for a peaceful group of Islanders in the South Atlantic for fear of offending a sinking Latin American regime that doesn’t even like America. Officials in the State Department should hold their heads in shame as they promote a policy that is causing a great deal of offence across the Atlantic, and which is a betrayal of the Special Relationship. Mr. Kerry and his team should remember that more than 250 British servicemen gave their lives for the freedom of the Falkland Islanders in 1982, a sacrifice which the United States, of all nations in the world, should be honouring today.

The Obama Administration is more interested in being friends with the enemies of America than with our friends.

World Net Daily has been reporting on this story for about two years. I have no doubt that the policy they have been reporting on is something that the Obama Administration would like to do, I am just not sure that they will try it.

Here is the story:

Two years ago, as WND reported, the Obama administration was proceeding with a novel way to finance trillion-dollar budget deficits by forcing IRA and 401(k) holders to buy Treasury bonds by mandating the placement of government-structured annuities in their retirement accounts.

This would definitely redistribute wealth–it would take it away from everyone.

With the issuance of the White House 256-page Budget Proposal for Fiscal Year 2013, the Obama administration endorsed “Automatic IRAs,” a plan introduced into Congress in 2010 by Sens. John Kerry, D-Mass, and Jeff Bingaman, D-N.M., in which private companies would be automatically enrolled into government-mandated IRAs, forcing those businesses to contribute on behalf of their employees a “default amount” equal to 3 percent of an employees pay, unless an employee specifically opts out of the plan.

Argentina has already taken over private retirement plans. This plan has not been successful in solving Argentina’s problems:

Writing in the London Telegraph in October 2008, business and economics editor Ambrose Evans-Pritchard warned that G7 nations, including the United States, may begin following the path of Argentina in forcing privately managed pension funds to be invested in government-issued debt.

In 2008, Argentine sovereign debt was trading at 29 cents on the dollar, reflecting the devalued state of the Argentine peso, with the result that private pensioners holding government debt in their retirement accounts could not be assured those bonds would have any meaningful value at maturity

What the government is planning here is called stealing. Privately managed pension funds are not government property.  Meanwhile, the Service Employees International Union (SEIU) is moving to require the government to create government-mandated worker retirement accounts as an entitlement program, with the possibility that a portion of all private retirement funds could be forced into U.S. Treasury debt. I am not against encouraging companies to set up some sort of retirement savings programs for their employees, but these programs need to be private programs designed in a way that does not put undue burdens on private companies. At the rate Congress makes decisions, Social Security will not be there for today’s workers, and even a Christmas-Club type savings plan (remember Christmas Clubs ?) would be a step in the right direction. However, a government takeover is never a good idea.

Yesterday Investor’s Business Daily reported on a major event at the Colombian summit that seems to have been overlooked in the reporting.

Never was a response to a global outrage more mealy-mouthed than the one from the U.S. after Argentina’s President Cristina Fernandez de Kirchner, standing under a portrait of Evita Peron, announced a brazen grab for YPF, the Argentine oil company that’s 57% owned by Spain’s Repsol.

But the U.S.? “We are following developments on this issue. We are not currently aware of any WTO complaints related to this issue,” the State Department said.

The article points out that Argentina is in financial trouble because of overspending. If Argentina defaults or Spain defaults, the IMF will be called in to do a bailout. That will directly impact the pockets of American taxpayers.

Meanwhile, U.S. investors own about 5% of Repsol. Its takeover hurts U.S. investors and our tax base. This should concern the indebted U.S., which if it did what other countries do, would defend its investors.

The U.S. buys 29,000 barrels a day from Argentina, a third of its output, and will need to find a new supplier as that collapses. Worse still, Argentina will lose investment in its vast shale reserves, the world’s third-largest at 22%. As that goes, prices will rise.

Worst of all, the expropriated assets may now go to China, significantly raising its influence in the region.

It sounds as if our State Department was not paying attention to the events around them.

This is a graph from the Cato Institute posted by John Hinderaker at Power Line yesterday.

The article includes the following comments: