Jonathan Turley posted an article at The Hill today stating his thoughts on Speaker Pelosi’s actions.

The House has its share of infamies, great and small, real and symbolic, and has been the scene of personal infamies from brawls to canings. But the conduct of Speaker Nancy Pelosi (D-Calif.) at the State of the Union address this week will go down as a day of infamy for the chamber as an institution. It has long been a tradition for House Speakers to remain stoic and neutral in listening to the address. However, Pelosi seemed to be intent on mocking President Trump from behind his back with sophomoric facial grimaces and head shaking, culminating in her ripping up a copy of his address.

Her drop the mic moment will have a lasting impact on the House. While many will celebrate her trolling of the president, she tore up something far more important than a speech. Pelosi has shredded decades of tradition, decorum and civility that the nation could use now more than ever. The House Speaker is more than a political partisan, particularly when carrying out functions such as the State of the Union address. A president appears in the House as a guest of both chambers of Congress. The House Speaker represents not her party or herself but the entirety of the chamber. At that moment, she must transcend her own political ambitions and loyalties.

Pelosi has demolished decades of tradition with this poorly considered moment. Of course, many will celebrate her conduct and be thrilled by the insult to Trump. However, even those of us who disagree with his policies should consider what Pelosi destroyed in her moment of rage. She shredded the pretense of governing with civility and dignity in the House. Notably, she did not wait to rip up her copy of the speech until after she left the House floor. Pelosi wanted to do it at the end of the speech, in front of the camera, with the president still in the chamber.

That act was more important to Pelosi than preserving the tradition of her office. In doing so, she forfeited the right to occupy that office. If Pelosi cannot maintain the dignity and neutrality of her office at the State of the Union, she should resign as the Speaker of the House of Representatives.

I don’t see her resigning, but the next time the Democrats claim that President Trump is dividing the country, we need to remind them that they need to look in the mirror.

The Daily Caller posted a list of the guests President Trump is bringing to the State of the Union speech tonight. I love this list.

Stephanie Davis and her mother Janiyah

Stephanie is a 4th grade student from Philadelphia, Pennsylvania. Though Janiyah applied for a tax credit scholarship, Stephanie is one of 50,000 students still on a scholarship waitlist after Democratic Pennsylvania Gov. Tom Wolf vetoed school choice legislation.

Gage Hake and his mother Kelli

The Hakes are a gold star family from Stillwater, Oklahoma. Kelli’s late husband, Army Staff Sergeant Christopher Hake, was killed during his second tour of duty in Iraq by an EFP supplied by Qasem Soleimani.

Jody’s brother, Rocky Jones, was murdered by an illegal immigrant in Tulare County, California in December of 2018. Jody, along with his four other brothers, is helping care for Rocky’s young daughter.

An United States Army veteran living in Montgomery Alabama, Paul and his contracting business are helping build a new concrete plant that will support F-35 fighter jets stationed in the region.

Deputy Chief Ortiz has served as a member of U.S. Border Patrol since 1991 and previously as a member of the U.S. Army. He has been awarded the Superior Civilian Service Medal and oversees all border patrol operations in 41 of Texas’ border counties.

Rankins, a U.S. Army veteran, suffers from Post-Traumatic Stress Disorder and battled addiction after leaving the Army. He currently has worked with the company “R Investments” in Cincinnati, Ohio to overcome his addiction, reunite with his family, and develop a new career in artisan construction.

Ellie Schneider and her mother Robin

Born at just 21 weeks and six days, Ellie was one of the youngest babies ever delivered in the United States. Now two years old, she and her mother Robin currently live in Kansas City, Missouri.

Simonovis, a former Chief of Police in Venezuela, was wrongfully imprisoned by the Chavez and Maduro regimes for 15 years before escaping Venezuela in 2019.

All of these people are heroes in their own right. I am thrilled that they are invited to attend the State of the Union speech. 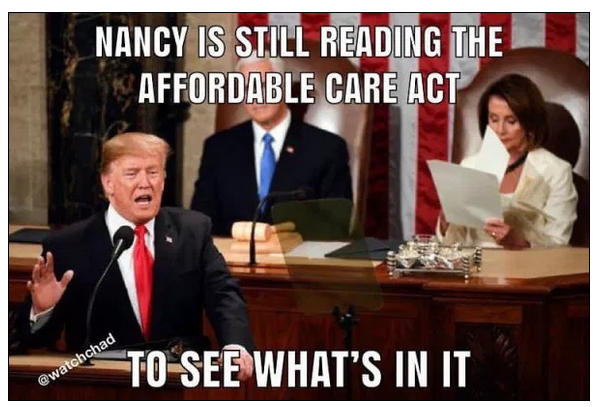