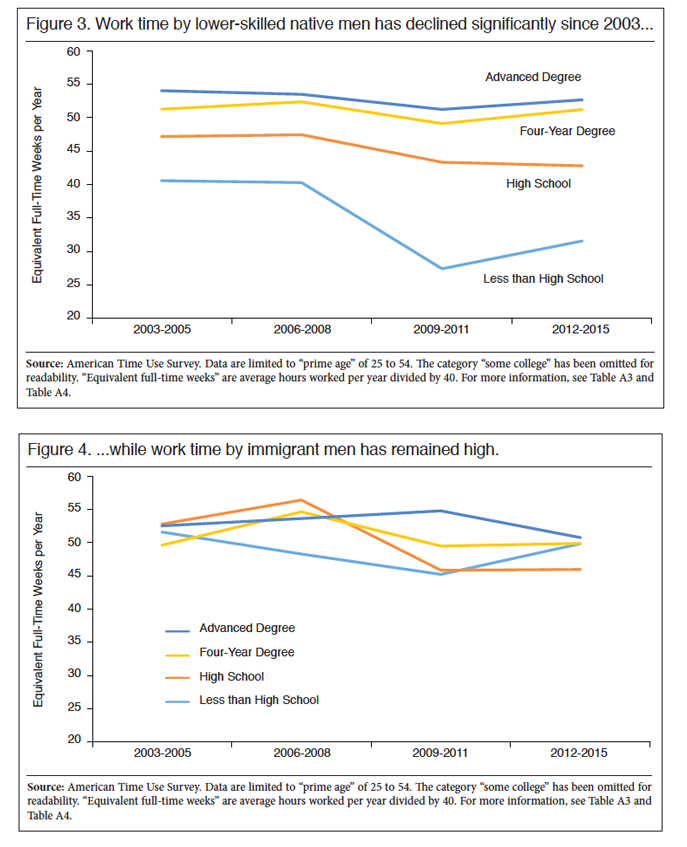 Today’s Wall Street Journal posted an article about next month’s 50-year anniversary of Daniel Patrick Moynihan‘s report on the black family. At the time the future Senator was serving as assistant secretary in Lyndon Johnson‘s Labor Department. Senator Moynihan (he was first elected to the Senate in 1976) was concerned about the increasing number of fatherless homes in the black community.

The article in the Wall Street Journal reports:

“The fundamental problem is that of family structure,” wrote Moynihan, who had a doctorate in sociology. “The evidence—not final but powerfully persuasive—is that the Negro family in the urban ghettos is crumbling.”

For his troubles, Moynihan was denounced as a victim-blaming racist bent on undermining the civil-rights movement. Even worse, writes Harvard’s Paul Peterson in the current issue of the journal Education Next, Moynihan’s “findings were totally ignored by those who designed public policies at the time.” The Great Society architects would go on to expand old programs or formulate new ones that exacerbated the problems Moynihan identified. Marriage was penalized and single parenting was subsidized. In effect, the government paid mothers to keep fathers out of the home—and paid them well.

This, of course, made the problem of fatherless families worse–not better.

The article reminds us that we are also approaching the 50-year anniversary of the 1965 Voting Rights Act, which ensured that the black minorities were able to vote.

With a twice-elected black man now occupying the White House, it might be difficult for younger Americans to appreciate this milestone. However, in 1964, three years after Barack Obama was born, black voter registration in Mississippi was less than 7%, the lowest in the South. By 1966 it had grown to 60%, the highest in the South.

Today black voter-registration rates in the South, where most blacks still live, are higher than in other regions of the country, and for the first time on record the black voter-turnout rate in 2012 exceeded white turnout.

So what have The Great Society and the Voting Rights Act accomplished?

But even as we note this progress, the political gains have not redounded to the black underclass, which by several important measures—including income, academic achievement and employment—has stagnated or lost ground over the past half-century. And while the civil-rights establishment and black political leaders continue to deny it, family structure offers a much more plausible explanation of these outcomes than does residual white racism.

One important lesson of the past half-century is that counterproductive cultural traits can hurt a group more than political clout can help it. Moynihan was right about that, too.

The country needs voters of every ethnic group–but they need smart voters–voters who will vote for things that will strengthen the family and foundations of society–not voters who support the undermining of those things.

It’s hard to have sympathy for anyone in the Ferguson affair — the cops, the demonstrators, the pontificating politicians, the exploitative media or we its pathetically loyal audience that keeps tuning in.  The whole event plays out like the umpteenth rerun of the famous quote from Marx about history repeating itself, the first time as tragedy, the second time as farce.

The events in Feguson have gone on for a number of days now. It is unfortunate that a young man died, but I just don’t understand why that justifies looting and violence. As more evidence becomes public, the story changes from the original sympathy for the innocent young man brutalized by the police to a young man, possibly high, charging a policeman. We shall see how all of this shakes out.

Meanwhile, the story at PJMedia concludes:

But, you say, this was a white-on-black crime. An o-fay cop offed a brother. (Never mind that brothers can butcher brothers like it’s going out of style, this pig had white-skin privilege.)  Well, yes, and we don’t yet know the circumstances, but even accepting the narrative of, say, the Huffington Post that the cop was the reincarnation of Bull Connor and that the “youth” was a “gentle giant” on the way to a contract with PBS as the next Mr. Rogers, the event is basically a charade.  Everyone knows we’ve seen it before and everyone knows we’ll see it again.  In fact, many parties don’t want it to go away.  The beat must go on.  It has to go on or their very personalities will disintegrate.  And I will tell you why — what caused it.

The Great Society.  There, I’ve said it.  The Great Society, which I voted for and supported from the bottom of my heart, is the villain behind Ferguson.  Ferguson is the Great Society writ large because the Great Society convinced, and then reassured, black people that they were victims, taught them that being a victim and playing a victim was the way to go always and forever.  And then it repeated the point ad infinitum from its debut in 1964 until now — a conveniently easy to compute fifty years — as it all became a self-fulfilling prophecy.

The Great Society and similar policies screwed black people to the wall. It was racist to the core without knowing it.  Nobody used the N-word.  In fact, it was forbidden, unless you were Dr. Dre or somebody.  But it did its job without the word and did it better for being in disguise.  Those misbegotten kids running around Ferguson high on reefer and wasting their lives screaming at cops are the product of all this.  Stop it already.  No one has said this better than Jason Riley, author of Please Stop Helping Us.  Listen to Jason if you want to end Fergusons.

There are people out there who represent the voice of reason. We need to start listening to them instead of those the media places in front of us.