Unfortunately I think the answer is yes. 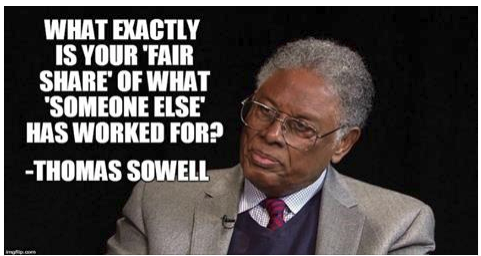 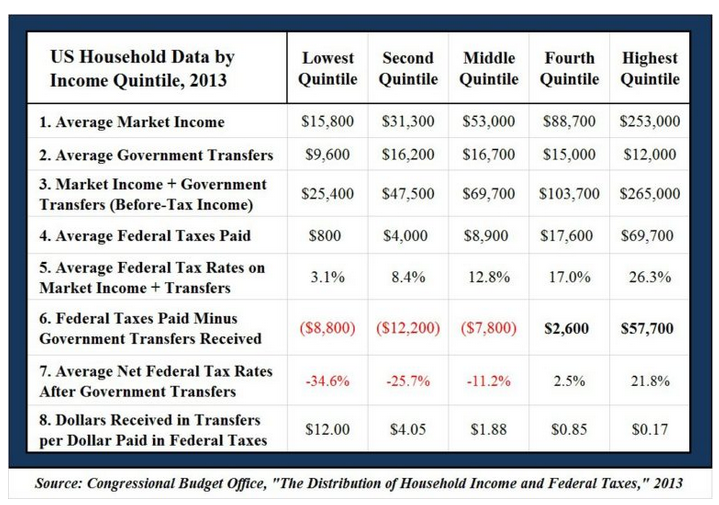 Thomas Sowell posted an article at National Review today about the recent Senate Permanent Subcommittee on Investigations hearings. First of all, I would like to state that I was not even aware that there was a Senate Permanent Subcommittee on Investigations. Secondly, I would like to state that I suspect they are much more active when the Senate and the White House are held by different parties. Since that is not currently the case, I was a bit surprised by one of their recent hearings.

Apple CEO Tim Cook was called before the Committee and publicly chastised for the fact that Apple ‘does not pay enough taxes.’ According to Mr. Sowell, Apple pays $16 million a day in taxes. It seems to me that would be enough for anyone.

The article points out that Apple is not doing anything illegal–they are simply following the tax code and taking advantage of the tax breaks they are entitled to in the tax code. At this point it might be a good idea to remember who writes the tax code–Congress!

Apple CEO Tim Cook was denounced for contributing to “a worrisome federal deficit,” according to Senator Carl Levin (D., Mich.) – one of the big-spending liberals in Congress who has had a lot more to do with creating that deficit than any private citizen has.

Therein lies the problem–it is easier to blame a successful businessman for the deficit than to take actual steps to correct the spending addiction of Congress and the current President.

What is a tax “loophole”? It is a provision in the law that allows an individual or an organization to pay less in taxes than they would be required to pay otherwise. Since Congress puts these provisions in the law, it is a little much when members of Congress denounce people who use those provisions to reduce their taxes.

If such provisions are bad, then members of Congress should blame themselves and repeal the provisions. Words like “gimmicks” and “loopholes” suggest that people are doing something wrong when they don’t pay any more in taxes than the law requires.

Are people who buy homes and deduct the interest they pay on their mortgages when filing their tax returns using a “gimmick” or a “loophole”? Or are only other people’s deductions to be depicted as somehow wrong, while our own are OK?

Next year when you fill out your tax return, think about your own ‘loopholes’? Is your home mortgage deduction a ‘loophole’? If you live in a state with a substantial personal income tax that you deduct, is that a ‘loophole’?

What happened in the Senate Permanent Subcommittee on Investigations was a example of the government publicly  bullying a law-abiding citizen. That is not a good direction for the country to be heading.

No American government can take away all our freedoms at one time. But a slow and steady erosion of freedom can accomplish the same thing on the installment plan. We have already gone too far down that road. F. A. Hayek called it “the road to serfdom.” How far we continue down that road depends on whether we keep our eye on the ball — freedom — or allow ourselves to be distracted by predatory demagogues like Senator Carl Levin.

Thomas Sowell posted an article at Townhall.com dealing with the subject of fairness in tax policy.

Mr. Sowell describes the supposed justification for higher taxes on the rich, and then asks a questions we should all be asking:

No one can deny that. The relevant question, however, is: How does allowing politicians to take more money in taxes from successful people, to squander in ways that will improve their own reelection prospects, make anything more “fair” for others?

How much has the billions of dollars spent of the War on Poverty actually helped alleviate poverty in America?

High tax rates in the upper income brackets allow politicians to win votes with class warfare rhetoric, painting their opponents as defenders of the rich. Meanwhile, the same politicians can win donations from the rich by creating tax loopholes that can keep the rich from actually paying those higher tax rates — or perhaps any taxes at all.

What is worse than class warfare is phony class warfare. Slippery talk about “fairness” is at the heart of this fraud by politicians seeking to squander more of the nation’s resources.

We have reached the point where half of Americans pay no income taxes. If we don’t level out the tax burden to the point where everyone pays something, we will find ourselves with a very small number of people trying to support those who are not paying taxes and have no interest in what the tax rate is. We are almost there already.

In a market economy, people pay us for benefiting them in some way — whether we are sweeping their floors, selling them diamonds or anything in between. Disparities in our ability to create benefits for which others will pay us are huge, and the skills required can develop early — or sometimes not at all.

The article reminds us that most of the professional golfers on the PGA tour have never won a tournament, but a few golfers such as Arnold Palmer, Jack Nicklaus and Tiger Woods have won many.

There is a cultural aspect to this as well. In an ethnic groups where achievement in school in encouraged, there will be more students getting the education they need to succeed when they enter the work force. If a child is taught a good work ethic, he will achieve some measure of success. There was a recent study that showed that if a young person finished high school and got married before having children. his chance of being poor was much less than if he did not do those things. We don’t control our circumstances, but we are responsible for our actions, and to a great extent, those actions will be responsible for our success.

Higher achieving groups — whether classes, races or whatever — are often blamed for the failure of other groups to achieve. Politicians and intellectuals, especially, tend to conceive of social questions in terms that allow them to take on the role of being on the side of the angels against the forces of evil.

This can be a huge disservice to those individuals and groups who are lagging behind, for it leads them to focus on a sense of grievance and victimhood, rather than on how they can lift themselves up instead of trying to pull other people down.

Again, this is a worldwide phenomenon — a sad commentary on the down side of the brotherhood of man.