Fox 32 in Chicago is reporting that actor Jussie Smollett was indicted today in Chicago by special prosecutor Dan Webb, stemming from the alleged racist and anti-gay attack on him that occurred in January of 2019.

Smollett is due in court February 24 at the Criminal Court Building at 26th and California. He is indicted on six counts, accused of lying to Chicago police when he reported the attack last year, special prosecutor Webb said. Smollett faces six counts of disorderly conduct.

Mr. Smollett’s story was fishy from the start. As I am sure you remember, Jussie Smollett claimed to have been attacked by two Trump supporters wearing MAGA hats and shouting racial slurs. The attackers were also accused of shouting, “This is MAGA country.” That in itself should have raised suspicions–does anyone really believe that Chicago is MAGA country?

“Dan K. Webb, special prosecutor for Cook County, today announced that the Office of the Special Prosecutor (“OSP”) has now completed all of its investigative steps regarding Jussie Smollett, and has made the decision to further prosecute Mr. Smollett. Based on the recommendation of the OSP, a Cook County grand jury returned a six-count indictment charging Jussie Smollett with making four separate false reports to Chicago Police Department officers related to his false claims that he was the victim of a hate crime, knowing that he was not the victim of a crime,” Webb said in a statement.

Please follow the link to the article to read the details of the case.

The Washington Free Beacon posted an article yesterday about the latest news on the Jussie Smollett case.

An Illinois judge assigned a special prosecutor to investigate the alleged hate crime hoax carried out by Empire star Jussie Smollett and the handling of the case by the state’s attorney’s office.

Cook County state’s attorney Kim Foxx came under scrutiny for the deal reached with Smollett, who did not admit to guilt and forfeited his bail in return for charges being dropped. Despite having claimed to have recused herself and handing it to an “acting state’s attorney,” Foxx later claimed she never formerly recused herself and the announced recusal was only “in a colloquial sense.”

But Judge Michael Toomin of the Cook County circuit ruled Friday there is no provision in Illinois law for an “acting state’s attorney,” and that Foxx was supposed to allow a judge to appoint a special prosecutor. The case was therefore prosecuted by “a fictitious office having no legal existence.”

“Although disqualification of the duly elected State’s Attorney necessarily impacts constitutional concerns, the unprecedented irregularities identified in this case warrants the appointment of an independent counsel to restore the public’s confidence and integrity of our criminal justice system,” Toomin wrote.

There are some serious questions as to what exactly happened during the supposed hate crime reported by Mr. Smollett. It is nice to see that the city of Chicago is attempting to answer those questions.

CBS Chicago posted an article yesterday about the attack on Jussie Smollett. It seems that what was originally reported does not seem to be true. As I am sure you remember, Jussie Smollett claimed to have been attacked by two Trump supporters wearing MAGA hats and shouting racial slurs. The attackers were also accused of shouting, “This is MAGA country.” That in itself should have raised suspicions–does anyone really believe that Chicago is MAGA country?

Jussie Smollett paid two brothers to stage an attack against him, directed them to buy items used in the alleged assault and actually rehearsed it with them, sources say.

Sources say at least one of the brothers bought the rope used in the incident at Smollett’s request. The sources also say the “Empire” actor paid for the rope, which was purchased at the Crafty Beaver Hardware Store in the Ravenswood neighborhood the weekend of Jan. 25.

Obviously, the actor is denying that the attack was staged:

“As a victim of a hate crime who has cooperated with the police investigation, Jussie Smollett is angered and devastated by recent reports that the perpetrators are individuals he is familiar with. He has now been further victimized by claims attributed to these alleged perpetrators that Jussie played a role in his own attack. Nothing is further from the truth and anyone claiming otherwise is lying.

“One of these purported suspects was Jussie’s personal trainer who he hired to ready him physically for a music video. It is impossible to believe that this person could have played a role in the crime against Jussie or would falsely claim Jussie’s complicity.

So what might be the motive for a staged attack? Consider that the mainstream media would quickly publicize any attack they could tangentially attach to President Trump. Therefore, the attack would make the news. Consider that actors tend to seek publicity.

Stay tuned. I think CBS Chicago has stumbled on the truth. 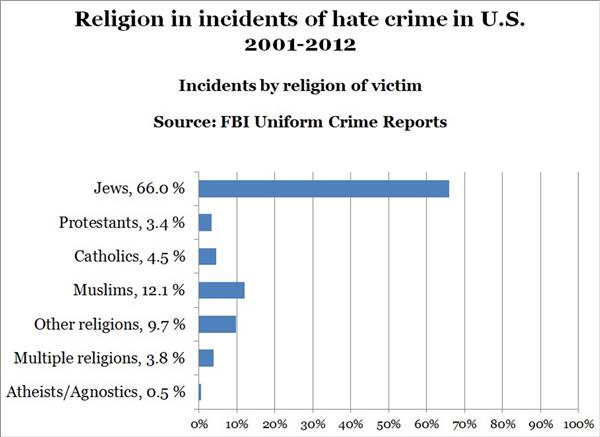 In 1998 Matthew Shepard was murdered near Laramie, Wyoming. The press immediately dubbed it a hate crime and called for laws against hate crimes. There was much talk about homophobia, intolerance, etc. Well, not so fast. A book is coming out next week entitled, “The Book of Matt.” The book was written by Stephen Jiminez, who has interviewed over 100 people including Shepard’s friends, friends of the killers, and the killers themselves.

Breitbart.com posted an article about the book yesterday. The book tells a different story of the murder of Matthew Shepard than the one we were told in 1998.

The book relates the following:

But what really happened to Matthew Shepard?

He was beaten, tortured, and killed by one or both of the men now serving life sentences. But it turns out, according to Jiminez, that Shepard was a meth dealer himself and he was friends and sex partners with the man who led in his killing. Indeed, his killer may have killed him because Shepard allegedly came into possession of a large amount of methamphetamine and refused to give it up.

The book also shows that Shepard’s killer was on a five-day meth binge at the time of the killing.

So what’s the point? Whether or not it was a hate crime, Matthew Shepherd is still dead. Why do the details matter?

Another article posted yesterday at Breitbart.com tells us why the details matter:

A piece in the gay culture magazine The Advocate by Aaron Hicklin lays out the facts about the Shepherd mythology, but it also contains a line that is the Rosetta Stone to understanding how leftist narrative mythology is so pervasive in both the arts in journalism. Despite the clear evidence that the story that Shepard was done in by deadly homophobia was inaccurate and that Shepard was instead killled in a meth-fueled bender by another man who was bisexual, Hicklin states:

There are valuable reasons for telling certain stories in a certain way at pivotal times, but that doesn’t mean we have to hold on to them once they’ve outlived their usefulness.

That is an amazing statement. Unfortunately our mainstream media has lost any respect it might have had for the concept of truth. We are being fed garbage in order to evoke a particular reaction–whether or not what we are being told is true.

The second article I cited at Breitbart.com talks about other cases where the media has ignored the facts in favor of a political agenda. I strongly suggest following the link and reading the entire article. News consumers need to be aware of the aims of those reporting the news. We cannot blindly accept everything we are told.