Yesterday Hot Air posted an article about what is about to happen in Hong Kong. As you may remember, the agreement between China and Britain in 1997 stated that China would respect Hong Kong’s independence for the next 50 years. Well, fifty years sure went by fast.

You may recall that the months of protests in Hong Kong were prompted by an attempt to introduce a new law which might have made it possible for China to extradite people to the mainland for trial. That proposal was eventually withdrawn because of the protests. This time China is simply holding the vote in a place where protests won’t matter. And China is using the authoritarian’s favorite gimmick, claiming opposition to the Chinese Communist Party in Hong Kong isn’t home-grown but based on collusion with “external forces.”

In a clear effort to head off international concerns, China’s Foreign Ministry sent a letter on Thursday night to ambassadors posted to Beijing, urging them to support the legislation and laying out the government’s position.

“The opposition in Hong Kong have long colluded with external forces to carry out acts of secession, subversion, infiltration and destruction against the Chinese mainland,” the letter stated.

American Senators are aware of what is going on. The article notes:

“Reports that the CCP will introduce legislation implementing Article 23 of the Hong Kong Basic Law at this week’s National People’s Congress indicate Beijing will begin an unprecedented assault against Hong Kong’s autonomy. The Basic Law states clearly that the authority to advance Article 23 legislation rests with the executive and legislative branches of the Hong Kong government, and not with Beijing. The Chinese government is once again breaking its promises to the people of Hong Kong and the international community.

“This comes on the heels of a series of other serious blows to Hong Kong’s self-rule in recent weeks, including the advocacy of a law criminalizing disrespect of the national anthem of the People’s Republic of China and pressure on Hong Kong’s legislature that led to the sidelining of pro-democracy legislators.

“The United States will stand resolute in its support of the Hong Kong people. These developments are of grave concern to the United States, and could lead to a significant reassessment on U.S. policy towards Hong Kong.”

China is looking for a way to distract the global community from the Chinese responsibility for the coronavirus. If they can end freedom in Hong Kong at the same time, that’s a side benefit for them. This action should lead to a strong response from western countries. I am not sure it will–but it should. China needs to keep its promise.

Last month, the magazine published an interview between actress Jameela Jamil and feminist icon Gloria Steinem. Their conversation went largely unnoticed by media outlets, but it shouldn’t have – mainly because of the absurd claims the two made. Among them, they insisted that abortion is necessary for democracy. And, they warned, some people control reproduction as a tool for sexism or racism, like white evangelical Trump supporters.

“It took me a while to understand that the first step in every authoritarian regime is controlling reproduction, and that means controlling us,” Steinem said. “Unless we—men and women—have power over our own bodies and voices, there is no such thing as democracy.”

The irony – that abortion violates the bodies and voices of millions of baby boys and girls – was lost on her. The irony that abortion itself can be used to control reproduction was also left untouched.

Steinem went so far as to make a Hitler comparison.

“[E]very authoritarian regime that I have ever read about, including Hitler’s rise to power, every regime starts with controlling reproduction and that means controlling women’s bodies,” she stressed.

Obviously I am missing something, but it seems to be that if women controlled their bodies there would be much fewer abortions. We have birth control. Unwanted pregnancies can easily be avoided or dealt with through adoption. A mother does not need to freedom to kill her child to be free.

The Electoral College has come under fire in recent years. Those objecting to the Electoral College seem to have no idea why it was included in the founding of America. Small states were fearful of being shut out of the process of electing a President and wanted a way to insure that they would have a voice. Without the electoral college, no one would campaign in North Dakota, Idaho, Montana, Kansas, and many other states where the populations are not as dense as some of the coastal states. Without the Electoral College, America would be governed by New York City, Los Angeles, Chicago, Houston, and Philadelphia. Is that really what you want? Evidently Alexandria Ocasio-Cortez thinks that would be a good idea.

The Washington Times posted an article today about Representative Ocasio-Cortez’s recent remarks about the Electoral College.

The Democratic congresswoman posted an Instagram story Monday that started with her driving along a deserted highway and joking about how many votes there are in rural America.

“We’re coming to you live from the Electoral College,” Ms. Ocasio-Cortez said, National Review reported. “Many votes here, as you can see. Very efficient way to choose leadership of the country. I mean I can’t think of any other way, can you?”

“Due to severe racial disparities in certain states,” the congresswoman said in her video, “the Electoral College effectively weighs white voters over voters of color, as opposed to a ‘one person, one vote’ system where all our votes are counted equally.”

What Representative Ocasio-Cortez wants is a democracy. We are a representative republic. She needs to go back to school and study American history. 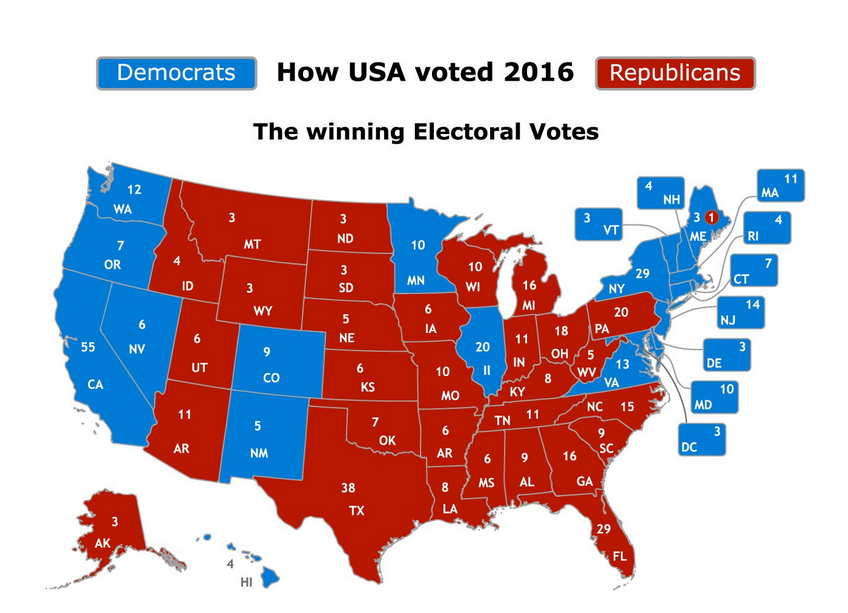 The thing to remember when watching events in the Middle East is that the propaganda war is as important (if not more so) than what is actually happening on the ground. This was made evident recently with a video that has gone viral.

The Blaze posted the story and the video today:

It is amazing how a supposedly seriously wounded man could push away medical help with his foot! The video is also available on YouTube.