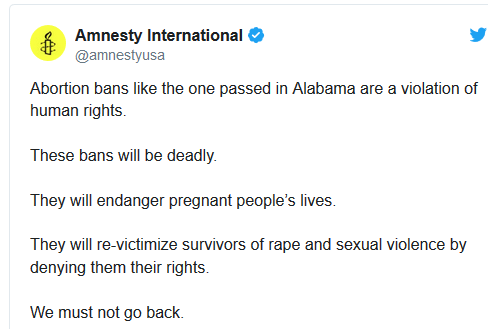 This is a screenshot of something posted on Don Surber’s blog this morning: 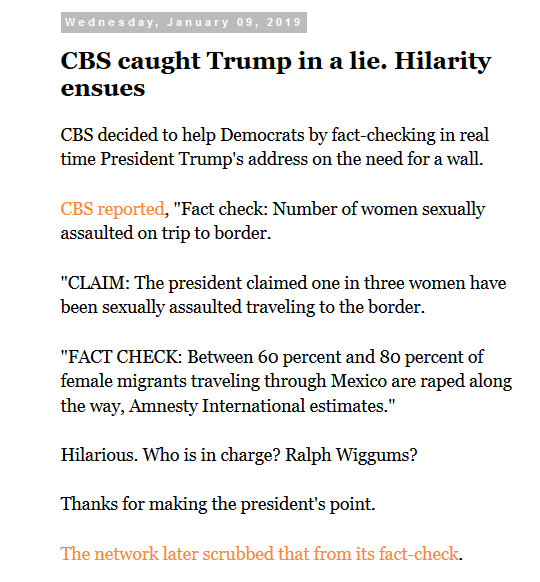 This article is not a joke. I found it in a number of places. The source I have chosen to use is World News Daily Report.

World News Daily Report posted an article on June 7 that included the following:

Riyadh | In an unprecedented ruling, a panel of Saudi scientists has concluded that women are actually mammals, granting them the same rights as other mammal species such as camels, dromedaries and even goats.

The verdict, which fell just hours before the International Women’s Day, is considered “historic” by some experts and advocacy groups for women’s rights.

“This is a great leap forward for women’s rights in Saudi Arabia,” concludes Jane Austin, spokeswoman for the Women’s Liberation Action Network. “It may seem too little, too late, but it is truly a milestone event for all women in the region,” she says, visibly excited. “From now on, women will be considered as members of the mammal class, whereas before women shared the legal status of an object, similar to that of a home appliance,” she admits.

It is good to know that if I were ever to travel to Saudi Arabia, I would not be valued on the same level as a home appliance.

“This verdict shows the incredible progress the women’s rights movement has made in the past 50 years,” she admitted in a press conference this morning. “Finally, women will no longer be simply considered as objects without souls, but as full-fledged mammals, with the same rights as other animals of their species such as camels and goats,” she said, visibly emotional. “Women are still far from being considered 100% human, but their condition will improve drastically with this decision,” she firmly believes.

The fact that women “are still far from being considered 100% human” tells you all you need to know.

As the percentage of Muslims increases in America, there will be more pressure put on American lawmakers to institute Sharia Law. Sharia Law is NOT compatible with the U.S. Constitution ( which our lawmakers have taken an oath to uphold). Sharia Law is not some harmless thing that can be put in place to make Muslims feel more at home. Sharia Law includes honor killings, female genital mutilation, discrimination against women, killing infidels, killing homosexuals, and having multiple wives–just to name a few items that might be a problem.

“It could create significant turmoil in the current legal state of affairs and the judiciary system of Saudi Arabia,” says political analyst specialized in the Middle East, Anthony Bochstein. “If before women had the same rights as a chair or a table and were seen more as individual property, they now have an equivalent status to certain animal species, and thus must receive, at the very least, feeding, watering and be conferred a minimum of attention and respect, which was not the case previously,” he explains.

According to the expert panel that ruled on the matter, women are still devoid of a soul but have been shown to possess qualities common to the mammal species, which would explain their ability to procreate and breastfeed, as well as why they are equipped with seven cervical vertebrae, a characteristic unique to the mammal species.

CLAY had one minute to present its case for membership, followed by no deliberations whatsoever. Immediately after the presentation, one representative from each of the 96 member organizations of Dwight Hall voted. The exact tally is unknown to those outside Dwight Hall, but a majority voted against the pro-life group.

The article explains one reason for the opposition:

On the day before the vote, one of the student leaders of Dwight Hall wrote an op-ed in the Yale Daily News that asked fellow student leaders to reject CLAY’s petition for membership. Andre Manuel argued that the vote was not a matter of free speech but of a difference in opinion over the definition of “social justice.” According to Manuel, a group that denies reproductive rights cannot have a claim to an organization that promotes social justice.

Obviously, this social justice group sees no injustice in killing the unborn.

But the group’s work is not limited to such activism (pro life activism). In recent years, with the opening of a nearby crisis pregnancy center, CLAY members have devoted themselves to volunteering and serving mothers in their time of material, emotional, and spiritual need.

All of these aspects of CLAY certainly fit within Dwight Hall’s purported mission “to foster civic-minded student leaders and to promote service and activism in New Haven and around the world.” By rejecting the group, Dwight Hall has made clear that its definition of “social justice” — with member organizations ranging from Amnesty International to Students for Justice in Palestine — does not include active service to the community by conservative groups.

This is what our young adults are being taught about social justice at one of the most prestigious schools in the nation. What a disgrace.

On Friday, Fox News posted a story about the people behind the scenes who support the closing of the terrorist prisoner camp at Guantanamo Bay, Cuba. As you remember, President Obama has been attempting to close down this camp since he became President. Congress has opposed the move because of the complications of relocating prisoners and the risk of allowing prisoners to go free. The majority of the prisoners who have been set free from Guantanamo have returned to the battlefields of Iraq and Afghanistan to fight again. There are some genuine questions as to whether terrorists can be rehabilitated. There are also some very prickly legal questions about bringing these prisoners into the United States–do they get the see the methods we used to collect evidence against them, do they have Miranda rights, etc.?

…Al-Naimi was recently exposed by the U.S. Treasury Department in December 2013 as a long-term major financier of Al Qaeda.

…Center for Constitutional Rights. CCR was founded by far-left civil rights lawyer William Kunstler in the 1960s, a man who told the press his goal was to “destroy society from within.”

…CCR is currently funded by groups like the “1848 Foundation,” named after the year Karl Marx’s Communist Manifesto was published and revolutions swept through Europe.

…Reprieve. A British organization led by blogger Andy Worthington, it pressures release of British citizens and residents.  Ethiopia’s Binyam Mohammed, a British resident, allegedly plotted to blow up high rise apartment buildings in the U.S. with a dirty bomb; Ruhal Ahmed, Asif Iqbal, and Shafiq Rasul, a.k.a., the Tipton Three, ethnic Pakistanis went to fight for jihad in Afghanistan but were caught by the Northern Alliance in Nov. 2001; and Shaker Aamer, a Saudi citizen with British residence, alleged to have led a unit of Al Qaeda fighters in Tora Bora, and reportedly a former close associate of Usama Bin Laden, shoe-bomber Richard Reid and 20th hijacker, Zacharias Moussaoui.

…World Can’t Wait. This organization is believed to have been founded by members and supporters of the Revolutionary Communist Party & Anarchists.

…Jason Leopold. Leopold is a former Los Angeles Times investigative journalist with a checkered past.  According to Fox News media critic Howard Kurtz, writing in a 2005 Washington Post feature, “Leopold says he engaged in ‘lying, cheating and backstabbing,’ is a former cocaine addict, served time for grand larceny, repeatedly tried to kill himself and has battled mental illness his whole life.”

Are these really organizations and people that Americans should find themselves in agreement with?

Today American Pastor Saeed Abedini, a U.S. citizen, was placed in solitary confinement in Evin Prison in Iran. The American Center for Law and Justice (ACLJ) is reporting that Pastor Abedini and nine other prisoners have been moved to solitary.

“Saeed has internal bleeding and now issues with his kidneys because of the beatings,” said Naghmeh. “We believe that he is being beaten in solitary confinement. We have no way of finding out about his health. There will be no more visitations allowed and we will have no way of knowing how Saeed is doing. Saeed had previously told his family that when he was in solitary confinement in the past, that was the hardest time in his life. That every hour was like one year and that he was losing his memory and his health was deteriorating quickly. Please pray for his health and healing. Pray for his release. Pray that the Lord would use this for His Glory and salvation of many.”

Pastor Saeed is an American citizen. Today is his 215th day of imprisonment.

The latest developments underscore the brutality of Iran’s continued violation of human rights – imprisoning, torturing, and refusing medical care for Pastor Saeed merely because of his faith. This treatment not only violates international law, but is abhorrent. We know that a tactic used by the Iranians is to place prisoners in solitary confinement in an effort to get them to give into the demands of prison officials – in Pastor Saeed’s case, to recant his Christian faith. He continues to refuse to do so, and the only thing sustaining Pastor Saeed at this time is his Christian faith. We know that continues to provide him with strength and comfort during this most challenging time.

Where are the usual human rights groups on this–Amnesty International, the Red Cross, the United Nations? Where is the American government? Have we reached a time when Americans overseas will not be protected in any way by their government? Do we as Americans have the national character to do something to save this man’s life?

Yesterday the U. K. Telegraph reported that Russia and China had vetoed a United Nations resolution to back an Arab League plan to end the violence in Syria. The problem issue was a requirement that the Syrian government withdraw tanks and artillery from the streets. Syria had agreed to do this in November. On Friday it was reported that the Syrian government had killed hundreds of civilians in the city of Homs.

This would seem to be an obvious situation for the United Nations, Amnesty International, and various human rights groups to be involved with. Where are they?

Why would Russia and China veto this? Syria is a puppet state of Iran. Iran does not want the government of Syria to fall. Russia and China have been supplying Iran with nuclear material and knowledge and have been doing a lot of trading with Iran. This is all in keeping with the policy of ‘the enemy of my enemy is my friend.’ Russia and China are not friends of the United States. Their governments do not wish us well, although many of their people do not share those feelings. The United Nations is powerless because it has been taken over by dictators. It needs to be replaced by an organization that actually supports human rights and will protect innocent civilians.