Generally speaking, The New York Times has been immune from the fact checkers. Somehow they are willing to overlook the misinformation and ‘leaked from anonymous sources’ misinformation that The New York Times routinely prints. The latest example of this is a claim by the times that “there had been a “longstanding American policy treating the settlements as illegal” prior to Secretary of State Pompeo’s 2019 reversal of that purported policy. (“Mixed Signals on Israeli Annexation Reflect Split Among Officials,” June 22, 2020, David Halbfinger and Michael Crowley.) That is simply not true.

CAMERA (Committee for Accuracy in Middle East Reporting and Analysis) notes the following:

• Note that the New York Times itself repeatedly reported on Reagan’s view that settlements aren’t illegal, and in the past several years has twice published corrections after wrongly suggesting the U.S. had consistently viewed settlements as illegal.

• Just as those corrections were appropriate, so too is it necessary to correct last week’s piece by Halbfinger and Crowley.

• Note that memos by past legal advisors in the State Department archive are advisory, and do not set policy or bind subsequent U.S. presidents. While Carter administration legal advisor Herbert Hansell believed settlements were illegal, the Reagan administration rejected that view.

To be fair, the Times isn’t the first to make this mistake. In October 2016, the Washington Post corrected its claim that the U.S. regarded settlements as illegal. A month later, the Associated Press corrected the same claim. The following month, The Times (UK) corrected, as did ABC News and the Times of Israel. In 2018, the Times of Israel corrected again. The Financial Times corrected this same error in November 2019. And two days later the Economist ran a correction of its own.

Even the New York Times itself has, in the past, corrected this false claim. After a March 2017 editorial asserted that the U.S. “has consistently held that settlement building in the occupied territories is illegal,” a correction clarified, “An earlier version of this editorial incorrectly stated the United States’ position on settlement building in the occupied territories. It has been highly critical of the activity, but has not consistent [sic] held it to be illegal.”

From the news side, an August 8, 2013 correction in the NY Times likewise acknowledged that “the United States has taken no formal position in the last several years on whether [settlements] are legal or illegal.”

Unless those corrections were themselves in error, last week’s claim about a “longstanding” policy that settlements are illegal (and a similar claim last November by the same reporter, David Halbfinger) can’t be true.

This sort of reporting by The New York Times might help explain why much of the Jewish vote (generally readers of The New York Times) is misinformed on America’s policy toward Israel and the value of Israel in the world community.

Economists seems to have a problem lately correctly predicting economic growth. They always seem a bit surprised when the numbers come in higher than what they predicted. Well, it has happened again.

The Gateway Pundit is reporting the following today:

The fourth quarter GDP number was released on Thursday and beat expectations at 2.6%.  Economists expected a 2.2% GDP rate.

CNBC says the GDP report was only preliminary, it would mean average growth for the year was 3.1 percent.

...Ronald Reagan brought forth an annual real GDP growth of 3.5% . Barack Obama, with his abysmal policies, was lucky to average a GDP growth rate of slightly greater than 1%.

…Barack Obama was the first President ever to never surpass an annual rate of 3% GDP growth!  This resulted in Obama being rated the worst economic President ever!

Obama’s Congressional Budget Office (CBO) forecast in 2016 that America would never see 3.0% economic growth again. They had given up and Hillary was their candidate.

President Trump did win the election in 2016 and his Director of the White House National Economic Council Larry Kudlow said in early December that the U.S. economy is growing at a rate greater than 3% –

This is good news for people in the job market and people entering the job market. Jobs are becoming more plentiful and salaries are rising. 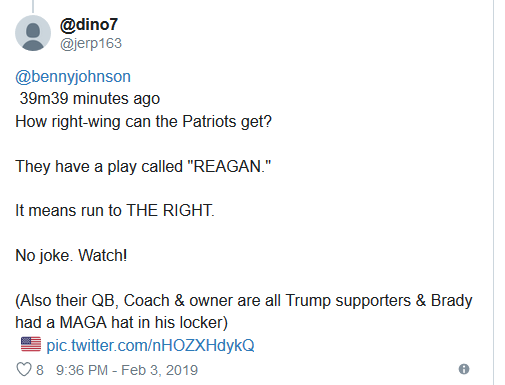 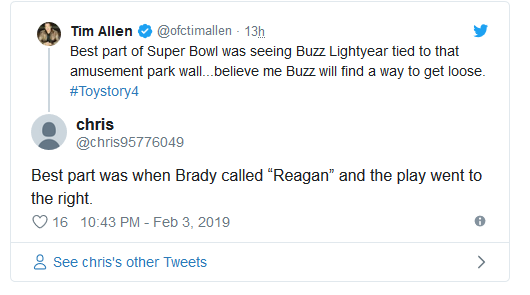 March 30, 1981, was the day that President Reagan was shot. The Daily Caller posted a very interesting article on the shooting on Friday. It seems that sometimes a small decision can have a lot of impact.

The article at the Daily Caller reported that after the assassination attempt on President Reagan, Mike Deaver felt responsible for the injuries to James Brady. It seems that as they were leaving the hotel, one of the reporters asked a question and Mr. Deaver moved Press Secretary Brady closer to the reporter to answer the question. Mr. Deaver felt that he had put the Press Secretary in the line of fire and was responsible for his getting shot.

Later, Mr. Deaver talked to the neurosurgeon that had operated on the Press Secretary.

The article tells the story:

The doctor listened, thought about it. When Deaver had told his story, the doctor asked, “How tall are you?”

And the neurosurgeon said, “Jim Brady is six feet tall. And if he’d stayed there where he had been before you moved him Ronald Reagan would be dead. Because Brady took the bullet that would have killed Reagan.”

If it had been Deaver standing where Brady was, the bullet would have gone over his head and hit the president.

As it was, we came very close the losing a great President. If Mike Deaver had not wanted to let the Press Secretary answer the question, we probably would have lost Ronald Reagan in that incident. There is a very good book written about the events of that day called Rawhide Down written by Del Quentin Wilber. I strongly recommend it.