Yesterday The Daily Caller reported that the Trump administration’s budget for fiscal year 2021 will take steps to curb what it calls “wasteful” government spending, including cutting funds for, and in some cases outright eliminating, dozens of federal programs, grants and endowments, documents reviewed by the Daily Caller show.

The administration used new guidelines to identify fiscally inefficient programs. The cuts will target agencies with overlapping and similar goals, agencies that provide similar or identical services to the same group of recipients, programs without a clearly defined federal role, federal programs that mirror state-level initiatives and erroneous payments.

The budget calls for eliminating the following programs entirely:

The administration also identified several categories of government spending in desperate need of additional government oversight, including travel, employee conferences or workshops, subscriptions, marketing, entertainment, office refreshments and end-of-year “Use It or Lose It” spending. The chapter cites expenditures by 67 federal agencies from December 30-31, 2018 which totaled $97 billion and included more than $15 million worth of fine china, lobster, alcohol, recreational, musical, and workout equipment.

The article notes that the President has had assistance in setting out his program:

The nonprofit group Open the Books, which assisted OMB in calculating spending inefficiencies, lauded the administration for “declaring war on federal waste.”

“The president’s budget to Congress is the first step toward defending the American taxpayer and stopping egregious waste, fraud, duplication, and taxpayer abuse. It’s a target rich environment,” said Open the Books CEO Adam Andrzejewski when asked about the cuts. “Our team of auditors at OpenTheBooks.com is very proud that our oversight reporting and examples of federal taxpayer abuse are being used by the president and the Office of Management and Budget to spearhead cuts. We applaud the president for taking action.”

Getting this done would be an incredible accomplishment and eventually a real benefit to American taxpayers.

Yesterday The Gateway Pundit posted an article explaining the back story behind the reporting of the latest unforgivable crime committed by President Trump.

Earlier today Speaker Pelosi announced that NEW EVIDENCE by the GAO found that President Trump broke the law by not handing over tax-payer dollars to the corrupt Ukrainian government fast enough.

Pelosi made the announcement on Thursday morning during her impeachment briefing.

The Government Accountability Office issued their opinion on Thursday which just happened to be the same day that Democrats would slow walk their sham articles of impeachment over to the US Senate.
What a coincidence!

For the record… The GAO also accused Barack Obama of breaking the law back in 2014 for swapping 5 Gitmo terrorists for Bowe Bergdahl — but there was no impeachment.

So I guess a temporary delay of aid is less serious that setting terrorists free.

The article includes some perspective from the Office of Management and Budget (OMB)’s Director Russ Vought:

Director Vought:  This GAO opinion comes from the same people who said we couldn’t keep National Parks open during the shutdown. Recently GAO flipped its position twice in the last few months. We wouldn’t be surprised if they reverse again. Regardless, the Admin complied with the law at every step.

It is becoming obvious that the Democrats are desperate to hang some sort of crime on President Trump. We have an election in less than ten months–let the American voters decide.

Economists seems to have a problem lately correctly predicting economic growth. They always seem a bit surprised when the numbers come in higher than what they predicted. Well, it has happened again.

The Gateway Pundit is reporting the following today:

The fourth quarter GDP number was released on Thursday and beat expectations at 2.6%.  Economists expected a 2.2% GDP rate.

CNBC says the GDP report was only preliminary, it would mean average growth for the year was 3.1 percent.

...Ronald Reagan brought forth an annual real GDP growth of 3.5% . Barack Obama, with his abysmal policies, was lucky to average a GDP growth rate of slightly greater than 1%.

…Barack Obama was the first President ever to never surpass an annual rate of 3% GDP growth!  This resulted in Obama being rated the worst economic President ever!

Obama’s Congressional Budget Office (CBO) forecast in 2016 that America would never see 3.0% economic growth again. They had given up and Hillary was their candidate.

President Trump did win the election in 2016 and his Director of the White House National Economic Council Larry Kudlow said in early December that the U.S. economy is growing at a rate greater than 3% –

This is good news for people in the job market and people entering the job market. Jobs are becoming more plentiful and salaries are rising. 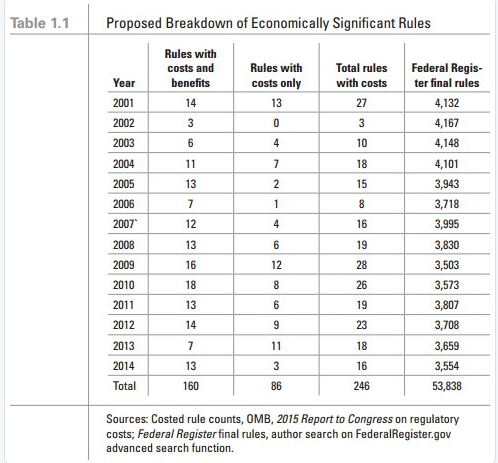