Martin Luther King, Jr., believed in racial equality. He believed that men (and women) should be judged by the content of their character–not the color of their skin. I also think he believed in equal educational and professional opportunities for everyone, regardless of race. Some of these ideas have been lost in recent years.

On March 26, The Hill reported:

Interior Secretary Ryan Zinke downplayed the importance of diversity in the workforce and at his department on multiple occasions, CNN reported Monday.

Zinke made a number of off-the-cuff remarks that insinuated he did not prioritize diversity within the Interior Department, multiple senior administration sources told the network.

The officials said that the secretary instead said multiple times that he valued finding the best people and most qualified applicants, regardless of their cultural or racial backgrounds.

Interior Department spokeswoman Heather Swift denied that Zinke ever made the comments about diversity and denied the claims in the report.

“The anonymous claims made against the secretary are untrue. As a woman who has worked for him for a number of years in senior positions, I say without a doubt this claim is untrue, and I am hopeful that they are a result of a misunderstanding and not a deliberate mistruth,” Swift said in a statement.

People should be hired on the basis of their qualifications. If there is a lack of diversity, we need to improve the educational system so that there will naturally be diversity in the best people qualified for a job. I believe that is what Martin Luther King, Jr., had in mind. Quotas and hiring people for the sake of diversity rather than for their qualifications is just as wrong as disqualifying people because of their race, sex, etc.

We still have a long way to go to achieve the dream of Martin Luther King, Jr.

This is a rambling article detailing some of my memories of the assassination of Martin Luther King, Jr. There are no links–it is strictly my memories of the events–as I happened to be in Memphis at the time. Hopefully you will enjoy reading it. 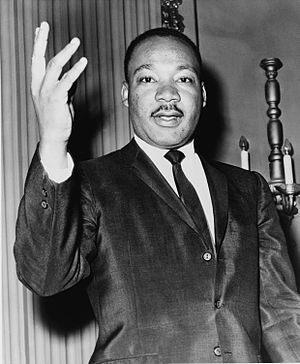 On April 4, 1968, Martin Luther King, Jr., was assassinated in Memphis, Tennessee. My husband and I were temporarily stationed in Memphis at that time and were scheduled to return to his home port in Rhode Island the next day. During the time we were stationed there, I worked as a temporary office employee and made use of the city’s public transportation while my husband drove to the Navy base at Millington every day.

The city had been on edge since February due to a garbage strike and the death of some city employees who were taking a break in a garbage truck when the mechanism engaged.  Martin Luther King, Jr., had visited the city in March, speaking to thousands at Mason Temple.

I was working in downtown Memphis on the day that Martin Luther King, Jr., was shot. Things were tense that day–downtown had been declared ‘off limits’ to military personnel. City buses had been surrounded by crowds and ‘rocked.’  I don’t remember whether or not any buses were tipped over. My husband disobeyed the ‘off limits’ order and came into the city to get me because we were afraid that the bus would not be a safe way to get home.

The night of April 4 was even more tense. I don’t remember whether or not there was a curfew in the city, but I suspect there was. The next day we attended graduation ceremonies for the school my husband had been attending and then headed back to Rhode Island to his next duty station. That weekend we were supposed to visit a classmate of my husband who was part of the Presidential helicopter squadron. Needless to say, when Washington, D. C. had riots, we cancelled those plans.

We had a National Guard escort through Nashville, Tennessee, on the way home. The Guard would allow six or seven cars to go through the city with military vehicles ahead and behind the cars. We had bought a car in Memphis and had Tennessee license plates on the car, so I felt as if we blended in a little better than we might have with Rhode Island plates.

After two days of hard driving, we pulled into my husband’s parents’ house right outside of New York City. The next day we went into New York City and heard a story I have never forgotten. 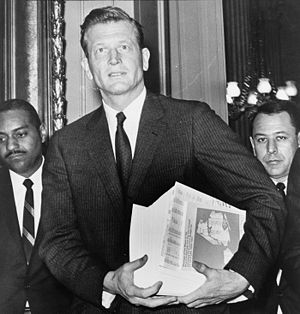 During this time, John Lindsay was the Mayor of New York City. I am making no comment regarding the success or failure of his term as Mayor. We went into the city to the recording studio where my husband had worked before joining the Navy and were talking with another employee who was also a pastor in a black church in Harlem. The Pastor told us what had happened in New York City after the shooting of Dr. King. The Pastor explained why New York City had not had the riots that several other American cities had gone through after the news of the assassination broke. When the news of Dr. King’s death came over the wire, Mayor Lindsay immediately called the pastors of the churches in Harlem and asked them to meet him in the street on the edge of Harlem. He went there with his driver, got out his megaphone and said something like ‘If you want to march, I will march with you.’ That march changed the fate of New York City from one of riots to one of relative peace. Leadership matters.

The next day we headed back to our peaceful home in Rhode Island. It was really good to be home.

U.S. Dist. Judge Paul L. Friedman certified a class of plaintiffs aggregated in 23 separate complaints, including one made by the Memphis-based Black Farmers and Agriculturalists Inc., and its president, Thomas Burrell.

Burrell testified against the proposed settlement in a “fairness” hearing on Sept. 1, arguing that potential claimants should be able to access the much more liberal benefits of the earlier, 1999 settlement known as Pigford I. More than $1 billion has been paid out to more than 22,000 claimants in the first settlement.

Bottom line–there are some people in our society who have figured out a way to get money for nothing, and they want more!

Please take the time to read the article, but the part of the article that caught my eye was the comments.

One of the comments:

THE REAL PROBLEM WITH OUR GOVERNMENTAL SYSTEM – – – –