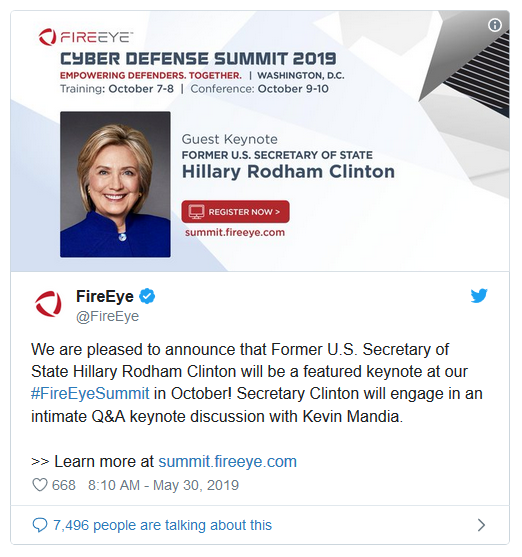 Lisa Page’s testimony stated that the Department of Justice prevented the FBI from charging Hillary Clinton for mishandling classified information. That may or may not have something to do with a meeting on an airport tarmac, but that is the situation.  Let’s take a trip back in time to reexamine the entire picture.

If the FBI had indicted Hillary Clinton for mishandling classified information during the political campaign, Bernie Sanders would have been the candidate and Donald Trump would probably have won. The Democrats would have been up in arms that Donald Trump won unfairly. They are claiming that anyway, but not too many people believe them! Since the Democrats expected Hillary Clinton would win, they assumed the story of the private server would disappear as soon as she took office. Well she lost, and the story is back. But let’s take a look at the consequences of the server.

CHARLES KRAUTHAMMER: This brings us back full circle to the beginning. The question was originally: Why did she have the private server? She said convenience, obviously that was ridiculous…

It was obvious she was hiding something.

And think about it, she set it up in 2009, before becoming Secretary of State. So, she anticipated having exchanges that she would not want anyone to see. So, we’ve been asking ourselves on this set for a year almost, what exactly didn’t she want people to see?

And as we speculated, the most plausible explanation was the rank corruption of the Clinton Foundation, and its corrupt — I don’t know if it’s illegal, but corrupt relationship with the State Department.

And her only defense as we saw earlier– the Democrats are saying, well, there was nothing she did… that was corrupted by donations. You can believe that if you want, but there’s a reason that people give donations in large amounts, and that’s to influence the outcome of decisions. So, this — we are getting unfolding to us, exactly what she anticipated having to hide, and it is really dirty business.

But there is another aspect to this. On August 29, 2018, The Federalist Papers reported:

A new report shows that the Chinese hacked Hillary’s homebrew communication server and reports indicate the Chinese killed 12 CIA sources while the server was at her residence.

The article included quotes from the Daily Caller News Foundation:

…“The Chinese wrote code that was embedded in the server, which was kept in Clinton’s residence in upstate New York. The code generated an instant ‘courtesy copy’ for nearly all of her emails and forwarded them to the Chinese company, according to the sources.”

In other words, an American secretary of state who felt entitled to work on her own amateurish computer system had exposed all of her correspondence to one of the country’s most powerful and dangerous rivals in world affairs.

According to a New York Times report from May 2017, a successful Chinese counterintelligence operation that started in 2010 “systematically dismantled C.I.A. spying operations in the country starting in 2010, killing or imprisoning more than a dozen sources over two years and crippling intelligence gathering there for years afterward.”

“From the final weeks of 2010 through the end of 2012, according to former American officials, the Chinese killed at least a dozen of the C.I.A.’s sources,” The Times reported. “According to three of the officials, one was shot in front of his colleagues in the courtyard of a government building — a message to others who might have been working for the C.I.A.”

Maybe it’s a coincidence, but 2010 was Clinton’s first full year as secretary of state.

So what do we do with Hillary Clinton? If she were anyone but Hillary Clinton, she would be sitting in jail somewhere. However, if she is charged under a Republican administration, the Democrats will cry that the charges are political. But if she is not charged with the mishandling of classified information, it will be political. How in the world do you solve the accountability problem and the political problem?

The Washington Examiner posted an article today revealing some of the details of the testimony.

One of the items in the testimony was the decision not to charge Secretary of State Hillary Clinton with mishandling classified information. The article reports:

Page said Comey and the FBI spoke with DOJ about a gross negligence charge for Clinton multiple times, but that the DOJ consistently pushed back on it. “We had multiple conversations with the Justice Department about bringing a gross negligence charge. And that’s, as I said, the advice that we got from the Department was that they did not think — that it was constitutionally vague and not sustainable,” she said.

Ratcliffe asked if the decision not to charge Clinton with gross negligence was a direct order from the DOJ. “When you say advice you got from the Department, you’re making it sound like it was the Department that told you: ‘You’re not going to charge gross negligence because we’re the prosecutors and we’re telling you we’re not going to,’” he said.

Page is the former FBI lawyer who reportedly carried out an affair with FBI agent Peter Strzok, the lead investigator in the Clinton investigation. The thousands of text messages that they sent back and forth about the Clinton and Trump-Russia investigations raised questions of bias, and Mueller eventually removed Strzok from the special counsel investigation. Strzok was also fired by the FBI.

Page’s testimony raises further questions related to the decision not to charge Clinton with any crimes, including gross negligence, following a lengthy FBI investigation into her email practices that potentially put classified information at risk. After the revelation that then-Attorney General Loretta Lynch met with former President Bill Clinton on a Phoenix tarmac in June 2016, while Hillary Clinton was running for president, Lynch refused to recuse herself from the case while also saying she would accept Comey’s decision on what charges to bring against Clinton. But Page’s testimony indicates that DOJ had shut the door on gross negligence.

The decision on to charge Secretary Clinton was a glaring example of unequal justice. Some of our military have spent time in jail for far less serious offenses. There is also the matter of destroying evidence and deleting subpoenaed documents.

As more testimonies are made public, I wonder if it will change the public perception of the abuses of power that were going on in the final days of the Obama administration.

Yesterday BizPacReview posted an article about a recent tweet by Sharyl Attkisson. The tweet shows the original language James Comey proposed to use about Clinton classified email and the edited version.

The original sentence: “There is evidence to support a conclusion that Secretary Clinton, and others, used the private email server in a manner that was grossly negligent with respect to the handling of classified information.

So what’s the difference?

Shall be fined under this title or imprisoned not more than ten years, or both.

The article further comments on the difference made by the editing:

A social media user offered a stellar explanation of just what the altered sentence achieved.

“And ‘Intent’ was not part of the relevant law. Mishandling classified information for ANY reason was a violation, & a lack of intent should have had no effect on a decision to prosecute,” the tweet read. “Comey simply invented an reason not to act. Then he watered down even that bogus explanation.”

The question now becomes, do we actually have equal justice under the law?

Mishandling classified material is a serious crime in government circles. There are severe penalties for infractions. However, it seems like the current administration is taking a vacation from enforcing those rules (other than when the rules involve General Petraeus).

The agencies that owned and originated that intelligence – the CIA and National Geospatial-Intelligence Agency or NGA – reviewed the emails to determine how they should be properly stored, as the State Department took issue with their highly classified nature. The subject matter of the messages is widely reported to be the movement of North Korean missiles and a drone strike. A top secret designation requires the highest level of security, and can include the use of an approved safe.

The sources, who were not authorized to speak on the record, told Fox News that while the emails were indeed “top secret” when they hit Clinton’s server, one of them remains “top secret” to this day — and must be handled at the highest security level. The second email is still considered classified but at the lower “secret” level because more information is publicly available about the event.

The findings have been transmitted to the State Department, which continues to challenge the intelligence community’s conclusions about the classification of all the emails. But the department has no authority to change the classification since it did not originate the information.

It is time to elect and appoint people to government positions who will put America’s best interests ahead of either political party. Hillary Clinton’s private server was a serious breach of protocol that put sensitive information in the hands of people who are not friendly to America. A private server is much easier for hackers to breech than a government server with layers of security. Putting classified information on a private server was illegal and needs to be handled in a legal matter. I seriously wonder if anyone in the current administration is willing to do that. As of now we do not have equal justice under the law, one of America’s founding principles. That is a serious problem both in this case and in the future.