Hot Air (and many other places on the Internet) are reporting today that America has signed a peace treaty with the Taliban in Afghanistan.

The United States is set to sign a peace deal Saturday with the Taliban, its adversary in Afghanistan’s 18-year war. The deal marks a major turning point in a conflict marred by years of both military and diplomatic stalemate.

One provision of the agreement is the full withdrawal of American troops that is “heavily conditions based,” according to two U.S. officials who have been briefed on the deal. The officials declined to elaborate on what exactly those conditions are. They spoke on condition of anonymity as they were not authorized to discuss the deal publicly.

This is something I was venting my frustrations about on Twitter yesterday. While I would be very pleasantly surprised to be proven wrong, I can’t believe that the promises of the Taliban are worth anything. Also, even if they were being sincere, they don’t control all of the fighters in their country, so their ability to maintain a ceasefire is dubious at best.

I realize I’ve preached this line to all of you in the past, but I’ve not seen anything to sway my opinion much. The Taliban is just waiting for us to leave. If they have to wait another 14 months or another 14 years, they will. They’re very good at waiting for invading armies to grow frustrated and go home. They’ve been doing it forever. And as soon as we’re gone, they will tear now the new government and return to being a primitive, seventh century nation just as they’ve always been. At this point, we should probably just face up to that reality, use this deal as a ticket to pull our troops out and leave them to their own devices.

There are some things to remember when considering the war in Afghanistan. We made two major mistakes in that war that essentially cost us the moral high ground. Because we did not have the courage to face the problem of pedophilia in the country or to eliminate the poppy crop. Both would have been very difficult, but both would have had a positive impact on the blatant corruption in the country. Unless we were willing to overwhelm the population and stay long enough to change the culture, we were not going to be victorious there.

We also need to remember two of the basic concepts found in Islam–hudna and taqiyya. Reliance of the Traveller, which is a classical manual of fiqh for the Shafi’i school of Islamic jurisprudence, states the following:

If the Muslims are weak, a truce may be made for ten years if necessary, for the Prophet (Allah bless him and grant him Peace) made a truce with Quraysh for that long, as it related by Abu Dawud. It is not permissible to stipulate longer than that, save by means of new truces, each of which does not exceed ten years.

The purpose of a truce (hudna) was to give the Muslims time to stockpile weapons and become stronger.

In Islamic law, an obligation to lie exists if it is the only way to achieve an obligatory goal in Islam. Al-Taqiyya is based on a concept in Quaran 3:28 and 16:106. It is also found in the hadith,  the embodiment of the sunnah, the words and actions of the prophet and his family the Ahl al-Bayt (The Twelve Imams and the prophet’s daughter, Fatimah).

We are leaving Afghanistan. Under present conditions, that is a good thing. However, to believe that this will mean that Afghanistan will no longer be a disjointed terrorist state is naive. Afghanistan has never really experienced freedom under a central government. It is naive to believe that we can superimpose a central government that espouses individual freedom over what is currently there. We need to learn the lessons of the American revolution–unless the people are willing to fight for their freedom and respect the Laws of Nature and the Laws of Nature’s God, they will never be free.

Note: the information in this article about the principles of Islam are taken from Stephen Coughlin’s book Catastrophic Failure. It is recommended reading for anyone who wants to understand the Muslim plan for worldwide Sharia Law. 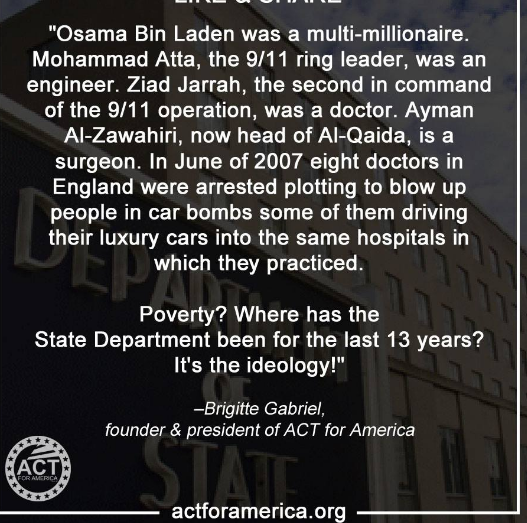 The violence in Islam is not the result of poverty. Those practicing violence are in agreement with the basic tenets of Islam as espoused in the Koran and the Hadith. If you doubt that killing infidels is part of basic Islam, please read Reliance of the Traveller. This book is the accepted translation and explanation of Islamic beliefs. Islam can be practiced without violence, but violent Islam is part of the Koran.

On Thursday, the Detroit Free Press posted an article about Umar Farouk Abdulmutallab, also known as the underwear bomber, who has asked to be released from prison because, as he states, “all Muslims should only be ruled by the law of the Quran.” That is a very interesting statement when you look at it.

Abdulmutallab, who has insisted on representing himself, is scheduled to go to trial Oct. 4 on charges he tried to blow up a passenger airliner with 279 passengers and 11 crew members on Christmas Day 2009 with a bomb in his underwear.

Au­thorities have said that Abdulmutallab is an al-Qaida operative trained in Yemen for the sui­cide mission, which was foiled when a passenger subdued Abdulmutallab. He is facing nu­mer­ous criminal charges, including conspiracy to commit terror­ism.

One of the tenets of the law of the Quran is jihad. The Hadiths (sayings of Mohammed) and interpretations of the Quran command Muslims to carry out jihad until all of the Dar al-Harb (the House of War, where shariah law is not enforced) is brought under the domination of Dar al-Islam (the House of Islam, where shariah law is enforced). In other words, Abdulmutallab was obeying shariah law when he tried to blow up that airplane. Under shariah law, he is not only not guilty of a crime, he is to be commended.

It will be interesting to watch this case unfold. What was needed here was the military trial of a terrorist. This man is a soldier in the war against the infidels. Unfortunately, under the Obama administration, he will be tried in a civilian court.