The American Thinker posted an article today about Dawson Buchanan, a young Trump-supporter.

Dawson Buchanan, a young Trump-supporter, left a disturbing thread on Twitter.  He asserts that he was all set to begin working for a company called Private Jet Services.  However, shortly before he was to begin, PJS fired him.  He finally learned from the owner that PJS had a contract with the National Hockey League.  When the NHL learned that PJS had hired someone who had worked for the Trump company, the NHL said PJS had a choice: Buchanan or the NHL.  PJS opted for the company that helps pay its bills.

What’s important for purposes of this post is that if Buchanan’s facts are accurate, it’s clear that the left is determined to marginalize Trump-supporters and other conservatives.  They have already made absolutely clear that they intended to deny them a voice in a computerized world, to leave them without access to banks, and to make sure that they cannot be employed.  Indeed, Curt Schilling has been told that, as a high-profile conservative, he’s now uninsurable.  I’m sure there’s a lawsuit there, too.  We are to be driven from pillar to post, like lepers of old.

In the long term, the left’s is an unsustainable tactic.  Depending on the circumstances, it’s almost certainly illegal in many cases.  And finally, if leftists are determined to “de-person” Trump-supporters, it cannot end well for America as a whole.  This is the behavior of hardcore socialists, in the communist or fascist mode, not of members of a pluralist liberal democracy.

The article provides a lot more details of the story. Please follow the link to read the entire article.

I refer back to the words of Edwin Black, a Jewish historian, who has stated that the three steps to the concentrations camps in Germany were identify, exclude and confiscate (or deprive of a way to make a living). We are now seeing the beginning of that in America. That should scare all of us.

Project Veritas is known for exposing things that go on behind the scenes. They have a way of showing us what is really going on. They have done it again–they have exposed the prejudice of at least one person at PBS.

The information below was contained in an email I received today from Project Veritas. They have resorted to emails because some of their social networking has been censored.

The email included a video of PBS Principal Counsel Michael Beller stating the following (I can’t figure out how to embed the video):

“We go for all the Republican voters and Homeland Security will take their children away…we’ll put them into the re-education camps.”

“Enlightenment camps. They’re nice, they have Sesame Street characters in the classrooms, and they watch PBS all day.

Project Veritas has also obtained a message sent by PBS CEO Paula Kerger to her staff:

We recently learned that a staff member in PBS’s legal department was targeted by Project Veritas, a far-right activist group that is known for producing deceptive videos. A video of that individual’s personal interaction with an undercover member of Project Veritas was released today.

In response, we issued the following statement:

“This employee no longer works for PBS. As a mid-level staff attorney, he did not speak on behalf of our organization, nor did he make any editorial decisions. There is no place for hateful rhetoric at PBS, and this individual’s views in no way reflect our values or opinions. We strongly condemn violence and will continue to do what we have done for 50 years – use our national platform and local presence to strengthen communities and bring people together.”

Now wait a minute. If you dismissed the employee, why are you accusing Project Veritas of being a far-right activist group known for producing deceptive videos? Was the video accurate? If not, why did you fire the employee? I really don’t think you can have it both ways.

It is disturbing that anyone (particularly a person in a corporation funded with taxpayer dollars) would think any American belongs in a re-education camp. Based on that statement, I am not sure it is the Trump supporters who are intolerant.

The following Tweets were posted at The Conservative Treehouse yesterday: 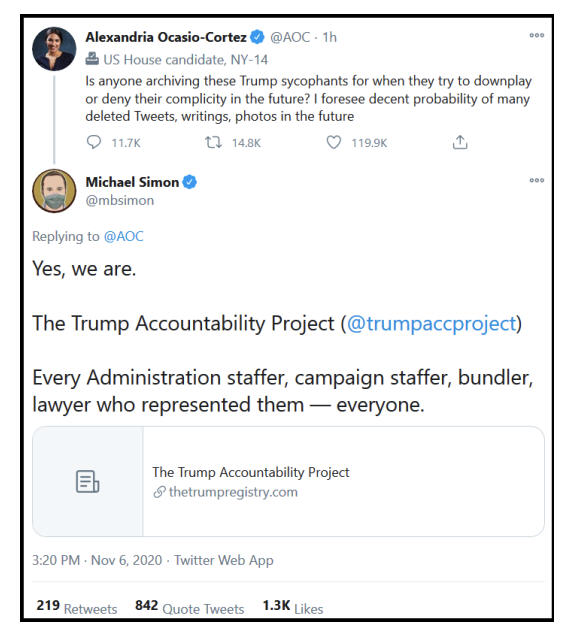 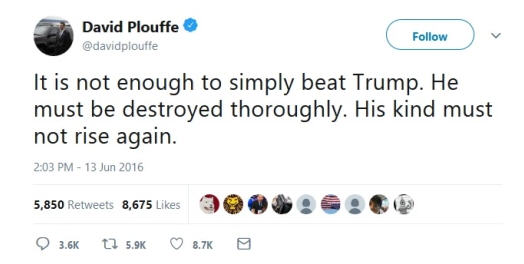 If you are comfortable with this, you really don’t understand what our Founding Fathers intended for America.