This is the transcript of a prayer offered in Congress yesterday. Please note that ‘this transcript was compiled from uncorrected Closed Captioning.’ 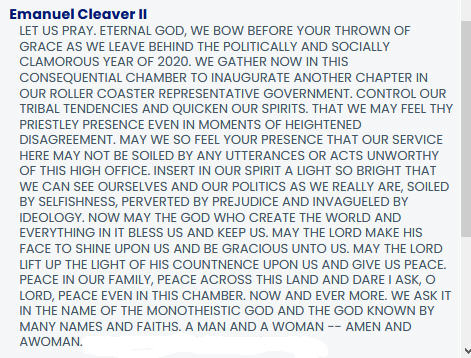 I have some problems with this. The monotheistic god and the god known by many names and faiths? Awoman? What in the world?

Just for the record, the history of America is infused with Christianity. It is not a country of religions of a god known by many names. It is a country founded on Judeo-Christian principles.

In an article posted in November 2019, Christian Action reminds us:

In a letter to Pope Pius XII, President Harry S. Truman wrote, “Your Holiness, this is a Christian Nation.” And his letter made a direct reference to Justice Brewer’s ruling in the Holy Trinity vs. United States court decision.

“More than a half century ago that declaration was written into the decrees of the highest court of this land,” President Truman told the Pontiff. “It is not without significance that the valiant pioneers who left Europe to establish settlements here, at the very beginning of their colonial enterprises, declared their faith in the Christian religion and made ample provision for its practice and for its support.”

In 1931 the Supreme Court once again ruled, “We are a Christian people.” The court also made direct reference Justice Brewer’s 1892 decision for the basis of this claim.

The 1931 case involved a Canadian-born Baptist minister, Douglas Clyde Macintosh, who applied to become a naturalized U.S. citizen. Mr. Macintosh, though he previously served as a military chaplain for the Canadian Army during WWI, objected to swearing an oath of allegiance to the United States if it involved supporting a war that he found morally objectionable.

Writing for the majority in a 5-4 decision, Justice George Sutherland found that “We are a Christian people” and, as such, following the laws of the land is “not inconsistent with the will of God.” In essence, the court acknowledged, significantly, that there was a “God” and that laws passed by “a Christian people” would never violate God’s “will.”

The prayer was simply unacceptable. It did not reflect the values of the majority of Americans. Hopefully someone in Congress will have the courage to speak out against something that is not appropriate in a Christian nation.

According to Snopes (a source I don’t recommend, but happened to be accurate in this case):

In January of 1996, when the Rev. Joe Wright, senior pastor of the 2,500-member Central Christian Church in Wichita, was invited to deliver the opening prayer at a session of the Kansas House of Representatives. On that occasion he offered the following “Prayer of Repentance” (which was not entirely of his own crafting but rather was a version of a prayer written in 1995 by Bob Russell, who had offered it at the Kentucky Governor’s Prayer Breakfast in Frankfort):

Heavenly Father, we come before you today to ask your forgiveness and seek your direction and guidance.

We know your Word says, “Woe to those who call evil good,” but that’s exactly what we’ve done.

We have lost our spiritual equilibrium and inverted our values.

We confess that we have ridiculed the absolute truth of your Word and called it moral pluralism.

We have worshipped other gods and called it multiculturalism.

We have endorsed perversion and called it an alternative lifestyle.

We have exploited the poor and called it the lottery.

We have neglected the needy and called it self-preservation.

We have rewarded laziness and called it welfare.

We have killed our unborn and called it choice.

We have shot abortionists and called it justifiable.

We have neglected to discipline our children and called it building esteem.

We have abused power and called it political savvy.

We have coveted our neighbors’ possessions and called it ambition.

We have polluted the air with profanity and pornography and called it freedom of expression.

We have ridiculed the time-honored values of our forefathers and called it enlightenment.

Search us O God and know our hearts today; try us and see if there be some wicked way in us; cleanse us from every sin and set us free.

Guide and bless these men and women who have been sent here by the people of Kansas, and who have been ordained by you, to govern this great state.

Grant them your wisdom to rule and may their decisions direct us to the center of your will. I ask it in the name of your son, the living savior, Jesus Christ.

I received an email from a friend which included the Reverend Wright’s prayer and the following:

The response was immediate. A number of legislators walked out during the prayer in protest. In 6 short weeks, Central Christian Church, where Rev. Wright is pastor, logged more than 5,000 phone calls with only 47 of those calls responding negatively. The church is now receiving international requests for copies of this prayer from India, Africa and Korea. With the LORD’S help, may this prayer sweep over our nation and WHOLEHEARTEDLY become our desire so that we again can be called “ONE NATION UNDER GOD.”

Ultimately, that is the only answer for America. 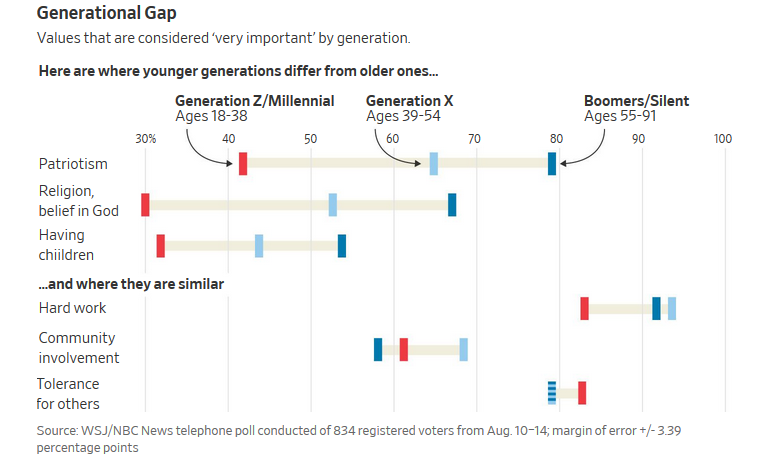 This is a video of some of the news coverage in New Bern during the past few days:

The flooding from Hurricane Florence is mainly in the downtown area. I live about six miles outside of town. We are fine. Our power is restored. Our cable and internet has been restored. Some neighborhoods near us were hit hard. There are some people who are not able to get out of their neighborhoods because of flooding. Prayers are needed.

This is an aerial view of the city: 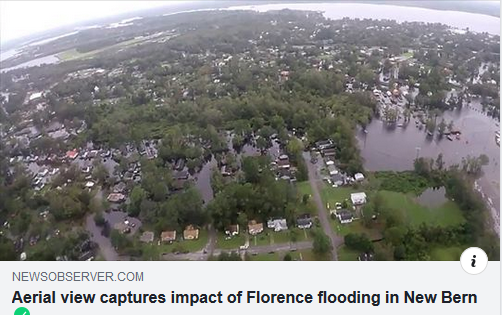