A complete and total blackout. That was how ABC, CBS, and NBC reacted on their Tuesday evening newscasts when the top Foreign Intelligence Surveillance Court judge, Rosemary M. Collyer blasted the FBI for misleading the court when seeking surveillance warrants for a former Trump campaign staffer. The order was damning, accusing an FBI lawyer of a criminal act in intentionally lying to the court. It added that the court’s confidence in the FBI’s evidence was so shaken they needed extra oversight for all cases.

Judge Collyer penned the four-page order declaring: “When FBI personnel mislead NSD [National Security Division] in the ways described above, they equally mislead the FISC.” Much of the order explained the application process for obtaining FISA warrants and what happened in the case of Carter Page; in order for the public to “appreciate the seriousness of that misconduct and its implications…”

On page three of the order, the judge accused an unnamed FBI lawyer of intentionally lying to other FBI personnel and the FISC in turn, which was a criminal act:

In addition, while the fourth electronic surveillance application for Mr. Page was being prepared, an attorney in the FBI’s Office of General Counsel (OGC) engaged in conduct that apparently was intended to mislead the FBI agent who ultimately swore to the facts in that application about whether Mr. Page had been a source of another government agency.

She added that the FISC couldn’t trust anything the FBI told them anymore:

The frequency with which representations made by FBI personnel turned out to be unsupported or contradicted by information in their possession, and with which they withheld information detrimental to their case, calls into question whether information contained in other FBI applications is reliable. 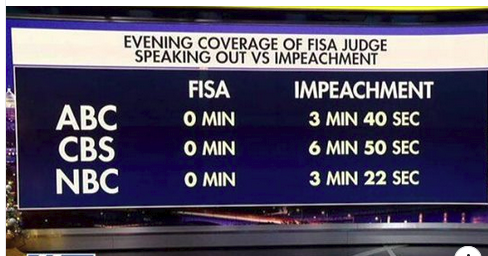 Please follow the link to the CNS News article to read the entire piece. Not only were the civil rights of American citizens violated, the mainstream media has refused to report what is going on.

The Gateway Pundit reported yesterday that there were some serious problems with the audit of the Department of Housing and Urban Development.

The total amounts of errors corrected in HUD’s notes and consolidated financial statements were $516.4 billion and $3.4 billion, respectively. There were several other unresolved audit matters, which restricted our ability to obtain sufficient, appropriate evidence to express an opinion. These unresolved audit matters relate to (1) the Office of General Counsel’s refusal to sign the management representation letter, (2) HUD’s improper use of cumulative and first-in, first-out budgetary accounting methods of disbursing community planning and development program funds, (3) the $4.2 billion in nonpooled loan assets from Ginnie Mae’s stand-alone financial statements that we could not audit due to inadequate support, (4) the improper accounting for certain HUD assets and liabilities, and (5) material differences between HUD’s subledger and general ledger accounts. This audit report contains 11 material weaknesses, 7 significant deficiencies, and 5 instances of noncompliance with applicable laws and regulations.

It’s time for HUD to straighten out its books. It might be a good idea to put someone with an accounting background in charge of the agency at least temporarily. The irony here is that if a business had financial records that were this much in error, its owners would be talking to the Internal Revenue Service and possibly sitting in jail.