On March 25th, I posted an article about an upcoming documentary to be aired on the Public Broadcasting Corporation stations yesterday. The article contained information I had received in my email from The Committee for Accuracy in Middle East Reporting and Analysis (CAMERA).

Today I received the following email from CAMERA:

On Friday March 26, PBS notified CAMERA senior staff that the network would be postponing its broadcast of ‘Til Kingdom Come to enable an independent review of the work. We welcome this important action. As reported last week, we had alerted PBS to the issue of a falsified presidential quote in the film, and the network corrected it.

Given the filmmakers’ flagrant doctoring of that quote to reverse the meaning of a proposal regarding Middle East peace and disposition of the West Bank – a manipulation evidently intended to promote an inflammatory message about Christian Zionist support for Israel – we had urged a thorough vetting of the entire documentary by the network.

We commend PBS for its commitment to editorial integrity in choosing to review the rest of the film and look forward to learning of the results of the analysis.

Thank you to all who contacted PBS to protest the broadcast. We will update you as we learn of any developments.

Obviously, I have no idea if or how the correction will be made, but I am posting this to show you that every person can make a difference. When a media outlet distorts information, your letters or emails matter. The news media in America is owned by five major corporations that are in business to make money. When they hear from news consumers and realize that their ratings are dropping, they will eventually take action. Notice that CNN is no longer in airports. I have no idea what their current viewership is, but I suspect it has dropped significantly. When cable contracts come up for renewal, viewing numbers matter. Even if it doesn’t seem like it, you have a voice. Your letters and emails matter.

A watchdog group that sends out alerts about false reporting on the Middle East sent me the following:

A documentary scheduled to air on PBS on Monday, March 29 distorts facts about and caricatures American Christian supporters of Israel – and includes a doctored quote.

The documentary, titled ‘Til Kingdom Come, was produced and directed by Israeli filmmaker Maya Zinshtein. It portrays American Evangelicals and Jews living in the West Bank as nefariously working together to convince the White House to hand the entire West Bank over to Israel.

To promote the false narrative, filmmakers spliced words President Trump said in the latter parts of a January 28, 2020 press conference announcing his Israeli-Palestinian peace plan into a statement made at the beginning of the same press conference.

This is the quote:

The doctored quote appears 68 minutes into the 76-minute movie. The film’s audio quotes the president as saying: “The United States will recognize Israeli sovereignty over the territory that my vision provides to be part of the State of Israel, including the West Bank described so vividly in the Bible.”

The president did not say this.

A publicly available YouTube video of the press conference in question, from the Washington Post, shows that he said this instead:

“The United States will recognize Israeli sovereignty over the territory that my vision provides to be part of the State of Israel.” (He said this soon after the 14-minute mark of the YouTube video.)

In the actual statement, there is nothing whatsoever about handing “the West Bank described so vividly in the Bible” over to Israel, although he did say some of these words  later in the press conference in a different context when he declared:

“There are many Muslims who never visited Al Aqsa [Mosque] and many Christians and Jews who never visited the holy sites in the West Bank described so vividly in the Bible. My vision will change that. Our majestic biblical heritage will be able to live breathe and flourish in modern times. All humanity should be able to enjoy the glories of the Holy Land.”

In neither one of these phrases did the former president use the word “including.” This word likely came from another section of the press conference (at about 12 minutes and 53 seconds into the YouTube video) where he did use this word.

That is, the quote heard in Zinshtein’s film includes snippets from three different parts of the press conference that are spliced together.

To obscure the alteration, the film shows the president saying the first part of the quote, then inserts a shot of the audience during the middle of his statement, and then returns to show Trump speaking the last section of the fabricated quote.

Altering a presidential statement to misrepresent the content of a key policy address is obviously a blatant violation of journalistic ethics. It appears the filmmakers felt the measured language of the actual quote was insufficient to reinforce their storyline, so they spliced together separate and different passages to create a more extreme – and false – message.

This is an egregious distortion of the historical record and must be corrected before it is aired on PBS.

How many people trust the Public Broadcasting Corporation as an accurate source of news? Obviously they shouldn’t. 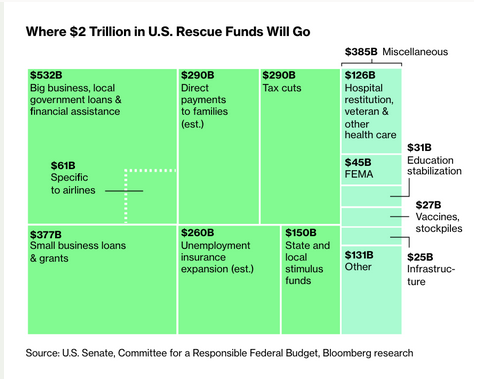 As a grandmother who has purchased numerous ‘Tickle Me Elmo” stuffed animals, Big Bird Books, and various Bert and Ernie dolls, and watched numerous fund raisers on PBS (and occasionally donated), I wonder why Public Broadcasting still needs my tax money. Well, I may have found a clue in an old news article.

In March of 2011, Jim DeMint posted an article at Fox Nation detailing some of the financial information of the Public Broadcasting Network.

...The executives at the Corporation for Public Broadcasting (CPB), which distributes the taxpayer money allocated for public broadcasting to other stations, are also generously compensated. According to CPB’s 2009 tax forms, President and CEO Patricia de Stacy Harrison received $298,884 in reportable compensation and another $70,630 in other compensation from the organization and related organizations that year. That’s practically a pittance compared to Kevin Klose, president emeritus of NPR, who received more than $1.2 million in compensation, according to the tax forms the nonprofit filed in 2009.

I will admit that normally I don’t care how much executives make–that’s between them and their stockholders–but this is a non-profit organization which receives large amounts of taxpayer money (much of which is borrowed from China and will eventually have to be paid back by the children watching Big Bird!). As taxpayers, we are funding this. Is this the best possible use of resources?

Meanwhile, highly successful, brand-name public programs like Sesame Street make millions on their own. “Sesame Street,” for example, made more than $211 million from toy and consumer product sales from 2003-2006. Sesame Workshop President and CEO Gary Knell received $956,513 in compensation in 2008. With earnings like that, Big Bird doesn’t need the taxpayers to help him compete against the Nickleodeon cable channel’s Dora the Explorer.

I had not considered the fact that Dora does not receive taxpayer money, yet seems to be doing very well. I have seen numerous Dora the Explorer backpacks, coloring books, and other goodies among my grandchildren’s toys.

It truly is time to stop borrowing money from China to fund Big Bird.