There are still some legislators that believe raising taxes increases revenue. Up to a point it does, but only up to a point. At a certain level, increased taxes result in people finding creative ways to avoid those taxes.

The tax would effectively label electronic nicotine delivery systems as tobacco products, despite containing no actual tobacco. Vaping advocates argue the tax will harm overall public health in the state by cutting off former smokers’ access to vapor products. They also note the proposal will fail to boost state revenues due to diminished sales, coupled with consumers crossing into neighboring states to buy their vapor products.

Rhode Island is a relatively small state–you don’t have to drive too far to cross into another state. That is what people will probably do to avoid this tax.

The article lists the problems with the proposal:

First, these are not tobacco products. The state plans to tax them under the same category, despite the fact that there is no tobacco involved in the process. Further, the tax applies to the equipment used to “vape” the liquid nicotine. Compare that to the tax system applied to tobacco. Even the worst sin taxing states haven’t tried applying that sort of a penalty to buying a pipe.

Next, as noted above, the damage to the nascent vaping industry will be epic just as it was in Pennsylvania when they instituted a 40% tax. After the tax went into effect, more than one hundred new businesses shut down just in the greater Philadelphia region.

In terms of health, not only will this likely push people who managed to quit cigarettes by switching to vaping back to tobacco, but new vapers who have probably developed a habit may feel compelled to go try smoking cigarettes for the first time. Rather than allowing this new technology to continue to help people quit smoking, a tax such as this will likely lead to the opposite effect, creating a new generation of smokers who find it more economically practical to light up rather than vape.

And finally, in terms of raising revenue for the state, this scheme never works. Every time states push for a big new sin tax on tobacco it blows up in their face and that’s what going to happen to a vaping tax as well. In 2016, New York State actually lost a half billion dollars in tax revenue on tobacco rather than seeing an increase.

This is a picture of the Laffer Curve: 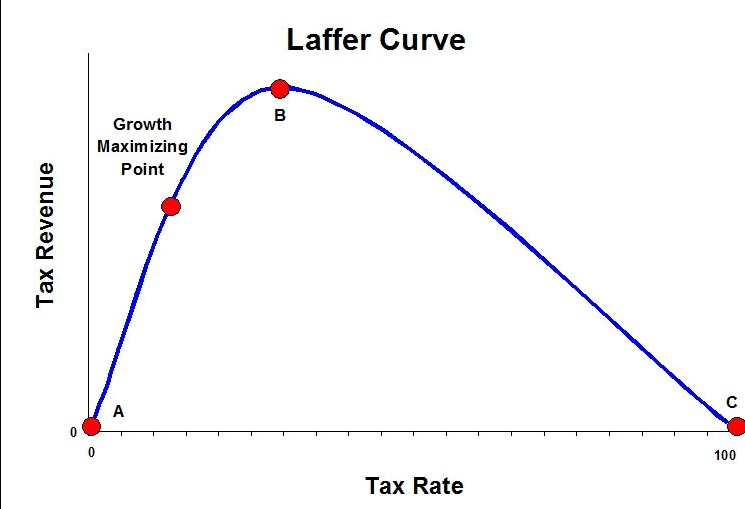 The Laffer Curve is simply a representation of how human nature responds to increased taxes. When taxes reach a certain point, people begin to look for ways to avoid them, and tax revenue goes down. That is exactly what will happen if the tax on vapor products and equipment in Rhode Island becomes law. People will make the trip to neighboring states rather than pay the increased tax. As an unintended consequence, the vaping industry in Rhode Island will be destroyed, and more people will make the trip to Foxwoods to buy cigarettes to avoid the cigarette tax.