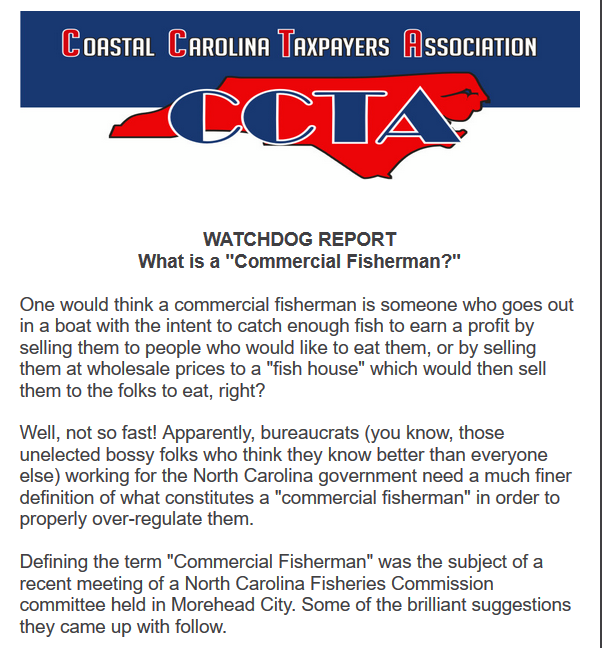 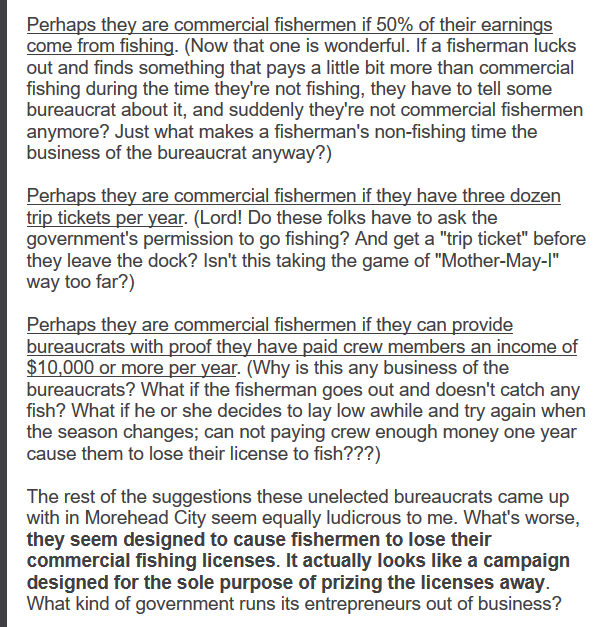 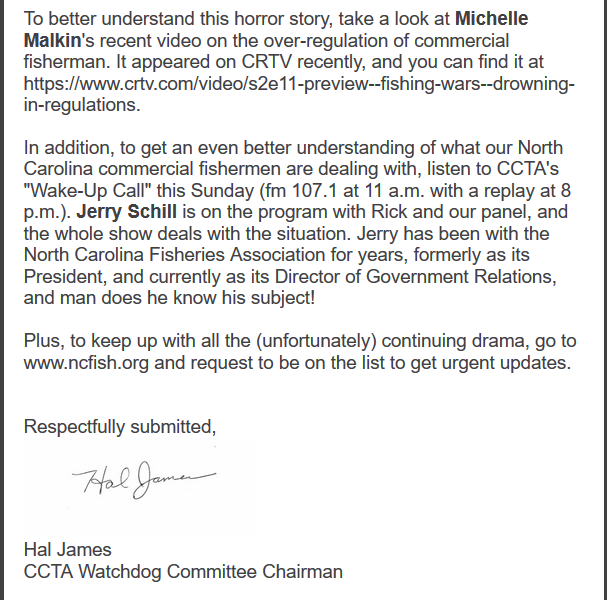 I appreciate air conditioning–particularly after moving to North Carolina. However, there is one area where I have a sightly different view of air conditioning. The biggest mistake America ever made was air conditioning Congress. Had we allowed our Congressmen and Senators to sweat it out in the former swamp that is now Washington, D.C., we would probably have been a lot better off. They would have gone back to their districts in the summer and might have done a better job of staying in tune with their constituents.

Michelle Malkin  also posted some comments on the subject at CNS News:

Perhaps the head of the Catholic Church, who condemned “the increasing use and power of air-conditioning” last week in a market-bashing encyclical, is unaware of the pioneering private company that has donated its time, energy and innovative heating, ventilating and air-conditioning equipment to the Vatican‘s most famous edifice for more than a decade.

That’s right. While the pontiff sanctimoniously attacks “those who are obsessed with maximizing profits,” Carrier Corporation — a $13 billion for-profit company with 43,000 employees worldwide (now a unit of U.S.-based United Technologies Corp.) — ensures that the air in the Vatican’s Sistine Chapel stays clean and cool.

Has the Pope considered the benefits of air conditioning to people with asthma and allergies–the fact that it filters out pollen and can limit the number of mold spores coming into the house?

Townhall.com posted an article today by Michelle Malkin about a new trend in education–teaching children social justice. One definition I found of social justice is, “promoting a just society by challenging injustice and valuing diversity.” Sounds pretty good, but somehow I don’t think that is what they mean. Many of our colleges teach social justice, but do they value diversity? How many conservative Christians do you find teaching on the average college campus? But I digress.

In Massachusetts, the John J. Duggan Middle School will open on August 25 with a new name and mission. It is now a “social justice magnet school.” As a hiring advertisement for teachers explained earlier this year, the emphasis will be on “helping students develop the necessary skills to analyze and synthesize information and to generate empathy by looking at multiple sides of important issues facing the world, be that hunger, water quality, racial barriers, child labor or imbalance of power.”

Concise writing, as you can see, is not on the social justice pedagogues’ agenda.

Oh, and forget about memorizing times tables or mastering the scientific method. The new principal says the school’s primary job is teaching “fairness.” Duggan Middle School’s junior lobbying factory is “serious about creating 21st century global citizens, and it begins with understanding who we are as members of each of those communities.”

At the risk of being called a mean, old grandmother, when are we going to explain to our children that life isn’t always fair? When are we going to tell them that everyone encounters some sort of barrier in their life and that the goal is to learn how to overcome those barriers, not wallow in them. Imbalance of power has been with us since the stone age, does teaching the children multiple sides of the issue (assuming there are multiple sides) contribute in any way to their education? Good grief!

How about teaching the children how to read, how to do math facts, and how to solve problems? They will figure out the social justice on their own.

Just for the record, my definition of social justice is allowing me to keep what I earn and allowing you to keep what you earn. If the numbers are uneven, one of us needs to learn how to be a more valuable employee or how to start his own business!

Howie Carr posted a wonderful article at the Boston Herald today detailing some of the consequences of the re-election of President Obama. The focus of the article is the fact that the people who voted for him will suffer the same consequences of his victory that the rest of us have to deal with.

The article lists some of those consequences:

Take the instructors at Community College of Allegheny County in Pittsburgh.

Their hours are being cut back so the college can get around Obamacare. All you teachers, hope you enjoy being adjunct professors, because you ain’t getting tenure anytime soon. Wonder who they all voted for on Nov. 6?

One story had a quote from a CCAC English instructor who had a “vague hope” that his health care insurance costs would be going down under Obamacare.

…Fortunately, all the “womyn’s studies” instructors at CCAC can pick up their insurance by getting jobs at, say, Olive Garden. But wait, I forgot — many fast-food and supermarket chains are also cutting back to work weeks of 29 A hours maximum.

(Employers have to provide health insurance to anyone who works at least 30 hours.)

Now, not only is he not going to be eligible for full insurance, he’s taking a $600 a month pay cut because of his reduced hours.

Howie Carr also lists the financial decisions made as a result of the election:

You know, like George Lucas. Only thing is, he just sold his Star Wars studio to Disney for $4.05 billion to beat the Jan. 1 tax Armageddon. By some accounts, Han Solo’s real father will be saving more than $200 million.

…How about the Walton family, the owners of Wal-Mart.

Their scheme is to pay out this quarter’s dividends on Dec. 27 instead of Jan. 2. That’ll save ’em a cool $180 million. The rich get richer and the poor get … part-time jobs.

The problem with raising taxes on the rich is that most of the rich are rich because of hard work and smart decision-making. Does anyone believe that ‘the rich’ don’t have the brains (or the accountants) to avoid many of the confiscatory taxes the Obama Administration has in store for them? Taxing the rich will not bring in more money (google the “Laffer Curve”), it will simply change the shape of the job market and result in American money leaving the country.  But, as I said, we will all face the consequences of this election.

When I began this blog, my children asked me not to connect my name and address with the blog. They feared that someone would get upset at what I wrote and choose to attack a little old lady. I thought they were being ridiculous, but I have generally respected their wishes. Something has been happening lately that shows the wisdom of their request.

There are a few links to the story I am about to tell–Michelle Malken, Datechguy’s Blog, and Ed Morrissey at Hot Air.

Over the past year, Aaron Walker (who blogged as “Aaron Worthing”), Patterico, Liberty Chick, and now Stacy McCain have been targeted by convicted Speedway bomber Brett Kimberlin because they dared to mention his criminal past or assisted others who did. The late Andrew Breitbart warned about Kimberlin and company.

I have spoken directly with both Patterico and Aaron about their ongoing battles.

The mainstream press, not just the conservative blogosphere, needs to hear and report their stories.

This is a convoluted, ongoing nightmare that combines abuse of the court system, workplace intimidation, serial invasions of privacy, perjury, and harassment of family members. McCain was forced to move with his family out of his house this week, and has just gotten a small taste of what Aaron and Patterico have been enduring over the past year. Aaron and his wife were fired from their jobs after their employer feared the office would be targeted next. Convicted bomber Kimberlin has filed bogus “peace orders” against Aaron, when it is the Walkers who are the victims, not the perpetrators.

And Patterico’s plight will send chills up your spine when he is ready to tell it.

…Robert Stacy McCain is not just a blogger he is a reporter, he has chosen to cover a story and because he has and his family are in hiding for their own safety.

Run that through your head MSM. This is an American JOURNALIST forced into hiding IN AMERICA for covering a story and you don’t find that newsworthy?

I’d like to say I’m surprised at this but remembering Molly Norris (who is STILL in hiding) but the MSM’s silence doesn’t surprise me.

I stumbled on this story by accident. Where is the reporting in the major media? Have we become a country that routinely threatens and silences any speech that does not agree with those in power?

I know what it’s like to find out that you’ve been targeted for violence — real violence, as in being targeted for death by an extremist who has picked out his target based on nothing more than writing about politics.  My situation got resolved, fortunately, but my life has not been quite the same since.  I had the good fortune of having friends who quietly made sure that my family had the security we needed for me to continue my work in American politics.

Looks like that time has come around for some of our friends in the blogosphere.  Aaron Walker, Patterico, Liberty Chick, and Stacy McCain have written extensively about a man named Brett Kimberlin and connections to violent political action.  I have only followed the story at a distance, and don’t hold myself out to be an expert on the subject.  The result of their investigations has prompted a flurry of legal harassment in some cases, and worse in others.  Today, the Boss Emeritus — who knows a thing or two about Unhinged reaction to free speech — rallies the blogosphere in defense of our friends:

…Institutional inertia, incompetence, and apathy among law enforcement officials on both coasts have exacerbated the victims’ suffering. It has moved far beyond a partisan or political story to a bottomless, Kafka-esque morass. And, via investigative journalist Matthew Vadum, it certainly doesn’t help that “progressive,” left-wing foundations that have funded Kimberlin continue to look the other way.

Ted Frank at Point of Law summed it up: “A scary tale of what can go wrong if one makes the wrong enemy of someone willing to persistently abuse the civil and criminal legal system, and how poorly the legal system protects those victims.”

This is an important story–our freedom of speech is at stake.

Federal agents first raided Gibson factories in November 2009 and were back again Aug. 24, seizing guitars, wood and electronic records. Gene Nix, a wood product engineer at Gibson, was questioned by agents after the first raid and told he could face five years in jail.

“Can you imagine a federal agent saying, ‘You’re going to jail for five years’ and what you do is sort wood in the factory?” said Mr. Juszkiewicz, (Henry Juszkiewicz, chief executive officer of Gibson Guitars) recounting the incident. “I think that’s way over the top.” Gibson employees, he said, are being “treated like drug criminals.”

Michelle Malkin added a few new facts to this story yesterday on her blog. She points out two very interesting aspects of the story:

1)Andrew Lawton and Landmark Report note that Juszkiewicz has donated to GOP candidates, while one of his leading competitors “is a long-time Democratic supporter, with $35,400 in contributions to Democratic candidates and the DNC over the past couple of election cycles.”

Aside from the thuggery, what impact does this kind of behavior on the part of the government have on unemployment in this country?