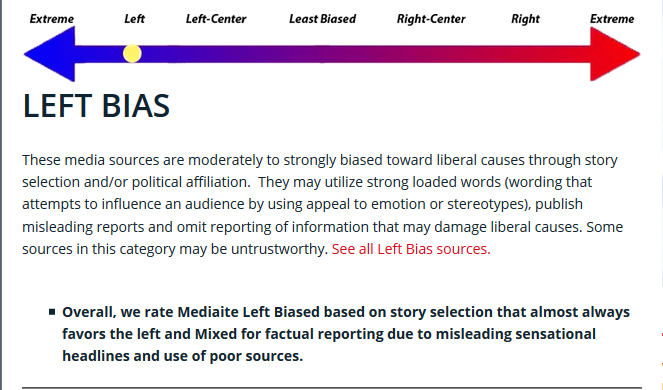 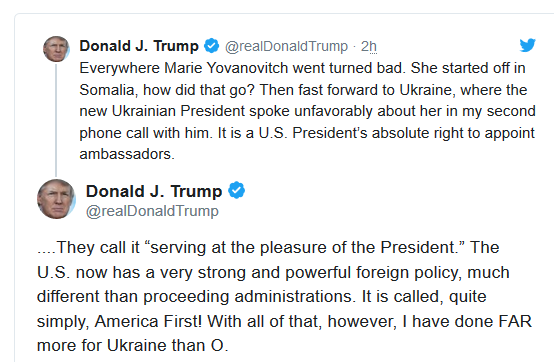 As John Solomon reported in The Hill,  “The then-senior Department of Justice (DOJ) official (Ohr) briefed both senior FBI and DOJ officials in summer 2016 about Christopher Steele’s Russia dossier, explicitly cautioning that the British intelligence operative’s work was opposition research connected to Hillary Clinton‘s campaign and might be biased.”

Ohr himself told congressional investigators, “I certainly told the FBI that Fusion GPS was working with, doing opposition research on Donald Trump.  I provided information to the FBI when I thought Christopher Steele was, as I said, desperate that Trump not be elected. So, yes, of course I provided that to the FBI.”

Ohr at the time was the No. 4 official at the Justice Department, a powerful post. Even so, he claims he told the FBI that both his wife, Nellie Ohr, and Steele both worked for Fusion GPS. Hillary Clinton’s campaign hired Fusion GPS through their law firm, Perkins Coie, to do opposition research on Trump.

They started a dirty campaign operation against Trump, used it to spy on him, then opened a special investigation that probed virtually all areas of his life and business affairs, not just his supposed collusion with Russia. It originated with the Hillary Clinton campaign. Yes, but it found more-than-willing participants in the remnants of Obama’s national security and intelligence Deep State.

None of this behavior is legal, of course. The politicization of the FBI and Justice are crimes, plain and simple. As Roger Kimball recently noted, this is not on a par with Watergate — it’s far worse. Our system is tragically broken when government officials can lie and deceive in an effort to thwart an American election.

Anthony Cormier is one of the two investigative reporter at BuzzfeedNews who co-authored the bombshell report published Thursday night — a report which claimed President Donald Trump directed his former lawyer Michael Cohen to lie during Congressional testimony over discussions between the Trump Organization and Russian authorities about a Trump Tower Moscow project.

Cormier appeared on CNN’s New Day and revealed that he had not seen the evidence underlying his report.

Frankly I think Michael Cohen would tell Mueller that he saw Donald Trump cavorting with alien creatures from a spaceship in his back yard in order to stay out of jail. I guess I am skeptical.

Breitbart notes the following in an article posted today:

Thanks to the media’s previous bombshell report on this very same subject, a report that proved — like all the others — to be fake news, when the president’s own son, Donald Trump Jr., testified before congress on this Russia deal, he told the truth, he told congress that this particular Russia deal stayed alive (in some nebulous form) until June of 2016.

But now we’re supposed to believe that, even though his own son told the truth, Trump still instructed Cohen to lie — to testify the Russian deal died six months earlier, in January of 2016.

I think Michael Cohen might do better with the aliens and spaceships.

UPDATE: The Special Counsel has openly denied the Mediaite report. Hopefully that will be the end of this lie.

Hugh Hewitt has a Salem Network talk show. He is a college law professor, a practicing lawyer, and a talk show host. Because I live in Massachusetts, I have to listen to him on the Internet at Townhall.com. I love his show.

Last night one of his guests was Karen Finney. She claims that Ted Cruz is the same as Joe McCarthy–both are very unhealthy for the country. When Hugh Hewitt asked her if Alger Hiss was a Communist, she refused to answer the questions and eventually hung up on Mr. Hewitt. That is an important question. After the fall of the Soviet Union, America was allowed to go through many Soviet records of subversive activity in the United States. Those records confirmed that Alger Hiss was a Communist, so even if you disagreed with Joe McCarthy’s style, his information was correct.

The audio clip of the exchange can be heard at Mediaite.

As I said, Hugh Hewitt is a lawyer. He asks logical questions, and explains often, “This is not a debate–it’s an interview.” If Ms. Finney is going to be a guest on the Hugh Hewitt Show, she might consider being willing to discuss actually facts rather than simply toss out allegations.