IRGC Colonel Hassan Sayad Khodayari was assassinated yesterday Sunday in broad daylight outside his home by two men on a motorcycle who rode off into the sunset. Iran blamed the assassination on “elements linked to the global arrogance,” which the Times of Israel’s story translates as “the term for the United States and its allies including Israel.”

The ToI story adds one more translation: “Reports identified [Khodayari] as a ‘defender of the sanctuary,’ a reference to Iranians who carry out Tehran’s operations in Syria and Iraq within the Guard’s elite Quds Force that oversees operations abroad.” The Jerusalem Post covers the techniques employed in the assassination here (also linked above).

The Jerusalem Post also notes: “According to Iranian sources, Khodayari was responsible for attempts to abduct and assassinate Israelis in Cyprus, Turkey and Colombia, N12 reported.” There’s a war underway. However, I’m quite sure the United States has quit fighting back President Trump left town. The Post’s analysis separately concludes “Assassination of IRGC official shows Israel has shifted gears.”

If America chooses to sit on the sidelines while Israel deals with terrorist attacks, Israel will successfully deal with those attacks on her own. It would be nice if America helped, but not necessary. The Israelis have a way of getting things done on their own.

Unsourced reports in the Israeli media state that Khodayari had planned kidnappings and other attempts to attack Israeli and Jewish targets worldwide. Israel Hayom has more here.

I guess those plans are at least temporarily on hold.

Yesterday The Washington Free Beacon posted an article about the Biden administration’s negotiations with Iran over a nuclear arms treaty.

Republican lawmakers in Congress are fed up with the Biden administration’s secret diplomacy with Iran and refusal to inform the American public about what concessions will be granted to the world’s foremost sponsor of terrorism as part of a new nuclear deal.

With negotiations stuck in their final stage amid Iran’s demands that all U.S. sanctions be lifted on its chief terrorist outfit, the Islamic Revolutionary Guards Corps (IRGC), Republican foreign policy leaders are pressing top Biden administration officials to publicly brief Congress on the state of diplomatic talks.

“With uncertainty surrounding the status of the negotiation, the American people have a right to know what their diplomats agreed to in Vienna, what alternatives your administration is considering, and how you intend to address the wider range of threats from Iran—including its increasingly dangerous missile and drone programs and taking American hostages,” a group of Republican lawmakers on the House Foreign Affairs and Armed Services Committees wrote in a letter sent on Wednesday to the White House and obtained exclusively by the Washington Free Beacon.

The secrecy surrounding the talks—and Iran’s demands for billions of dollars in sanctions relief that will likely fund its regional terrorism enterprise—are unacceptable and hint that the Biden administration is poised to enter a deal that is weaker than the original 2015 accord, according to Republican representatives Claudia Tenney (N.Y.), María Elvira Salazar (Fla.), Greg Steube (Fla.), Ronny Jackson (Texas), and Don Bacon (Neb.).

Keep in mind that theoretically all treaties have to be approved by the Senate. President Obama avoided this by signing ‘accords’ which were not approved by Congress. I would hope that President Biden would not be permitted to sign an Iran Nuclear ‘Accord” to avoid the Senate approval process. Aside from not being transparent, the Biden administration seems to function more like a dictatorship than a functioning republic. 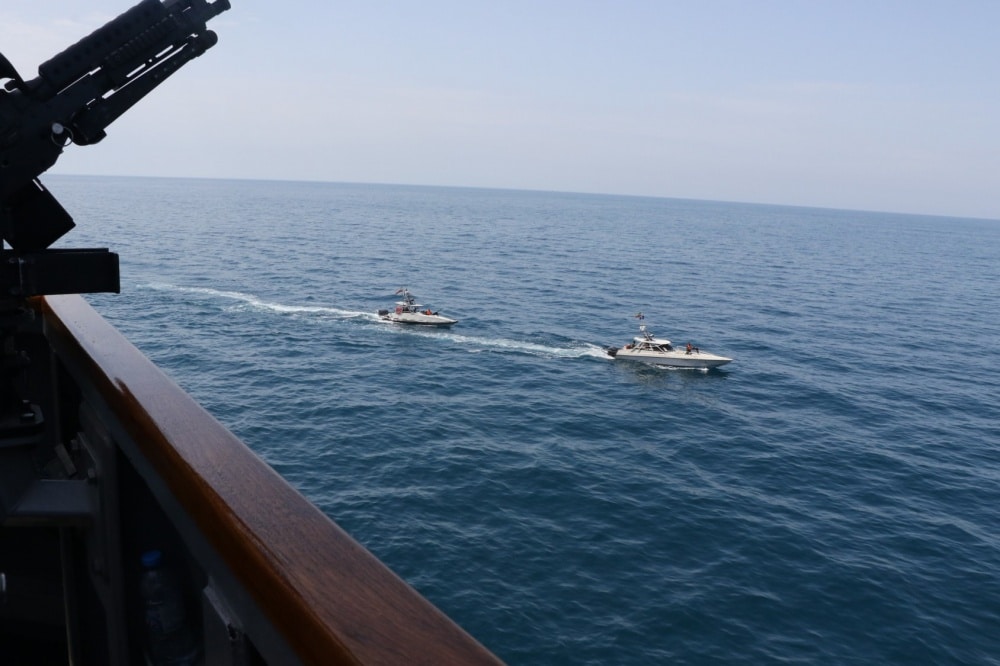 The Washington Free Beacon posted a story today about a recent statement by an Iranian military leader. When dealing with Iran, we need to remember a lesson many people in the west learned when dealing with Yasser Arafat when he was alive. Mr. Arafat would say one thing in English when talking to an audience of western countries and another thing in Arabic when dealing with Arabs. Generally speaking, the speeches totally contradicted each other.

The Iranian Revolutionary Guards Corps, the country’s elite military force, is sending assets to infiltrate the United States and Europe at the direction of Iran’s Supreme Leader Ali Khamenei, according to recent Farsi-language comments from an Iranian military leader.

The IRGC “will be in the U.S. and Europe very soon,” according to the Iranian military commander, who said that these forces would operate with the goal of bolstering Iran’s hardline regime and thwarting potential plots against the Islamic Republic.

Notice that the comments were in the Farsi language. I would also like to know why the leader believes that there are plots against the Islamic Republic.

Another source who advises congressional leaders on Iran sanctions issues told the Free Beacon that the Obama administration is blocking Congress from taking action to stop this type of infiltration by Iranian forces.

“Iran is ideologically, politically, and militarily committed to exporting the Islamic revolution through terrorism, which is why even the Obama administration says they’re the world’s foremost state sponsor of terrorism,” the source said. “Congress wants to act, but Obama officials keep saying that new laws are unnecessary because the U.S. has enough tools to block Iranian terror expansion. Instead of using those tools, though, they’re sending Iran billions of dollars in cash while Iran plants terror cells in Europe and here at home.”

As I have said, I think it’s time to clean house in Washington.