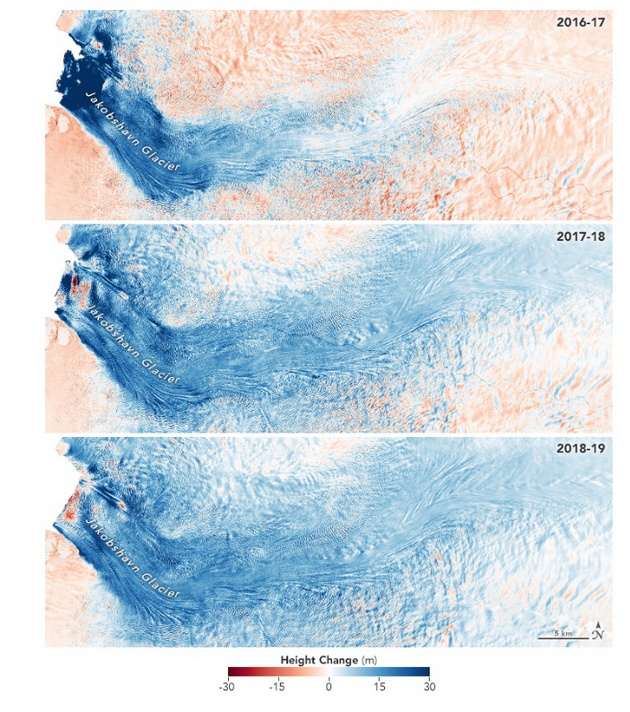 For those of you too young to remember some of the antics of J. Edgar Hoover as Director of the FBI. Some of the actions of the FBI and intelligence community under President Obama are reminiscent of those actions.

The website biography includes the following about J. Edgar Hoover:

During the Cold War, Hoover intensified his personal anti-Communist, anti-subversive stance and increased the FBI’s surveillance activities. Frustrated over limitations placed on the Justice Department’s investigative capabilities, he created the Counter Intelligence Program, or COINTELPRO. The group conducted a series of covert, and oftentimes illegal, investigations designed to discredit or disrupt radical political organizations. Initially, Hoover ordered background checks on government employees to prevent foreign agents from infiltrating the government. Later, COINTELPRO went after any organization Hoover considered subversive, including the Black Panthers, the Socialist Workers Party and the Ku Klux Klan.

Hoover also used COINTELPRO’s operations to conduct his own personal vendettas against political adversaries in the name of national security. Labeling Martin Luther King “the most dangerous Negro in the future of this nation,” Hoover ordered around-the-clock surveillance on King, hoping to find evidence of Communist influence or sexual deviance. Using illegal wiretaps and warrantless searches, Hoover gathered a large file of what he considered damning evidence against King.

In 1971, COINTELPRO’s tactics were revealed to the public, showing that the agency’s methods included infiltration, burglaries, illegal wiretaps, planted evidence and false rumors leaked on suspected groups and individuals. Despite the harsh criticism Hoover and the Bureau received, he remained its director until his death on May 2, 1972, at the age of 77.

Does any of this sound familiar?

In December 2014, The Atlantic posted an article titled, “A Brief History of the CIA’s Unpunished Spying on the Senate.” Under that title is written, “President Obama’s choice to lead the intelligence agency has undermined core checks and balances with impunity.” Those are not encouraging words.

Below are some excerpts from The Atlantic article:

Late last week, that internal “accountability board” announced the results of its review. If you’ve followed the impunity with which the CIA has broken U.S. laws throughout its history, you’ll be unsurprised to learn that no one is going to be “dealt with very harshly” after all. “A panel investigating the Central Intelligence Agency’s search of a computer network used by staff members of the Senate Intelligence Committee who were looking into the C.I.A.’s use of torture will recommend against punishing anyone involved in the episode,” The New York Times reports. “The panel will make that recommendation after the five C.I.A. officials who were singled out by the agency’s inspector general this year for improperly ordering and carrying out the computer searches staunchly defended their actions, saying that they were lawful and in some cases done at the behest of John O. Brennan.”

…Brennan and the CIA have behaved indefensibly. But substantial blame belongs to the overseers who’ve permitted them to do so with impunity, including figures in the Obama administration right up to the president and Senate intelligence committee members who, for all their bluster, have yet to react to CIA misbehavior in a way that actually disincentivizes similar malfeasance in the future. President Obama should fire John Brennan, as has previously been suggested by Senator Mark Udall, Trevor Timm, Dan Froomkin, and Andrew Sullivan. And the Senate intelligence committee should act toward the CIA like their predecessors on the Church Committee. Instead, the CIA is asked to investigate its own malfeasance and issue reports suggesting what, if anything, should be done.

The article includes a quote from The New York Times:

Mr. Brennan has enraged senators by refusing to answer questions posed by the Intelligence Committee about who at the C.I.A. authorized the computer intrusion. Doing so, he said, could compromise the accountability board’s investigation.

“What did he know? When did he know it? What did he order?” said Senator Carl Levin, the Michigan Democrat who is a member of the Intelligence Committee, said in an interview last week. “They haven’t answered those basic questions.”

Senator Levin, you’re a member of a coequal branch. You’ve flagged outrageous behavior among those you’re charged with overseeing. What are you going to do about it?

Obviously nothing was done about it. John Brennan remained the head of the CIA until January 2017. He was not retained as the CIA Director when President Trump took power.

We are at a crossroads. This article indicates that the misuse of government spy agencies has been going on for a long time. The people responsible have never been held accountable. We have a choice–we can hold the people responsible for the misuse of spy agencies accountable or we can see the illegal spying on political enemies continue. What has been done to President Trump and some of the people around him could be done to any American if the people responsible are not held accountable. Was it really necessary to roust an unarmed senior citizen and his deaf wife out of bed with a S.W.A.T. team in the middle of the night when he was charged with lying? Unfortunately this could be the future of America.

The article cites the cost of the wind farms and the cost to consumers:

The governors of Massachusetts, Rhode Island, New York, New Jersey, Maryland, and Virginia have signed executive orders or passed laws to procure offshore wind systems valued at billions of dollars. Officials are eager to win leadership in what is perceived to be a new growth industry. The US Department of Energy has funded over $200 million in offshore wind research since 2011.

Massachusetts Governor Charlie Baker signed a law in 2016 requiring utilities to purchase 1,600 megawatts of electricity from offshore wind systems over the next 10 years. The law requires that wind systems be “cost effective to electric ratepayers.” But history shows that costs are likely to be far above the New England wholesale market price of 5 cents per kilowatt-hour.

Massachusetts paid solar generators a subsidy of 25 cents per kilowatt-hour during the state’s solar build-out in 2013. Rhode Island’s Block Island wind system, the first offshore system in the United States, now receives over 27 cents per kW-hr, with an annual guaranteed rate increase of an additional 3.5 cents per kW-hr. New England residents must enjoy paying renewable generators more than six times the market price for electricity.

When we lived in Massachusetts, we were able to choose the source of our electricity. Since we lived in an all-electric house, it was to our advantage to choose carefully. We chose a company that got its electricity from Canada in order to avoid the increased cost of Massachusetts’ going green. I am not sure if that option is still available to Massachusetts utility customers.

The article explains the problem of wind turbines and hurricanes (which do happen on the east coast):

Specifications call for wind systems to withstand gusts up to 156 miles per hour, but this isn’t good enough for some of our Atlantic hurricanes. Last September, hurricane Maria struck Puerto Rico with Category 4-strength winds and destroyed many of the wind turbines on the island.

Finally, the Norfolk and Long Island Hurricane of 1821 passed through most of the proposed wind turbine sites with up to Category 4 wind strength. The expensive wind systems planned by Atlantic States could all be destroyed by a single well-placed hurricane.

Offshore wind turbines are expensive, prone to early degradation, and in the case of the US East Coast, at risk in the path of strong hurricanes. State officials should reconsider their plans for offshore wind systems.

I sometimes wonder if our search for green energy is similar to man’s search for the perpetual motion machine. It would be wonderful, but the laws of physics seem to indicate that this may be more of a challenge than first thought. There may be green energy in our future, but it won’t happen until the government gets out of the way and lets someone make a huge profit in the free market. That is called incentive!

Yesterday John Podhoretz posted an article at the New York Post about some recent comments by Hillary Clinton. Hillary has made some very interesting comments about President Obama’s foreign policy–an interesting point of attack since she was Secretary of State for much of his tenure.

Mr. Podhoretz writes that he thinks President Obama miscalculated by not choosing Hillary as his Vice-President. If she were Vice-President, she would still be standing with him–not trashing his foreign policy.

The article points out some of the reasons Hillary may be striking out at President Obama:

What’s more, when she was working for you, you refused to give her the reins of US foreign policy and centralized all the power in the White House.

Fair is fair. You took Michael Corleone’s advice: You sought to keep this enemy close. But you didn’t keep her close enough. And now you shall pay. She has made you start paying already.

Hillary Clinton is the most popular politician in America now — more popular than you, if you haven’t noticed. And she has decided, for all intents and purposes, to go into opposition.

That was the meaning of the extraordinary interview she granted Jeffrey Goldberg of The Atlantic over the weekend. It was the annunciation of her separation from you and your legacy.

Though filled with qualifications and words of praise for Obama here and there, the interview is a rare assault against a sitting president by his former secretary of state.

The article sums up the character of the Clintons:

Mrs. Clinton’s political judgment is not to be trusted. She allowed Obama to eat her lunch in 2008 in part because she was overconfident and tacked too far to the center too early. She may well be doing it again.

But she has made her choice. If Obama stumbles, she’ll be there — with her ankle turned out, to trip him up still further and then, with a sad smile, claim credit for having known that the obstacle had been there in his path all along.

I believe Hillary will again be challenged from the left for the Democrat nomination for President. I believe that challenge will come from Massachusetts’ own Elizabeth Warren. It may be an interesting primary season.