Yesterday The Conservative Treehouse reported that the Department of Justice is attempting to get involved in the ballot audit that is currently taking place in Maricopa County, Arizona.

Last week a group of Lawfare activists [SEE HERE], including New York University Law School – which leads to Andrew Weissmann, asked the DOJ to get involved.

The ridiculous letter from the Biden DOJ goes on to cite media reports from the Washington Post as evidence to justify their involvement.

Remember, previously the DOJ narrative was that each state makes up its own election rules.  Now the DOJ is saying, falsely, that Arizona might be breaking federal laws.

Their first concern [as predicted] centers around ballot security.  Again, remember, the Maricopa County election board would not let the auditors use the county tabulation center [SEE HERE] so the ballots and equipment had to be moved to Veterans Memorial Coliseum (AZ State Fairgrounds).   Now the DOJ is citing that move as a potential issue for the security of the ballots and auditing procedures.

It is interesting that the same names keep coming up.

Please follow the link to read the entire article. It includes the letter written to the Arizona State Senate. If the election was without fraud, why not let the audit continue? The only logical conclusion is that the Department of Justice (currently a political organization) is concerned about what might be uncovered.

There are those in Congress who are supposed to represent us that believe that the government should be able to decide whether a business should be allowed to operate or not. We have seen a lot of this during the coronavirus outbreak, but unfortunately that may only be a preview of things to come.

Millions of Americans are out of work due to the Wuhan coronavirus pandemic. Thousands more are unemployed because of President Joe Biden’s decision to cancel the Keystone XL Pipeline. Despite the tough times, progressive Rep. Ro Khanna (D-CA) believes “now is the right time” for Congress to press forward with a $15-an-hour minimum wage, something they tied to the latest COVID relief package.

According to Khanna, Amazon and Target made a decision to raise their minimum wage to $15-an-hour across the nation. As a result, Khanna says, the companies have produced more jobs (yet he doesn’t take into account that more people are shopping online due to lockdown restrictions and the pandemic).

The Representative evidently does not see the value of every small business:

“Businesses like Amazon and McDonald’s, for example, can and perhaps should, pay more, but I’m wondering, what is your plan for smaller businesses?” CNN’s Abby Phillip asked. “How does this, in your view, affect mom and pop businesses who are just struggling to keep their doors open, keep workers on the payroll right now?”

According to the congressman, if workers were paid for their productivity, they would be making $23-an-hour.

“I love small businesses. I’m all for it but I don’t want small businesses that are underpaying employees,” he said. “It’s fair for people to make what they’re producing and I think $15 is very reasonable in this country.”

I have posted numerous articles about the job losses that will result from raising the minimum wage to $15 an hour. The ideas of this Representative would not only limit the access to the workplace for young people seeking jobs, it would also cause the mom and pop restaurants and small shops either to close or to cause the owners to have to work 70-hour weeks because they can’t afford to pay anyone the minimum wage.

This Congressmen has not studied economics. He also needs a serious less on being compassionate to those who are struggling to keep a small business going. 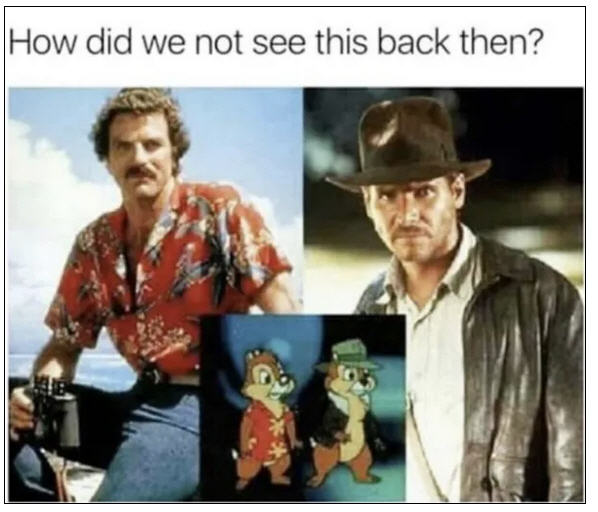 On Thursday Just the News reported that a number of high-ranking members of Robert Mueller’s team investigating Russian collusion wiped their phones before handing them over to the DOJ’s Office of the Inspector General.

Numerous phones were “accidentally” wiped of data because the phone’s owner allegedly tried to enter the wrong password multiple times, the documents indicate. Many consumer phones manufactured today include features in which too many incorrect password attempts result in a wholesale data wipe.

At least one phone — that belonging to FBI lawyer Lisa Page — had simply been “restored to factory settings” upon receipt by the inspector general.

Among the special counsel members whose phones were wiped was Andrew Weissmann, one of the probe’s chief investigators. Weissmann “entered [the phone’s] password too many times and wiped the phone,” the documents state.

The contents of those two phones might have been very interesting to the inspector general.

This story and others like it illustrate the importance of another term for President Trump. There are no guarantees that if President Trump is elected, the people who used our government for political purposes will be brought to justice. However, I can guarantee that if Joe Biden is elected, all of the abuses of intelligence agencies we saw during the Obama administration will be hidden from sight never to be seen again and the same tactics will be used against the next Republican candidate for President.

Yesterday The Washington Times posted an article about contact tracing in the era of the coronavirus. Since the article is behind the subscriber wall, I found it on Outline. The article reminds us how the government can easily abuse its power under the guise of tracking contacts to prevent the spread of a virus.

From The Hill, in a piece titled, “A day in the life of America’s contact tracing army,” comes this quote of Kelsey Green, a contact tracer working for the Carroll County Health Department in Maryland: “It’s not a fun job at times,” she said, in reference to the telephone calls she makes to people to inform them they may have come into contact with someone who’s tested positive for the coronavirus.

She went on to say: “A lot of people don’t want to hear it, but when they do hear it, they’re receptive and thankful. It seems a little intrusive, but it makes me so happy if someone answers [the phone], and I’m able to tell them, ‘Hey, you’ve been in contact with someone who’s tested positive. Can you quarantine?’ “

How about this as a response: Who the freak are you? Hang up, hang up quick. Hang up quick and call the police; there’s a stalker on the streets.

Now you must do as the government says.

Now you must obey.

This is America, post-COVID-19, and the “new normal.” Where are the Republican lawmakers on this?

Congress, at least the conservatives in Congress, need to step in and put a speedy end to these crazily unconstitutional designs with legislation that makes clear: Neither contract tracers nor their minions in the bureaucratic health fields have power to tell free citizens what to do, positive coronavirus test results be danged.

Free American citizens are only free so long as they are able to keep control of their most basic private and personal decisions. If the government can tell citizens what to do when they’re sick, or maybe sick, or might be sick, or have maybe crossed paths with someone who is sick, or maybe sick — well then, that’s the end of freedom in America as we know it.

The “new normal” is no America at all.

If we are still a country in five years, I wonder how we will look back on this. Please follow the link above to read the rest of the article.

The article reminds us of some important facts regarding the investigation:

Robert Mueller’s testimony to Congress, by any reasonable standard, should have been the swan song of the impeachment movement.

To state the obvious, there is no evidence that President Trump or any other American probed by the Mueller investigation conspired with the Russian government to influence the 2016 presidential election.

…So why does a third or more of the public still believe in Russia collusion? Because partisanship by our politicians and some in the media knows no bounds, and to partisans, facts and evidence are simply inconvenient bumps on a road to power.

That brings us back to the Mueller testimony and the Mueller Andrew Weissmann investigation. Mueller turned out to be the classic emperor-has-no-clothes witness. He once again said that he did not indict Trump because of the Justice Department policy against indicting a president only to once again retract the statement hours later.

He may be old, but he surely understood he was playing and retracting that card — he would have practiced that question 10 times as it was the only anti-Trump card remaining in his dwindling hand. He ignored that Attorney General William Barr, former Deputy Attorney General Rod Rosenstein and career Justice Department lawyers all determined that the facts he listed didn’t constitute criminal obstruction of justice.

The president was, as far as the Justice Department was concerned, cleared on obstruction of justice.

Mueller’s weak grasp of the facts, combined with his deputy Weissmann’s documented history of prosecutorial abuse, strongly suggests Weissmann ran the investigation, not Mueller. It also indicates that Weissmann enjoyed free rein to go after not just the facts, but the people associated with the president.

The article concludes with a very important observation:

Targeting political opponents through the legal and subpoena process after a massive investigation revealed no collusion undermines our democracy. It is a far greater threat to our country and its institutions than any ads on Facebook. Whether you think the FBI acted out of political malice (which is now being investigated) or a sense of duty, there is simply no evidence that the president ever committed a crime, or that his top aides were involved in collusion or conspiracy. Nothing of consequence alleged in the Steele dossier was ever proven true.

Mueller’s testimony confirmed these basic facts, and it should put impeachment investigations in the rearview mirror.

The investigation and surveillance of the Trump campaign and the early days of the Trump administration were a violation of the civil rights of a number of Americans. This is unacceptable. Those who violated those civil rights need to be held accountable or our Justice Department will become a political instrument to be used against political opponents. At that point we will have lost our republic.