The Conservative Treehouse posted an article yesterday about the latest Global CFO Council report on the world economy. The Global CFO Council is made up of Chief Financial Officers of the world’s largest 113 companies that combined are worth nearly $5 trillion. Interestingly enough, most of these CFO’s are on the record as being opposed to President Trump’s trade policies. 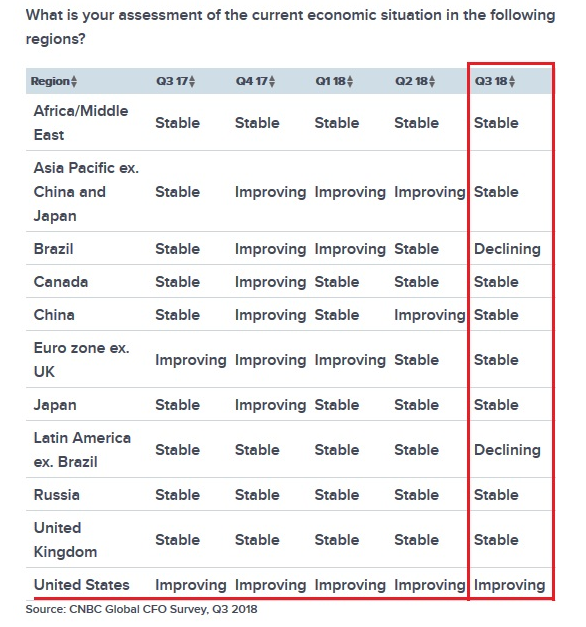 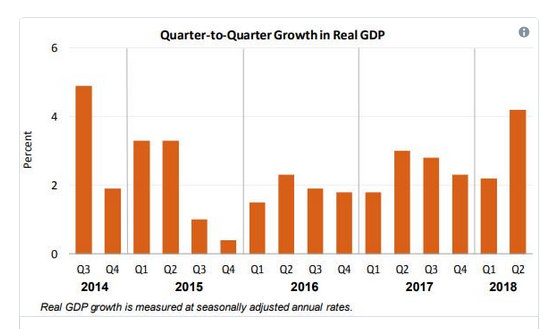 Economic policies matter. We are not reflecting a worldwide economic recovery–we are leading it.

Breitbart.com posted an article today about some recent statements President Obama made while visiting Britain.

“Saving the world economy from a Great Depression — that was pretty good,” Obama bragged when asked by a student in London what he wanted his legacy to be.

He recalled that when he visited London in 2009, the world economy was in a “freefall” because of irresponsible behavior of financial institutions around the world.

“For us to be able to mobilize the world’s community, to take rapid action, to stabilize the financial markets, and then in the United States to pass Wall Streets reforms that make it much less likely that a crisis like that can happen again, I’m proud of that,” he said.

Obama also touted his Iran nuclear deal as “something I’m very proud of” asserting that he successfully stopped their nuclear weapons program without going to war.

He griped that everybody forgot about his efforts in stopping the Ebola crisis, saving “hundreds of thousands of lives.”

“I think that I have been true to myself during this process,” Obama said, insisting that the things he said while running for office “matched up” with his presidency.

“I’ll look at a scorecard in the end,” he concluded. “Change takes time. Oftentimes what you start has then to be picked up by your successors or the next generation.”

He added that the fight for change was like a relay race and that he was prepared to pass the baton to his successor.

“Hopefully they’re running in the right direction,” he joked.

I don’t know what to say, but I will attempt to deal with one comment at a time.

This is an old video, but it needs to be shared everywhere:

The Iran nuclear deal is a disaster. Use the search engine at the top of the blog to see what I have written about it in the past. It represents a shift in American policy from fighting terrorism to funding it.

The Ebola crisis was stopped–by the Center for Disease Control working closely with doctors. The President had very little to do with it.

I guess in the final year of the Obama Administration, reality will be optional.