Today’s New York Post posted an article with the following headline,”The next mega disasters that could happen at any moment (and kill us all).” Comforting, isn’t it?

Just in case you are still sitting comfortably in your chair, here are a few of the ‘pending disasters’ listed:

Yellowstone National Park quietly sits on top of a supervolcano that is 44 miles wide. Even scarier, it’s still active and could blow at any time. Its last big eruption was 630,000 years ago, but as “End Times” author Bryan Walsh wrote in an op-ed in The New York Times, an eruption of this supervolcano “would be like nothing humanity has ever seen“ and be an “ultra-catastrophe” that “could lead to global devastation, even human extinction. …

…The land of volcanos, Indonesia is no stranger to eruption — with Mount Merapi last exploding in 2018. But there’s a bigger threat to the countries of Southeast Asia: The Lake Toba Supervolcano — the “forgotten volcano.” Lake Toba is a volcanic lake that sits on top of a huge caldera (a volcanic crater) — which is still considered to be in a stage of “resurgence.” An eruption 75,000 years ago caused a “bottleneck” effect in human development — in which the world’s population dramatically shrank — according to scientists.

…On the south slope of Hawaii’s Big Island lies the infamous Hilina Slump — where every now and then there is a landslide that creates horrid tsunamis. According to The Independent, “there is evidence that a similar collapse at nearby Mauna Loa around 120,000 years ago generated a tsunami with a run-up height of over 400 meters. Even as recently as 1975, movement of the Hilina Slump generated a smaller, yet destructive tsunami that reached California.”

…The San Andreas Fault has caused havoc and devastation in the past — and it’s predicted to do so again. The United States Geological Survey has increased the probability of the likelihood of a magnitude 8.0 or larger earthquake hitting California within the next few decades — and let’s not forget the volatile Cascadia Subduction Zone that covers most of Oregon and Washington state.

…Another West Coast earthquake disaster waiting to happen is in Chile, on the west coast of South America. According to volcanologist website Temblor, “it is clear to many of us that the Coquimbo region [in central Chile] has an unusual, increasing seismicity that may be preparing the area for a very large earthquake near the end of the present century.”

You get the picture. Follow the link to the article to read the rest of the impending disasters awaiting mankind. Just for the record, it would do us all well to remember that we are here by the grace of God and will continue to be here because of that grace. It’s not as if we have any real control over any of these ‘pending’ events. However, give Congress time–they will find a way to convince us that higher taxes and higher government spending will prevent any natural catastrophe! 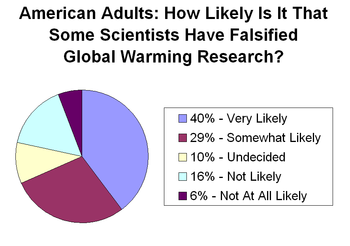