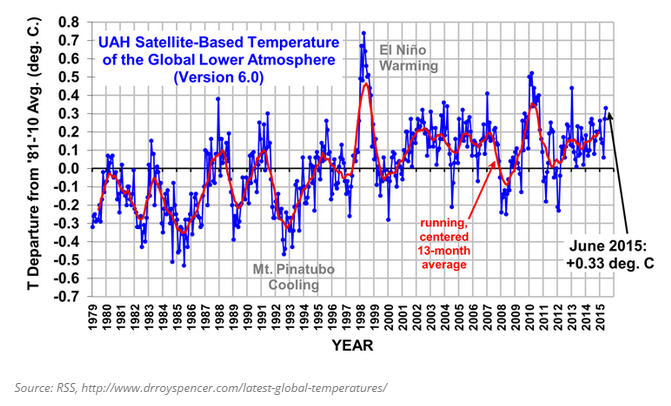 Remember the leaked e-mails from the University of East Anglia’s (UEA) which brought into question the validity of the Intergovernmental Panel on Climate Change (IPCC)’s work, with the reported statements “hide the decline,” and “Mike’s Nature Trick.”? Remember IPCC claims that the Himalayan glaciers would melt by the year 2035, which the IPCC, in a statement, later admitted was based on inconclusive data? According to CNS News, the questionable reports of the IPCC released in recent years have been funded more than 50 percent by the U. S. taxpayers.

In a Nov. 17, 2011 report, “International Climate Change Assessments: Federal Agencies Should Improve Reporting and Oversight of U.S. Funding,”the GAO found that the State Department provided $19 million for administrative and other expenses, while the United States Global Change Research Program (USGCRP) provided $12.1 million in technical support through the U.S. National Science Foundation (NSF), averaging an annual $3.1 million to the IPCC over 10 years — $31.1 million so far.

The IPCC runs an annual budget of $7 million, according to the Wall Street Journal, making the United States a major benefactor for its global warming agenda.

This is one place we truly need to cut the budget.

The $3.1 million annual U.S. funding goes towards the IPCC’s “core activities”: meetings of the governing bodies, co-ordination meetings, support for the developing country co-chairs, the IPCC Web site and Secretariat.  The IPCC assesses scientific information, but does not conduct any research of its own.

According to the U.S. Climate Change Science Program, the United States “has made the world’s largest scientific investment in the areas of climate change and global change research” with a total of nearly $20 billion over the past 13 years.

As a government, we are broke. We are borrowing the dollars we are spending. We also need to realize that most of the solutions proposed by the climate change proponents involve crippling the American economy while not dealing with the countries that are actually creating more pollution than the United States. It’s not about climate change–it’s about the redistribution of wealth. There is a mentality among some of those involved in climate research that the rest of the world will be made richer if America is made poorer. It never occurs to them that if they would focus on working toward building their own country’s economy rather than tearing down America’s economy, they might actually accomplish something positive. It’s time for someone in Congress to put a stop to this.