Fifty-two years ago I was working as a temporary employee in Memphis, Tennessee, while my husband was stationed in Millington, Tennessee. There was a lot of tension in the city as the city was in the midst of a garbage strike and Martin Luther King, Jr., had come into the city in the hope of calming things down. Unfortunately that was not what happened. I commuted to work by bus, but was told not to take the bus home because the crowds had become out of control and were flipping the buses over. My husband left the base to come pick me up, and thankfully we arrived at the place where we were staying safely. Later that day, Martin Luther King, Jr., was assassinated.

Martin Luther King, Jr., was not a perfect man, but he was a brave man with a dream. If the leaders of the civil rights movement that arose after his death had pursued his dream, we would be in a very different place. Martin Luther King, Jr., stated, “I have a dream that my four little children will one day live in a nation where they will not be judged by the color of their skin but by the content of their character.” That concept should apply to all people. Skin color should never be a part of any decision regarding employment, criminal behavior, admission to any organization, etc. That was his dream. We need to remember that when we see people attempting to use skin color to gain an advantage. We can never fully compensate for the sins of the past, but we can acknowledge them, move on, and not repeat them. 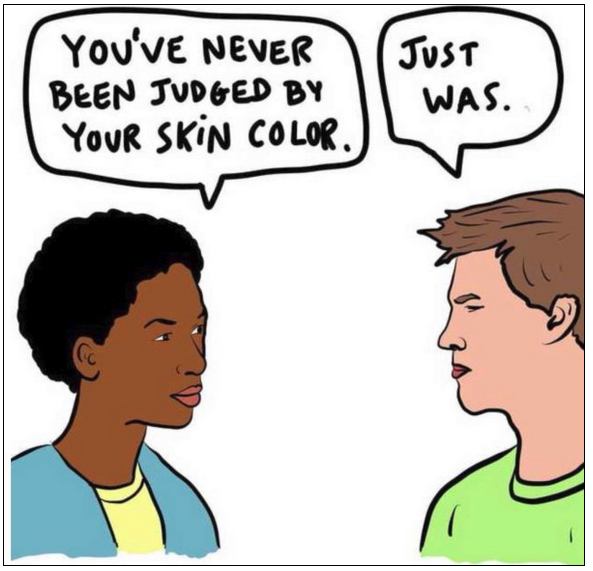