I have always wanted to believe that the good guys in our government outnumbered the bad guys. By the good guys, I mean the people who want to do what was right and expose and deal with corruption when it appears. Unfortunately, I may have been very wrong. It is doubly disappointing when someone you believe might have some integrity turns out to be simply another swamp creature.

Yesterday The Conservative Treehouse posted a letter written by US Attorney William M McSwain to President Trump on June 9, 2021, about the irregularities in the Pennsylvania presidential election and how those irregularities were handled. 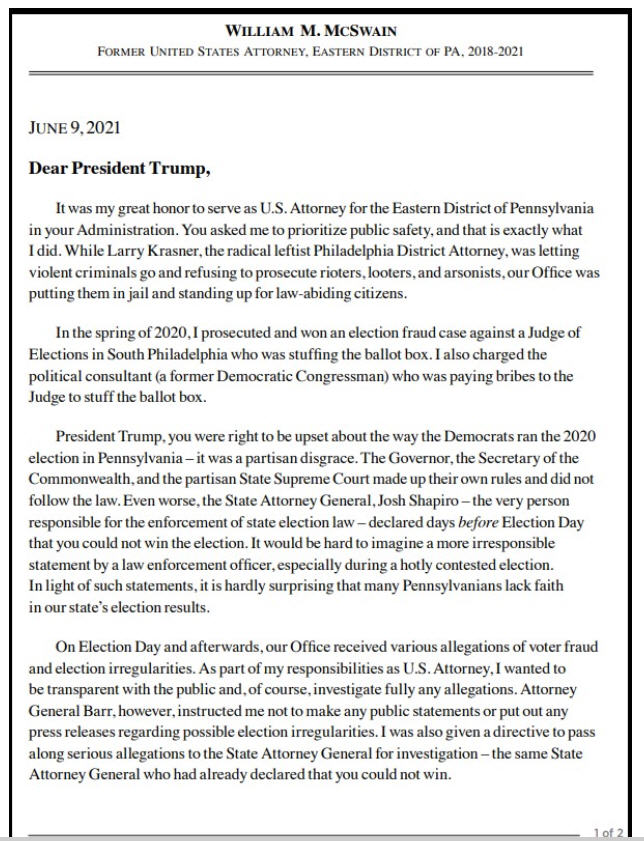 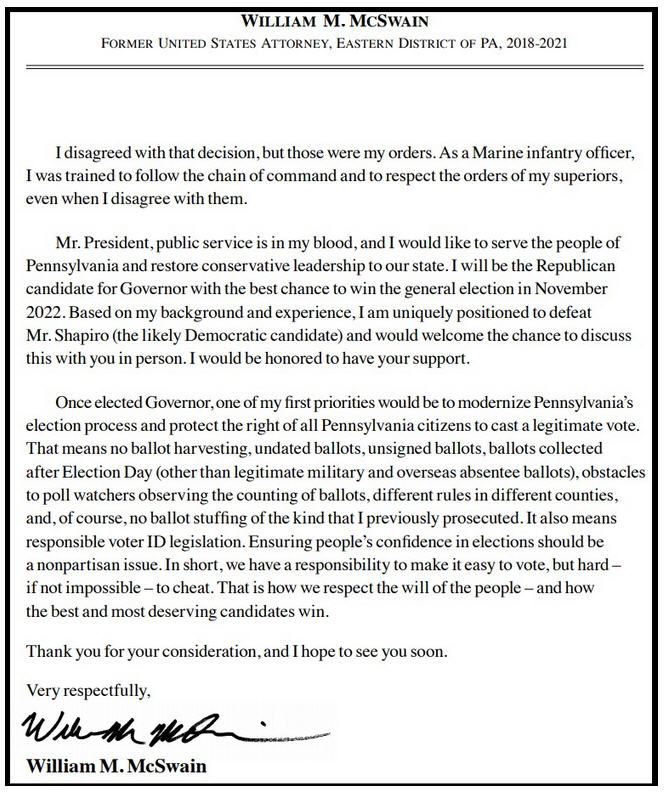 In previous comments attributed to AG Bill Barr,  he claimed to have seen no evidence of election fraud.  The Atlantic Article cites Bill Barr stating to an AP journalist December 1st 2020: ” To date, we have not seen fraud on a scale that could have effected a different outcome in the election,” and then the article covers the fallout with the White House from that AP interview.

There’s a big difference between not seeing election fraud and purposefully blocking a United States Attorney from investigating allegations of fraud with a motive not to see it.

Are there any honest men left in Washington?

The Hill is reporting today that Democrat Conor Lamb has declared victory in the House of Representatives race in Pennsylvania. It is quite possible that he has won, but all of the votes have not been counted yet, and the race is extremely close. This race is a beautiful example of the fact that every vote counts. When it is all over, it will be very close.

There are a few things to look at in this race. Conor Lamb is a very attractive candidate. He is a Marine and a former federal prosecutor. The Democratic candidate ran as a conservative, but when you look at his website, his views are not necessarily all that conservative. He sounds like another tax and spend Democrat. Mr. Lamb is not pro-life–according to The Weekly Standard, he has stated that he does not support proposals to ban abortions after 20 weeks, the point at which fetuses can feel pain. His website states that he wants to fix ObamaCare (not repeal it), forgive student debt, encourage more green energy, support unions, spend on job training, and spend on infrastructure.

It is obvious that Conor Lamb wants to be another Joe Manchin. However, the thing to remember is that Joe Manchin votes with the Democrats when his vote is needed. He votes with the Republicans when the Democrats do not need his vote. Electing a conservative Democrat to the House of Representatives does not in any way make the House any more conservative–the new house member will tow the party line when asked. Nancy Pelosi will become Speaker if the Democrats gain the majority in the House. Impeachment proceedings against President Trump will begin (Lord knows on what basis), and the tax cuts will be taken away from average Americans. Conor Lamb successfully (and smartly) avoided nationalizing his race. However, that does not mean that the consequences of electing Democrats will not be national.