The North Carolina legislature is currently debating the legalization of medical marijuana. There are some medical benefits to marijuana, but we also need to consider the downside. There are some medical benefits to Oxycontin, but we know how that worked out. Remember, we were told that Oxycontin was the answer to pain that was non-addictive and safe. We are being told the same thing about marijuana. One problem with medical marijuana is the regulation (or lack of regulation). During a visit to California many years ago, when medical marijuana was legal and recreational marijuana was not, the last five pages of the Sunday paper were ads by doctors who would prescribe medical marijuana for anything from ingrown toenails to broken bones. We should also be aware that laws permitting recreational marijuana use are a small step from laws permitting medical use.

A member of the Craven County Sheriff’s office informed me that a recent event in the County brought the perils of legal marijuana to the attention of our Sheriff’s Office. A package was intercepted in the Craven County mail that contained marijuana. The package came from Josephine County, Oregon, where recreational marijuana is legal. Josephine County in 2021 had a population of approximately 88,000 people.

A website called crimegrade.org reported the following about Josephine County: 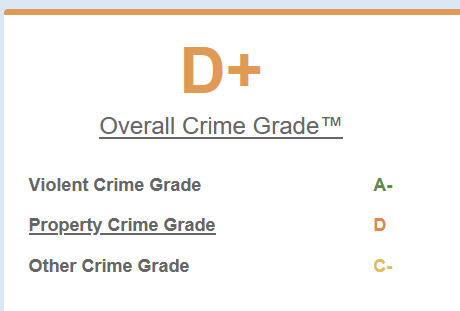 Another site comments that the crime rate in Josephine County is steadily rising. So, what has been the impact of legalized marijuana on this county? The cartels have come in to buy the land to grow more marijuana. Sixty-six percent of the land is forest, and that land is being viewed as a potential source of revenue as marijuana fields. People are being forced to sell their land to the cartels or face dire consequences. There has also been an increase in arrests for driving while impaired and an increase in automobile accidents. I have heard from various law and order sources that marijuana is indeed a gateway drug. Addicts begin experimenting with other drugs in order to find a ‘higher high.’

A member of the K-9 Unit in Craven County shared some information about the impact of legalizing marijuana on the unit’s drug dogs. If marijuana becomes legal, the dogs have to be retrained not to sniff it out and/or be retired. That is expensive, time-consuming, and a difficult process. It could also have legal ramifications–a defense attorney could claim that the dog smelled marijuana, not an opiate, and the search of the vehicle or person that followed was not legal. The result of this is that police departments and sheriff’s offices that have dogs trained to sniff out marijuana are generally retiring the dogs. Since the cost of replacing a dog is between $9,000 and $15,000 per dog, they are rarely replaced. That alone will increase the amount of drug traffic in an area. It is also highly unlikely that the increased tax money from marijuana will be used to replace the dogs (as we have learned from the other states with the same issues that legalizing marijuana has caused).

When we talk about legalizing marijuana, we also need to think about the people we are ‘competing’ with for the money involved–the cartels. In California and Colorado, the state taxes on marijuana increased so rapidly that the cartels moved back into the picture. In June 2020 I posted an article at rightwinggranny about the cartels moving back into California because the state taxes on marijuana had increased so dramatically (article here:  https://www.rightwinggranny.com/?p=39161). The cartels are not nice people. They bring more crime into an area. We also need to think about the risks to police when cartels are active in an area. Consider the fact that a small amount of drugs may be worth thousands of dollars. The mule carrying those drugs knows that if he does not give the money for those drugs to his boss, he may lose his life. The stakes are high, and police and others lose their lives in the process. This is one of the more serious results of legal marijuana and the tax policies that follow.

Medical marijuana sounds like a reasonable solution, but it is actually the beginning of many more problems.

Worcester County Massachusetts Sheriff Lewis G. Evangelides was elected to office in 2010. After learning that roughly 90 percent of the 1,100 inmates at the Worcester County Jail got there because of drug and alcohol addiction, Sheriff Evangelides began the Face2Face program to help prevent substance abuse. Over the past three years this program has allowed 100,000 students in Central Massachusetts  to see the physical effects and hear a debunking of the myths of opioids, alcohol, marijuana and other drugs.

The Telegram & Gazette posted an article yesterday about the Face2Face program.

Mr. Evangelides told the students that they were members of “Generation Rx,” reflecting the rapid growth in abuse of prescription painkillers such as OxyContin, Percocet and Vicodin over the last decade. According to the U.S. Drug Enforcement Administration, in 2010 nearly as many youths tried prescription painkillers for the first time as tried marijuana.

Instead of the bring-your-own-bottle drinking parties of many middle-aged parents’ youth, high school and middle school students today go to “Skittle parties,” where they bring pills they’ve procured from medicine cabinets, Mr. Evangelides said. The practice is also known as “pharming” or “trail mixing.”

“Young people don’t even think they’re real drugs and they’ll send you to places you wouldn’t dream you’d go,” Mr. Evangelides said, as he showed video footage of the 24/7 monitoring and lack of amenities such as toilet seats that jail inmates live with.

“None of you are thinking that if you pop a Perc or an Oxy or Vicodin, you’d end up addicted,” he continued. “No one is going to offer you that Oxy and tell you, after a while you’re going to need three, six, 10 (pills), and 80 milligrams of Oxy costs $80 … and a bag of heroin is cheaper than a six-pack. You go right from that pill to that needle.”

He also exploded myths about popular club drugs such as “Molly,” a supposedly pure form of Ecstasy. Citing two deaths in one week last year of New Hampshire students who overdosed on the drug, Mr. Evangelides said, “There is no such thing as a safe dose of Molly.”

Even marijuana, which many baby boomer parents consider relatively safe, causes brain, behavioral and physical damage similar to that caused by alcohol and other drugs.

Police Chief Alan Gordon said before the program: “We have a heroin problem. We have opiates. We just did a drug search here last week and had two hits of marijuana. We’ve had overdoses.

The medical benefits of marijuana can be obtained in ways other than smoking it. The move toward legalization is a smokescreen and will have a seriously negative impact on our children and teenagers. If you believe that we need to legalize medical marijuana, take a look at the advertisements in the Sunday papers in California which promote doctors who will write prescriptions for the drug for anything from headaches to lack of appetite.

Thank God for public servants such as Sheriff Evangelides who are willing to tell our children the truth about marijuana and other seemingly harmless drugs and to show them the results of recreational drug use.