One way to subvert a political movement is to plant radical people in it to make the entire group look bad. This happens in political campaigns all the time when candidates are forced to return a donation from a fringe group they may have been unaware of or a candidate is invited to give a speech somewhere that turns out to be a questionable set-up. The alt-right is a name the media has associated with racism, hatred, and general radicalism. If you carefully watch the way the media uses the term, you can see an attempt to expand the term alt-right to anyone who opposes the liberal agenda of the media. The media would like to convince you that believing good things about America and its future is unacceptable, racist, and radical. Meanwhile, a group called antifa pretty much gets a pass on anything they do.

Who is antifa? Antifa was started after World War II in Germany to counter the fascism that Hitler had brought to the country.

A website called jacobinmag describes the roots of antifa as follows:

Yet despite its failure to stop Hitler in 1933 and veritable dismantling in subsequent years, Germany’s socialist labor movement and its decidedly progressive traditions outlived Hitler in the factories of its industrial cities, and began gathering up the fragments as soon as open political activity became possible.

These groups, oftentimes launched from the aforementioned housing estates, were generally called “Antifaschistische Ausschüsse,” “Antifaschistische Kommittees,” or the now famous “Antifaschistische Aktion” – “Antifa” for short. They drew on the slogans and orientation of the prewar united front strategy, adopting the word “Antifa” from a last-ditch attempt to establish a cross-party alliance between Communist and Social Democratic workers in 1932. The alliance’s iconic logo, devised by Association of Revolutionary Visual Artists members Max Keilson and Max Gebhard, has been since become one of the Left’s most well-known symbols.

Essentially antifa is a communist group.

The article goes on to discuss how antifa should “fight a resurgent far right in the Trump era.” Obviously I disagree with that statement. There is nothing ‘far right’ about wanting to preserve America‘s history. There is nothing ‘far right’ about wanting to preserve the values of our Founding Fathers. I don’t believe that America is destined to become a communist country despite the efforts of groups like antifa. However, if we don’t get back to teaching our children the heritage of America and the extraordinary character and wisdom of our Founding Fathers, we could be in danger of losing the freedoms so many Americans have fought and died for.

Not every American in Charlottesville protesting the removal of historic statues was a racist, neo-nazi, etc. I am sure there were some people there who simply objected to the removal and eventual rewriting of American history. Those people had a permit to allow them to march. Antifa did not. Violence is unacceptable, but protest marches are legal. Who brought the violence? The violent incident caused by a neo-nazi has been widely reported. Has anyone reported the violence on the part of antifa?

The news media has taken sides against political conservatism (and American history). They did that a long time ago. The reporting on Antifa and the trouble they have caused in recent years (Berkley, Charlottseville, various G20 summits, etc.) has been limited and will probably continue to be so. The reporting on any extremes on the political right has been put on the front pages above the fold. Americans need to understand that they are being played. 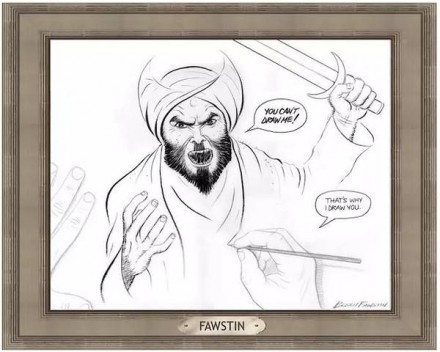