Yesterday The Gateway Pundit posted an article about attorney Mark Zaid, who represents the anti-Trump CIA “whistleblower” Eric Ciaramella (Ciaramella’s name was accidentally released by Adam Schiff last night, so his identity has been revealed).

The article includes screenshots of a number of Mark Zaid’s tweets: 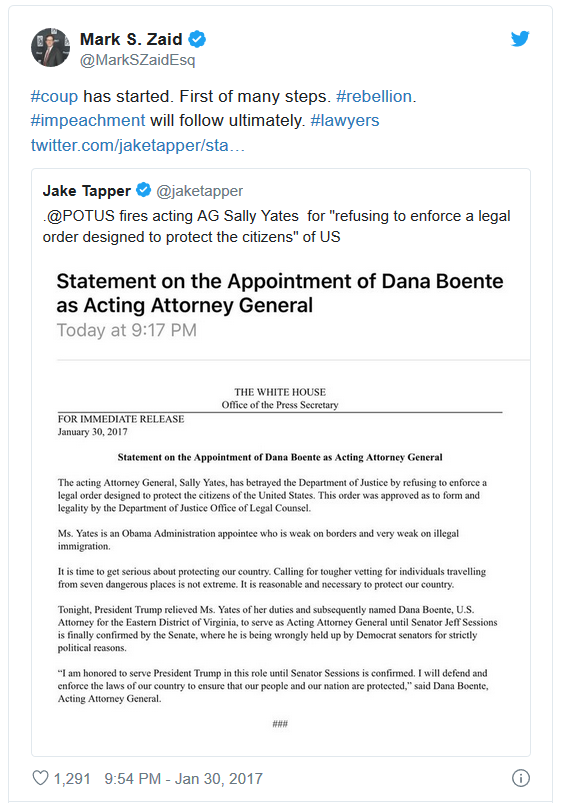 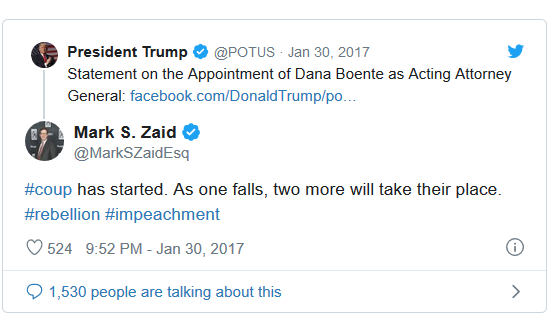 A coup is treason. Treason is a crime. The road is going to get very bumpy in the next few weeks as the people involved in this attempted coup try to save themselves from the consequences of their actions. Remember, a Grand Jury has been convened and is investigating this. Indictments will be coming. I am totally impatient for this to be over so that President Trump can continue to undo the damage done to America by President Obama, but justice takes time, and the people involved in this are extremely powerful and well-connected. I believe justice will prevail, but I also believe it will take time.