Yesterday The Washington Examiner posted an article about the current Democrat primary campaign for President. The writer refers to a New York Times article noting that the ideas the candidates are espousing are not popular with voters.

Here’s a hot new tip for Democrats wanting to win the presidency next year: Lie about what you believe!

That piece of advice comes from liberal New York Times columnist David Leonhardt, who on Sunday warned Democrats that they have lately been professing policy views that “alienate most American voters.”

It turns out that eliminating private health insurance and opening up the southern border to all of the world’s poor aren’t home runs with the electorate. But these are precise examples of what the 2020 Democratic field has been pushing.

In each of the Democratic debates and in media interviews, the leading candidates have said they support decriminalizing illegal immigration and replacing all private insurance with one government-run plan.

Observing that public opinion on those proposals isn’t rocking through the stratosphere, Leonhardt wrote that Democrats need to stop talking about what they truly believe and do the opposite: “The best strategy for Democrats,” he said, “is a populist one that speaks to voters of all races.”

That is actually really good advice for the candidates. I am hoping that they won’t take it.

That sounds nice, but it would require that Democrats shut up about reparations, abandon their immigration fetish, and discontinue their climate change fearmongering.

There’s absolutely no chance any of them will do that. Democrats may routinely lie about the chaos at the border and about the cost of their healthcare plans but they’re being completely honest when they say they want open borders. They’re telling the truth when they call for government-run healthcare.

Those may not be winning positions in the general election but at least they’re honest ones.

In this case, I am not sure honesty will win the nomination or the election. 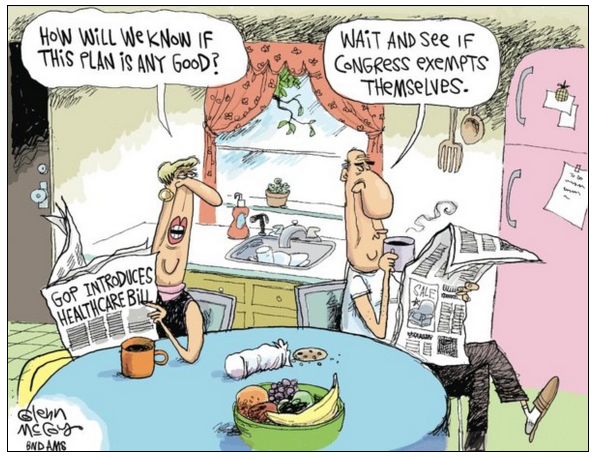