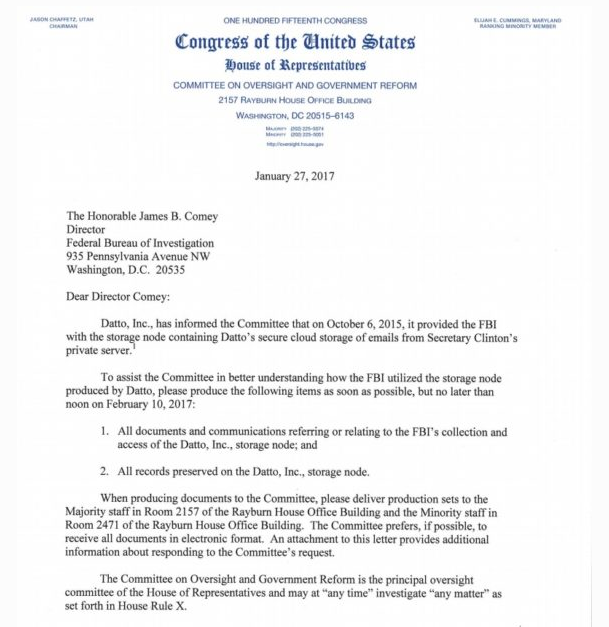 The real problem here is the lack of security on Hillary Clinton’s private server.

The article at The Gateway Pundit quotes an article from the U.K. Daily Mail from June 2016:

A Daily Mail Online investigation has found that a second firm – hired to store a back-up of Clinton’s secret server – was so lax in its security employees failed to change passwords frequently and left computers logged in, unattended for extended periods and its own clients stumbled upon other clients data.

Datto Inc, the company in question, was hired to store Hilary’s emails by Platte River, the mom-and-pop company contracted to maintain her ‘homebrew’ email system.

Speaking exclusively to Daily Mail Online on condition of anonymity, one former employee at Datto, said the company was woefully exposed to being hacked.

‘If you’re talking about high-level data security, at the political, presidential level, the security level of data [at Datto] hired by Platte River, was nowhere near something that could have been protected from a good hacker that knows how to spread out their points at which to infiltrate,’ he said.

Mishandling secret information is a serious offense. I don’t want to see Hillary Clinton go to jail (although anyone else would be in jail by now), but I do want some acknowledgement of the fact that she committed serious crimes in the area of failing to protect classified information.