Now why do you suppose they did that? If the threats had been against a Democrat, would the account have been suspended? No–The tweet would have simply highlighted as an example of the actions of violent right wing extremists.

Black Lives Matter Louisville leader Chanelle Helm is a political activist who has met with numerous high profile politicians, including current presidential candidate Elizabeth Warren, to advance the identity politics of her movement.

Ms. Helm was shouting: “just stab the motherf—er in the heart.”  “F*ck yo neck, b*tch. Murder Turtle! Murder Turtle! … F*ck yo thoughts and prayers … F*ck you, f*ck yo wife, f*ck everything you stand for.”

To highlight the hypocrisy of the radical leftists, several social media and twitter accounts began sharing the video of Ms. Helm’s call to violence; including the twitter account of Mitch McConnell.

In response to the video showing how violent Ms. Chanelle Helm is, and bringing forth the transparency of sunlight upon the group’s objectives, Twitter began demanding the videos and tweets must be removed.  Failure to remove the video results in the twitter account being suspended from the platform.  Twitter suspended Mitch McConnell’s account.

The same simpatico relationship exists with Facebook, YouTube, Instagram and a host of social media platforms. The events in/around Sanford, FL (2012); Ferguson, MO (2014) and Baltimore Maryland (2015), were not just purposeful; they were quite financially lucrative for the identity network. After all, they learned at the knee of the master: 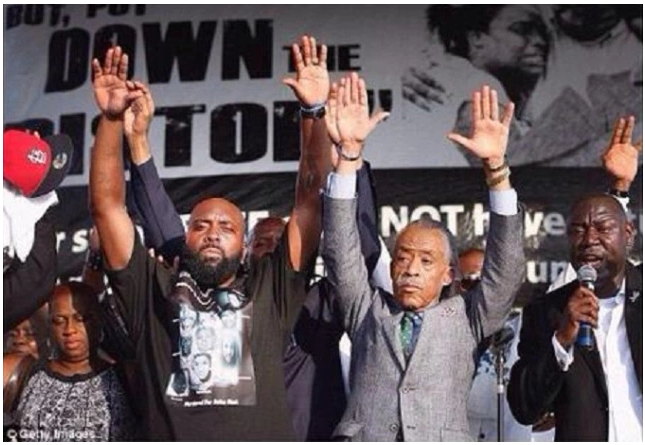 The question to ask is, “Who gains by pitting one group of people against another?” If we are fighting each other, we are noticing that our Washington politicians go to Washington as members of the middle class and quickly become millionaires. As long as they can keep us fighting among ourselves and not noticing what they are doing, they can continue their corruption.