The website posted a copy of a letter from Texas Lieutenant Governor David Dewhurst to Secretary of State Nandita Berry regarding complaints against Battleground Texas: 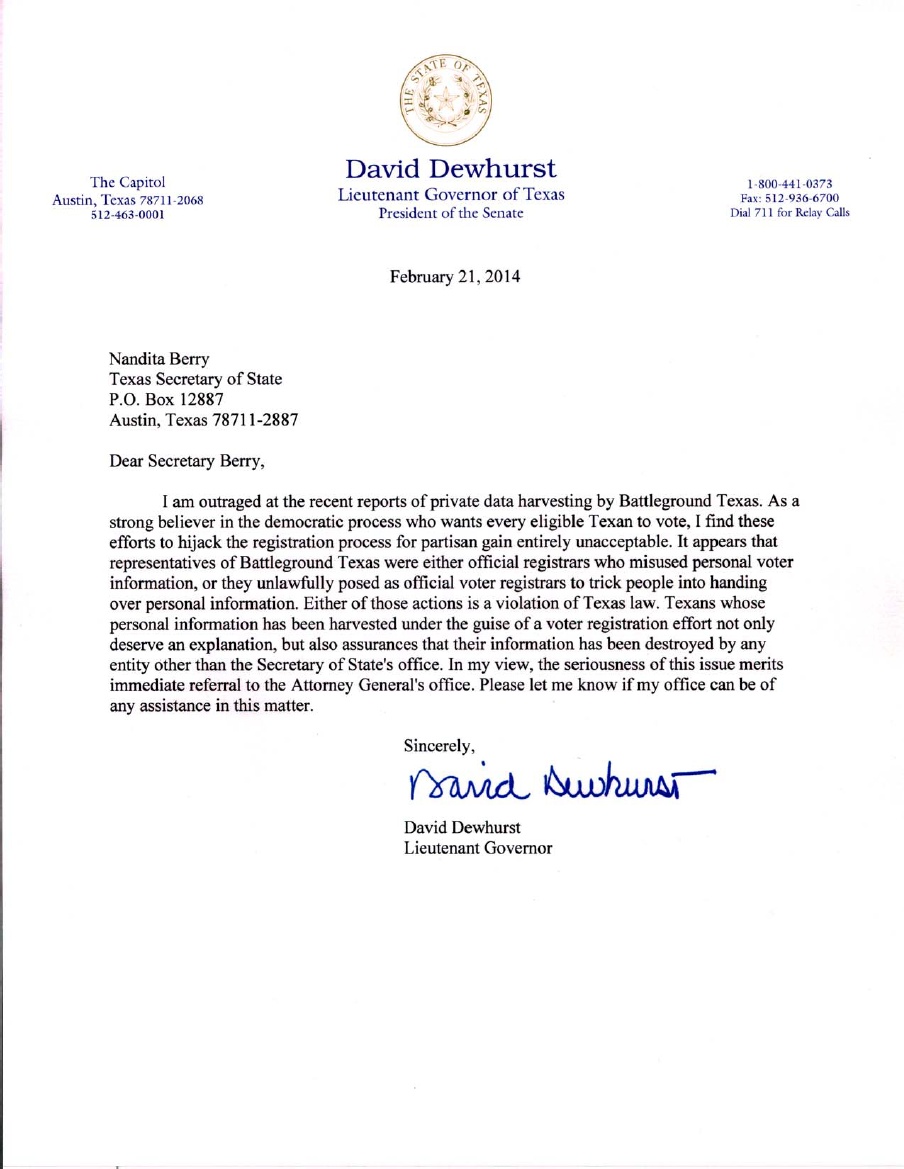 Texas is a red state. It votes Republican. It also has one of the fastest growing economies in the country because of the policies Republicans have put in place. However, the Democrats have decided to focus on making Texas a blue state. That is fine–America is about competition–but they are not entitled to break the law to do it.

Ed Morrissey at Hot Air posted an article today about laws being broken in the quest to turn Texas blue.

Battleground Texas has a mission — to turn the deep-red state of Texas as blue as Austin, a monumental if not quixotic task. Like other activist groups, the progressive organization conducts voter-registration drives, attempting to get like-minded citizens to turn out in force in the next election cycle. Project Veritas did an undercover operation of Battleground Texas and found out that registering voters is just the start of those efforts. According to the video, the group’s leaders cull information from those registration forms and build their database of personal information — which is a direct violation of Texas law:

Voting is a very important part of being an American. If we don’t protect the ballot box, we will lose our say in our government. Thank God that Project Veritas is exposing the cheating going on in preparation for the 2014 elections.