On Sunday, PJMedia posted an article with the following headline, “Harvard Climate Loon: Keto Dieters Are Killing the Planet Because Bacon and Butter or Something.”

The interesting thing about the article is that it contains two contradicting tweets: 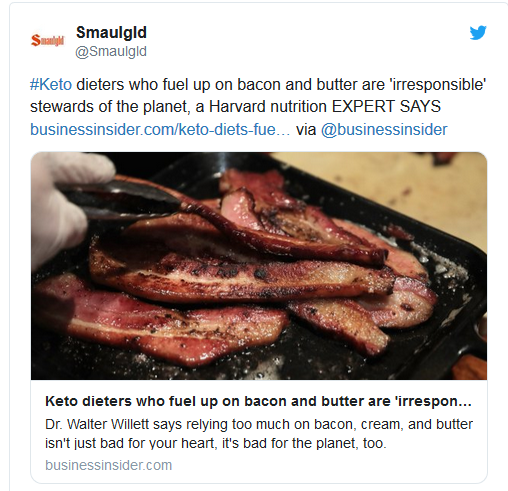 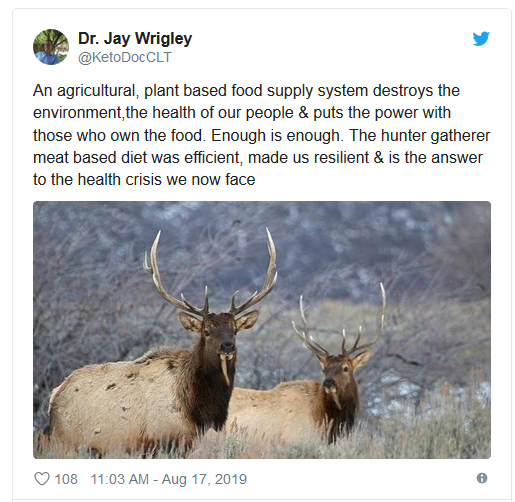 What’s a person to do? Note the comment by Dr. Wrigley, “…puts power with those who own the food.” It makes me wonder if all the emphasis on eating plants and not meat might have something to do with power and control.

At one point in my childhood I lived in an apartment building not in the richest part of town. Part of the experience was the smells that came from the surrounding apartments. It was a place where people from various nationalities lived, and sometimes the smells seemed very odd. Sometimes the smells seemed unpleasant. It was part of the experience. Unfortunately, some people in other countries seem to have lost their ‘tolerance’ gene.

The story I am about to report goes back to 2010. I was not able to find an update to the story, but I thought the original story was worth noting.

On October 22, 2010, the U.K. Telegraph posted a story about a small restaurant in Cale Green, Stockport.

The couple took over the take-away on Adswood Road in Cale Green, Stockport, in 2007 from the previous owner and replaced the exisiting extractor fan, which had been there for six years, with a new modern one.

They claim they received no complaints about the cafe which is open from 7.30am-2.30pm six days a week, until around eighteen months ago when they received a letter from environmental services to say Mr Webb-Lee had complained about the smell.

“We’ve never had a problem about the smell because everything is pre-cooked,” said Mrs Akciecek.

Mr. Webb-Lee complained that his Muslim friends had felt ”physically sick” due to the ”foul odour.” That odor of course was the smell of cooking bacon.

I couldn’t find an update on this story. It would be interesting to know how it all turned out. Unfortunately, the fact that I could not find a follow-up story leads me to believe that the complaint stood. Western countries eat (and cook) bacon. If a Muslim moves to a Western country, he needs to adapt–he is the alien. He doesn’t have to eat bacon, but he needs to be more tolerant of those who do.

The Lib Dem-run council originally ruled the smell from the fan, which has been in Bev’s Snack Shack for more than three years, was ‘unacceptable on the grounds of residential amenity’ and told her to take it down.

But Beverley and her husband appealed the decision.

After a six-month legal battle, the Planning Inspectorate finally announced they had won their case.

She said today: ‘The council have got to pay our legal fees which is a great relief because we were beginning to struggle.

Unfortunately, the neighbor who originally filed the complaint is continuing to complain.