The Conservative Tribune posted a story today that includes the following:

Now comes the disturbing revelation, apparently delivered by Defense Secretary Ashton Carter, that the Obama administration tipped off the Iranians that our soldiers were lost at sea and requested their aid.

The news came from Rep. Louie Gohmert, R-Texas, during an interview on TheBlaze’s Dana Loesch shortly after Iran’s arrest of the sailors had come to light.

“I understand that (Secretary of State) John Kerry has indicated, look, when he got word, he and Ash Carter called the Iranians to help take care of our Navy guys, because they had some mechanical problems,” Gohmert said. 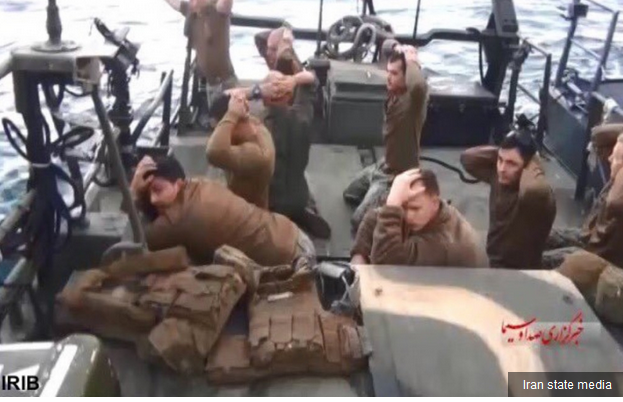 I have no words.

Ed Morrissey at Hot Air posted a story today about the continuing push by President Obama to release all of the prisoners from Guantanamo Bay in Cuba. It is quite possible that the recent ‘normalization’ of America‘s relationship to Cuba might be related to this desire in some way. However, here at home, there seems to be another roadblock in the President’s way (thank goodness).

In January of this year, NewsMax ran a story about the recidivism rate of former Guantanamo prisoners. They compared the numbers the government has released with their information. Any resemblance between the two sets of numbers was purely coincidental.

These are the government figures: 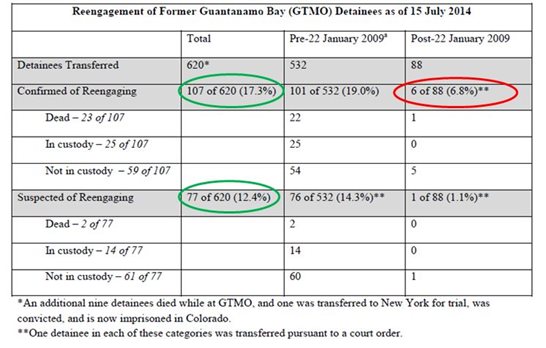 This is what the article says about those numbers:

Republican claims of a 30 percent recidivism rate are based on combining the figures in green on all detainees confirmed or suspected of re-engaging in terrorism.

I believe the actual recidivism rate is probably 30 percent or higher because of the time and difficulty in determining whether released Gitmo detainees have returned to terrorism.

Meanwhile, President Obama is dealing with a familiar problem regarding the release of the prisoners.

Carter (Secretary of Defense Ashton Carter) also said that not every detainee in Guantanamo can be freed. “[W]e have to be very clear – there are people in Guantanamo Bay who cannot and should not be released because they will return to the terrorist fight,” he said. “And therefore we need a place where we can detain them in the long term. We have been forbidden to create such a place in U.S. territory.”

This is the problem that President Obama ran into with the last Secretary of Defense. It will be interesting to see how this plays out. There has been speculation that our involvement with Cuba will involve the turning over of Guantanamo to Cuba. It will be interesting to see how that will be handled between now and the time that President Obama leaves office. A first-term President is not likely to want a resume that includes the release of prisoners that were later to be found killing Americans.