Yesterday Trending Politics posted an article about how the Biden administration is handling to flood of illegal immigrants currently pouring into America. The crisis at the border is rapidly spreading to all areas of the country. There is no way the number of people crossing into our country illegally are going to remain in one small area.

Biden’s border crisis is spreading nationwide, according to a new report from the Center for Immigration Studies. The new administration is pursuing an immigration policy dubbed “catch-and-bus” with the aim of establishing undocumented immigrants in states in the interior of the United States.

The Biden “smuggling routes” have gone largely unreported by media outlets that are fixated on the disastrous border crisis, where children are being kept in unsanitary conditions within detention facilities that violate COVID protocols.

According to an original investigation by CIS, a veritable “conveyor belt” of busesfrom Texas, Arizona and California are transporting “thousands” of undocumented immigrants into America’s heartland.

…“As best as the Center for Immigration Studies can determine from interviews and scattered media reporting, the buses are leaving regularly from Del Rio, the Texas Rio Grande Valley communities, and Laredo, but the busing also appears to be going on in Arizona, as well as in California,” the report continued.

“Where are the buses going?” the CIS rhetorically asked. “They often drop their Haitian, Venezuelan, and Cuban passengers in Florida and New Jersey. Those from Nicaragua and other Central American nations have been delivered to Tennessee, Massachusetts, Indiana, Michigan, North Carolina, Georgia, Kentucky, and to large cities in Texas such as Dallas and Houston.”

The estimates square with other Border Patrol estimates, The Blaze corroborates.

“One Nicaraguan migrant showed CIS a DHS document titled ‘Interim Notice Authorizing Parole’, which grants him a renewable one-year term to live legally inside the country,” the report went on, adding, “Most will likely use their time to apply for asylum, a lengthy, back-logged process that allows for work authorization and Social Security cards during an adjudication process that can drag on for years.”

The Biden “catch-and-bus” policy is an escalation of the Democratic Party’s open borders policy. Even if a state is not on the southern border, an illegal migrant can walk across it and get a free bus ride from the Biden administration to any place it chooses.

Has anyone given any thought to the people who have been waiting in line to come to America legally? Admittedly our immigration policies need to change to eliminate a lot of the expense and red tape, but open borders are not the answer!

Let’s project this a year or two down the road. The people who came here illegally are given a renewable one-year term to live in America. Some of the immigrants will renew; others will simply vanish somewhere inside the country. Eventually a Democrat congressman will say that like the dreamers, they have been here long enough so that they should automatically be given citizenship. At that point they should be allowed to vote. Voila! You have changed to voting demographic of America. Do you think the Democrats would close the borders if they thought the people coming across would eventually become Republican voters? 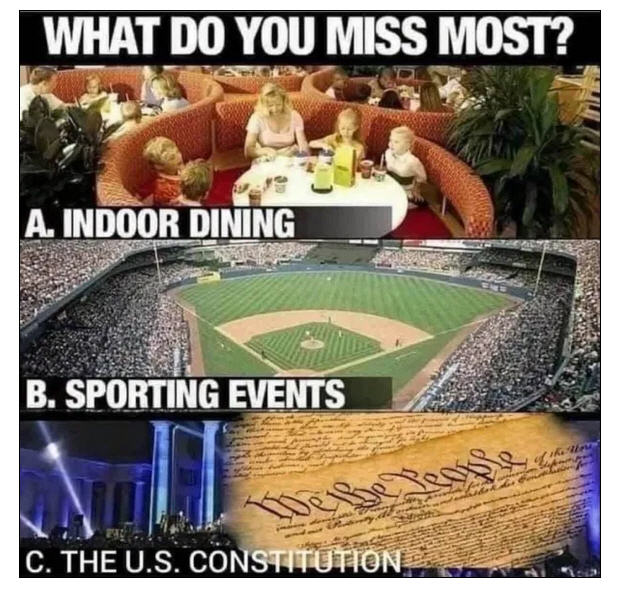