Remember when the Democrats said that the Trump tax cuts would blow a huge hole in the deficit because of the money that would not be collected. Those who believed the Democrats need to study the Laffer Curve. Although liberals keep saying it doesn’t work, the history of tax cuts proves it does. 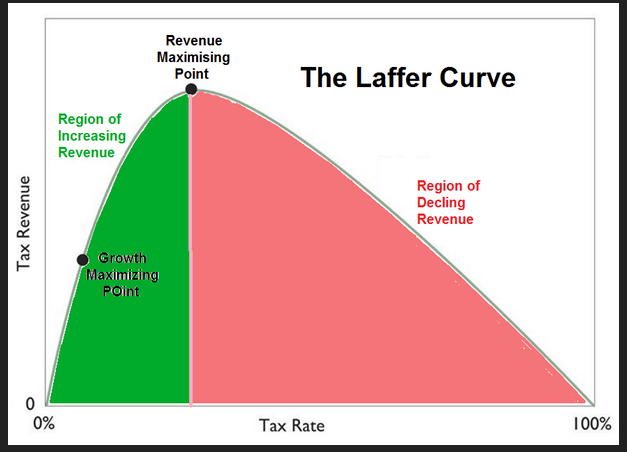 The latest monthly budget report from the nonpartisan Congressional Budget Office finds that revenues from federal income taxes were $76 billion higher in the first half of this year, compared with the first half of 2017. That’s a 9% jump, even though the lower income tax withholding schedules went into effect in February.

The CBO says the gain “largely reflects increases in wages and salaries.”

For the fiscal year as a whole — which started last October — all federal revenues are up by $31 billion. That’s a 1.2% in increase over last year, the CBO says.

The Treasury Department, which issues a separate monthly report, says it expects federal revenues will continue to exceed last year’s for the rest of the 2018 fiscal year.

As we have said many times in this space, the problem the country faces isn’t that taxes are too low, but that spending is too high. The CBO projects that even with the Trump tax cuts in place, taxes as a share of GDP will steadily rise over the next decade, and will be higher than the post-World War II average.

But bringing in more tax revenues doesn’t help if spending goes up even faster. And that has, unfortunately, been the case, as the GOP-controlled Congress has gone on a spending spree.

Look at it this way. Tax revenues are up by $31 billion so far this fiscal year compared with last year. But spending is up $115 billion.

In other words, the entire increase in the deficit so far this year has been due to spending hikes, not tax cuts.

There are too many Republicans in Congress who don’t understand why the American voters sent them there. The Democrats have always loved to spend other people’s money, but the Republicans were supposed to be the alternative to that. Unfortunately, many Republicans have failed the voters. The only way to fix Washington is to unelect every Congressman who votes for spending increases. Otherwise the spending will only get worse.