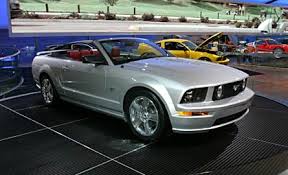 Normally, I wouldn’t particularly care whether or not GM reached a contract agreement with the UAW, but since the government has made me a stockholder, I thought that maybe I should pay attention.

The International Business Times reported on Saturday that a new contract between GM and the UAW has been tentatively agreed on. The contract includes signing bonuses and better profit sharing for the employees.

Workers at Chrysler Group LLC, whose contract also expired on September 14, continue to negotiate for terms of their new deal.

The UAW is not allowed to call strikes for workers at GM and Chrysler under the terms of the federal bailouts which those companies received.

Workers at Ford Motor (which did not receive a federal bailout, which allows them to strike) are also in talks for a new contract.

Any bets on the possibility of a UAW strike action against Ford this year?

There is one aspect of this contract that I could not find any reporting on. In his book, Car Wreck, Mark Ragsdale explains an auto industry practice called ‘jobs banks.’ Jobs banks require that two and a half years of wages be paid to laid off workers. On February 10, 2009, Ford Motor Company announced it had negotiated jobs banks penalties out of its UAW contracts. Because Ford rejected federal bailout money, the UAW was forced to negotiate in order to avoid the company going bankrupt. I suspect the UAW will try very hard this year to put those jobs banks penalties back in.

Taxpayer bailout money is currently paying General Motors workers for work while they sit at the ‘jobs bank’ all day and do nothing–another example of a total waste of tax dollars. Obviously when this was done by a private company (GM), it was not practical–the company had to be bailed out, so why is the government allowing the nonprofitable behavior to continue? It will be interesting to see what happens to the jobs banks in the new contract and if the UAW decides to strike Ford to put the jobs banks back in there.