Yesterday Fox News reported that the FBI arrested a Syrian refugee on Wednesday who allegedly planned to bomb a church in Pittsburgh in the name of the Islamic State.

Mustafa Mousab Alowemer, a 21-year-old Pittsburgh resident who was born in Daraa, Syria, and came to the U.S. as a refugee in 2016, met with an undercover FBI agent and an FBI source posing as ISIS sympathizers several times between April and June, according to the criminal complaint.

…During these meetings, he allegedly provided details to bomb an unidentified Christian church on the north side of Pittsburgh, producing plot details and bomb materials he purchased along with copies of Google satellite maps that showed the details about the church including its location and various routes for arriving and escaping the premise.

He planned to carry out the attacks in July by setting off the explosives around 3 or 4 a.m., according to the complaint.

Alowemer has been charged with one count of attempting to provide material support to ISIS and two counts of distributing information relating to an explosive device or weapon of mass destruction, activities that the Assistant Attorney General for National Security John Demers called “beyond the pale.” 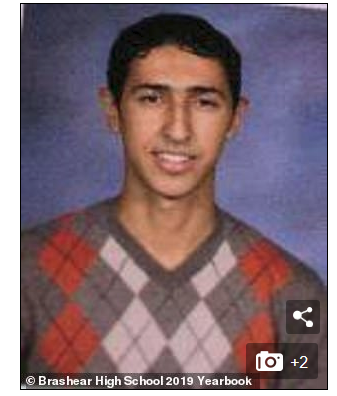 We let this person into the country and sent him to high school and treated him well. Obviously he was not willing to return the favor.

There is one thing to remember if you are ever in a situation where a terrorist has planted a bomb. There is probably a second bomb timed to go off when the police arrive or when people are fleeing after the first bomb has exploded. The best thing to do in that situation is to stay low. The second bomb is usually aimed at waist level and generally contains large amounts of shrapnel. From the reports I have seen, this was going to be a two-bomb attack.