The following is a graph from a New York Times article of April 14th: 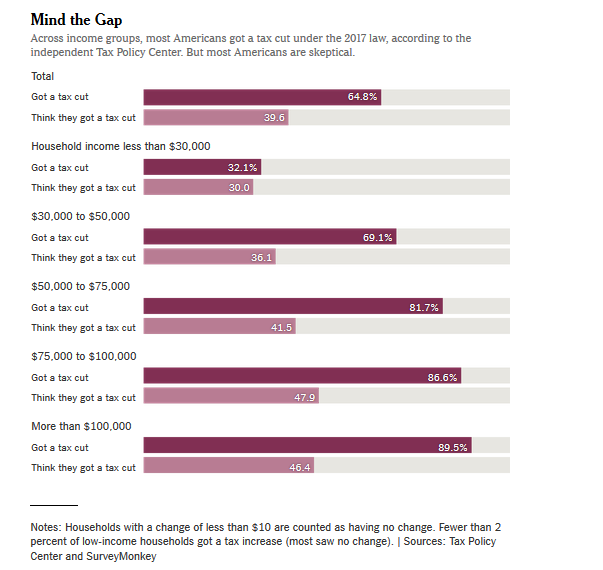 To a large degree, the gap between perception and reality on the tax cuts appears to flow from a sustained — and misleading — effort by liberal opponents of the law to brand it as a broad middle-class tax increase.

That effort began in the fall of 2017, when Republicans prepared to introduce legislation that models by the independent Tax Policy Center predicted could raise taxes on nearly a third of middle-class taxpayers. It continued through Mr. Trump’s signing of the law, even though the group’s models showed that the revised bill would raise taxes on relatively few in the middle class in the 2018 tax year.

The only thing missing from the article is The New York Times taking some responsibility for what is illustrated by the chart.

It gets even more interesting. The article also includes this chart: