The Gateway Pundit is reporting today that Democrat lawmakers boarded buses today to go over to former President Obama’s house to plan strategy.

The article includes a chart of President Obama’s impact on the Democrat party during his term of office: 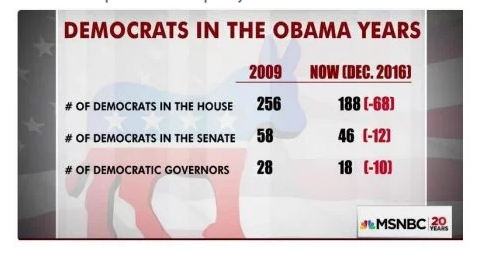 Obama warned freshman Democrats to be wary of their far left sucicidal policies.
Democrat darling Rep. Ocasio-Cortez and her New Green Deal would bring America to its knees in only a few years. And most Americans are not too crazy about taking a bus to Hawaii.

Remember, President Obama ran as a moderate, but governed as a far-left progressive.

It is interesting to me that this meeting is occurring just a few days after the Mueller Report was released (and totally disappointed the Democrats). It also may be a strategy meeting to figure out how to block investigations into the abuse of the FISA Warrants and other government agencies that occurred during the Obama administration.