The following chart was posted at The Washington Examiner today: 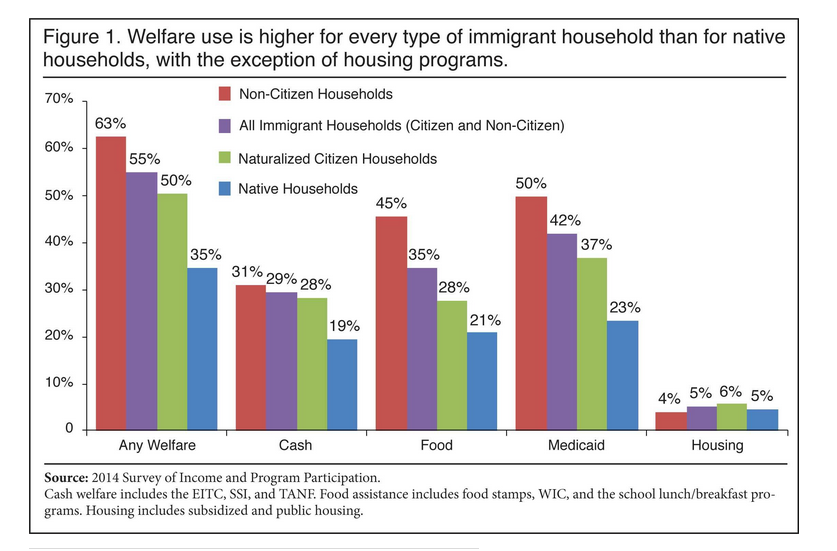 Although I object to the word ‘native’ being used in this context, the chart shows that a large portion of our tax money is going to people who are not American citizens. The real problem with this is that veterans and other Americans are not getting the services they need because money is limited and our national debt is skyrocketing. Supporting people who are here illegally is simply a luxury we can no longer afford.

I am reminded of the line from the movie “Men In Black,” “We’re not hosting an intergalactic kegger down here.” We can do everything we can to help people in poor countries, but we need to understand that until those countries have some form of economic freedom, our aid simply goes to the corrupt officials at the top. The answer to the number of illegals coming to America is for those illegals to gather together to fight the corrupt governments in their own countries. Based on the fact that the large majority of the people currently trying to break into America are military-age men, we need to ask them to go back home and work to fix things. We simply cannot afford to taken in everyone in the world who is looking for a better life. At some point you simply cannot put any more people on the bus.