One America News is reporting today that Senator Lisa Murkowski will propose legislation to allow drilling in the Arctic National Wildlife Refuge.

In a tweet Senator Lisa Murkowski said the bill will create jobs, keep energy affordable, and reduce the deficit.

It would also allow federal officials to sell leases for drilling rights.

Analysts claim the move could increase federal revenues by more than one billion dollars over the next decade.

The bill only requires a simple majority to pass in the Senate.

There will be a hearing next week.

The House Committee on Natural Resources has the following information on its website:

Opening less than 3% of the Arctic National Wildlife Refuge (ANWR) in Alaska for responsible energy production could create thousands of jobs, generate billions in new revenue and help reduce our dependence on foreign sources of oil.

The article at the House Committee on Natural Resources website includes the following map, which shows how little of ANWR would be impacted by the drilling permits. 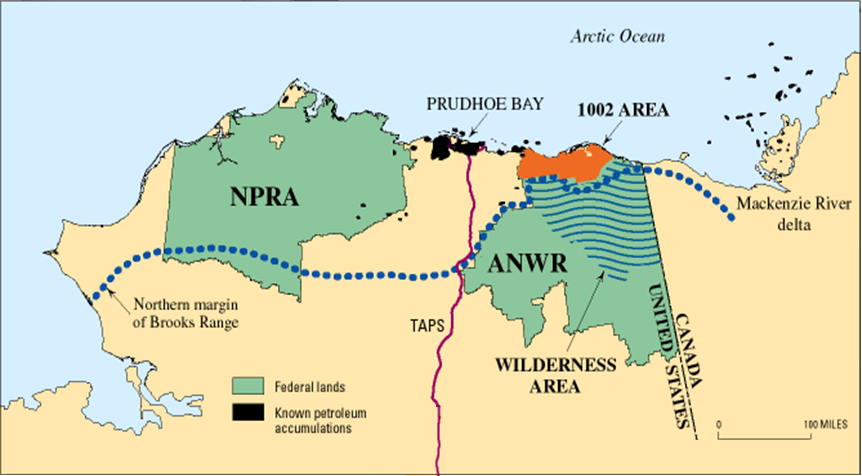 I think it is time to stop the unnecessary hysteria and begin to develop America’s energy resources.