Global warming is one of the sacred cows of the political left. Part of this is due to the fact that climate change can be used as a weapon against capitalism, free markets, and successful democratic nations.

In February of last year, I posted an article that included the following quote:

…Then listen to the words of former United Nations climate official Ottmar Edenhofer:

So that explains why the political left is so in love with the idea of global warming. Now let’s look at the omissions in a recent Associated Press article about global warming as reported in The Daily Caller.

An Associated Press reporter sent some questions to Dr. Roger Pielke Jr. about what role global warming played in this year’s slew of billion-dollar natural disasters.

Pielke, an expert on natural disaster costs, apparently didn’t give AP reporter Seth Borenstein the answers he was looking for, because his ensuing article didn’t have any quotes from the University of Colorado professor.

The following questions and answers were omitted from the AP article: 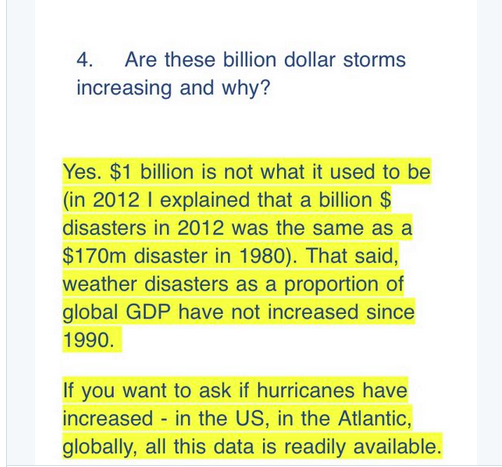 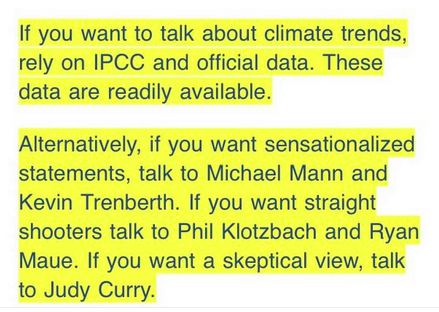 Please follow the link to The Daily Caller and read the entire article. It illustrates how the media tries to shape the debate rather than simply reporting facts. As I have stated before, the best website on the internet for climate information is wattsupwiththat.com.