Yesterday The Hill posted an article about sanctuary cities. There is a surprising amount of public support for President Trump’s deportation of criminal aliens.

The poll shows that President Trump has broad public support in his effort to crack down on sanctuary cities.

A survey from Harvard–Harris Poll provided exclusively to The Hill found that 80 percent of voters say local authorities should have to comply with the law by reporting to federal agents the illegal immigrants they come into contact with.

As it stands, hundreds of cities across the nation — many with Democratic mayors or city councils — are refusing to do so.

We need to deal with our own citizens who are living in poverty before we open our borders to more dependents. 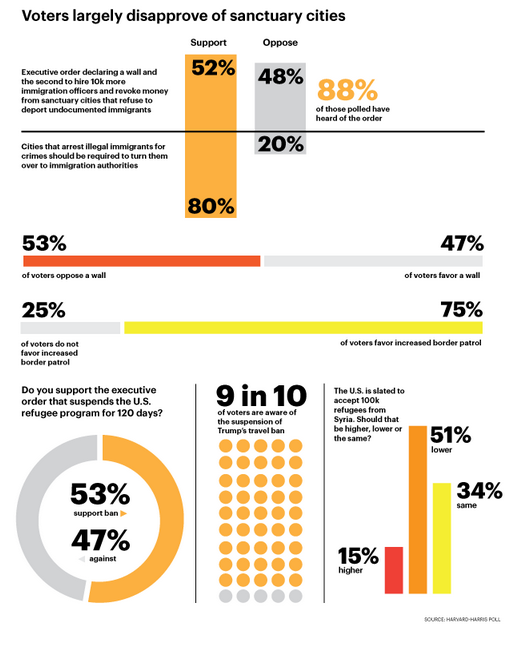 If we are to be a nation of laws, we need to enforce our laws.