The federal deficit is out of control. For whatever reason, the Obama Administration is convinced they can reduce the deficit by cutting military readiness and benefits to the military. 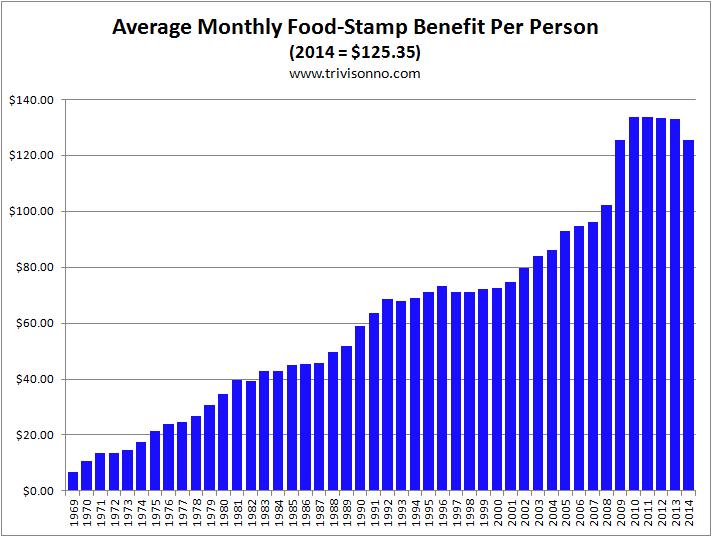 Note that the average food stamp benefit per person is $125.35 per month.

The chart below (from the same site) shows the benefits paid out: 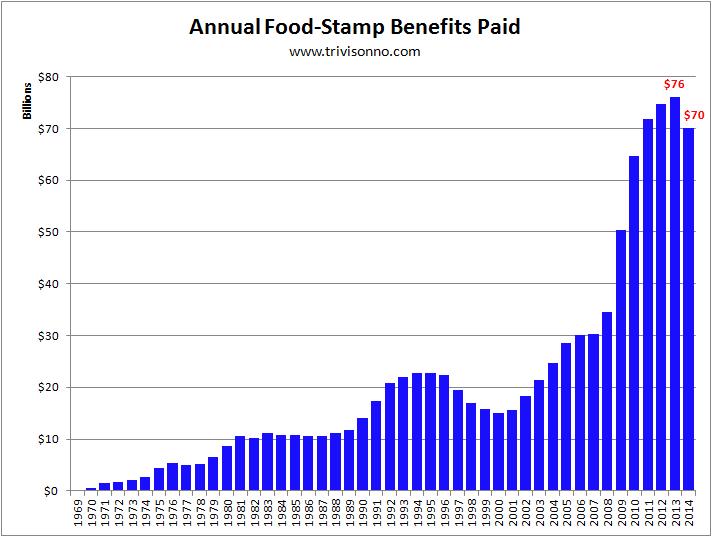 These benefits are given to people based on their income. There is no work requirement, generally no drug testing, and nothing to encourage people to get off of food stamps. Why are we not doing some serious cutting here? I am not trying to pick on food stamp recipients, but my point is that we need to look at many ways to deal with runaway government spending. 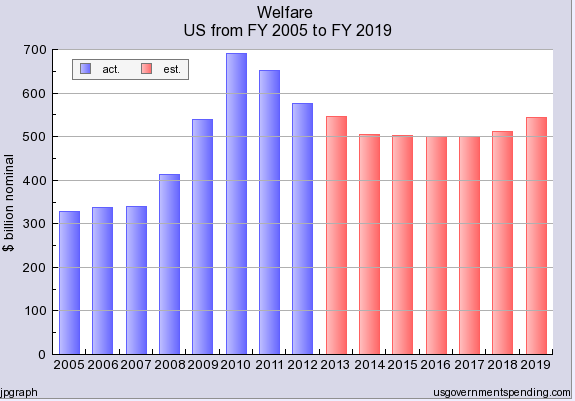 The Military Compensation and Retirement Modernization Commission will release its long-awaited report Thursday, which will propose fundamental changes to military benefits including ending the 20-year retirement, according to the Military Times, citing sources familiar with the report.

The plan calls for Congress to create a hybrid system of smaller defined-benefit pension along with more cash-based benefits and lump-sum payments. A significant portion of retirement benefits would come in the form of government contributions to 401(k)-style investment accounts, those familiar with the report told Military Times.

In addition to the 401(k) for troops serving less than 20 years, the commission will suggest promising a pension to troops who serve a long-term career, but one that would be more modest than what military retirees receive today, a defense official briefed on the plan told the Times.

And, unlike the current system, this pension would not start upon separation from service; instead, those payment checks would begin at a traditional retirement age, such as 60 or older, according to the official.

So let’s see. Rather than deal with the people who choose to collect welfare rather than work (I realize that does not apply to all welfare recipients, but it applies to some of them), we are going to take away the benefits of the men and women who voluntarily risk their lives to keep us free. It’s even worse than that. When a career military man leaves the military at age 40-something, he starts out as an employee in the civilian world at square one. His military experience does not necessarily translate to seniority in a civilian job. His retirement pay helps bridge the gap and allow him to support his family. He (or she) has given up many of the peak advancement years in order to serve America. Why in the world would the government even consider taking away something that makes the military a reasonable option to civilian life? If I didn’t know better, I would believe that the military commission was attempting to destroy our volunteer army.