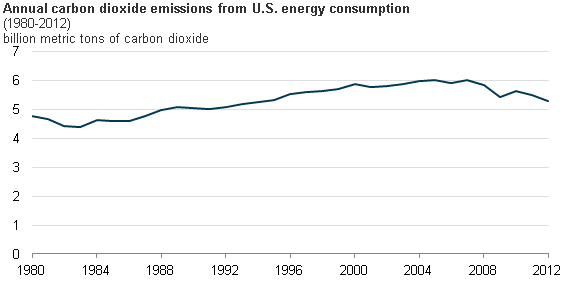 So what is responsible for the drop in carbon dioxide emissions– the increased use of natural gas obtained by hydraulic fracturing. This has got to drive the environmentalists nuts.

It’s yet another piece of evidence that environmental quality and economic prosperity are not mutually exclusive, even on a large scale; the innovations, efficiencies, and technological developments that come with an advanced economy can be good for both humanity and the planet.

The comment above represents the kind of balance we need more of in the environmental movement.