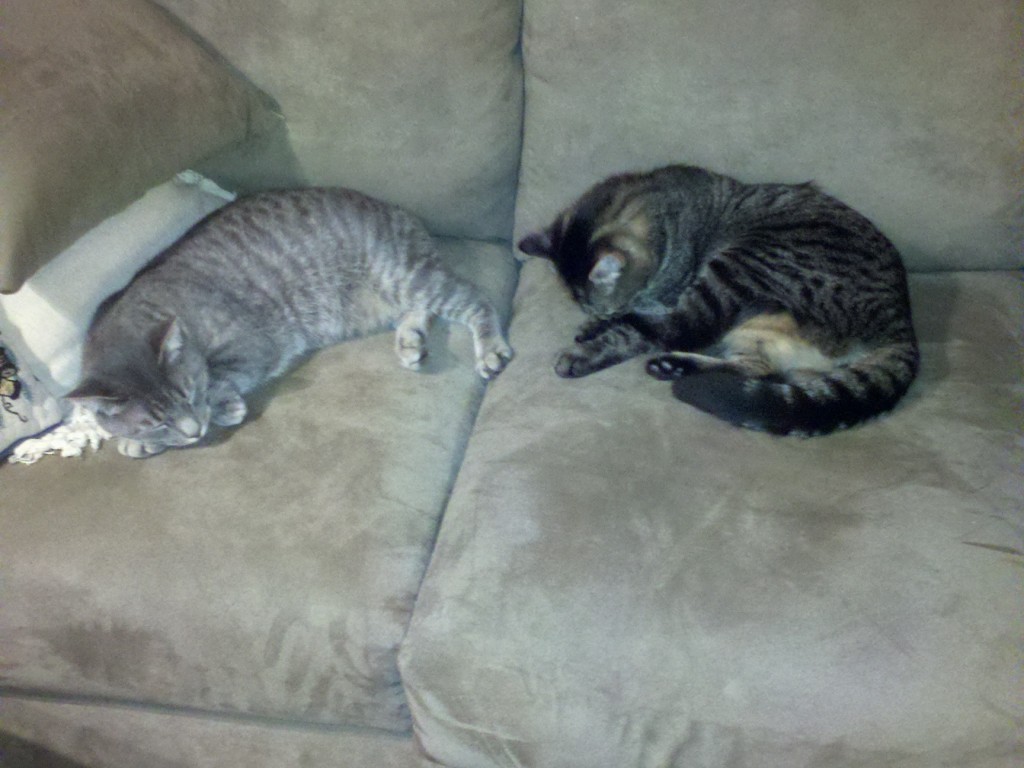 This article is based on a story posted yesterday in the New York Times. I will admit that my reaction to the story is totally biased. I am the proud owner of two shelter cats. I fostered shelter cats for about a year and a half before I adopted these two. I also need to mention that my cats are strictly indoor cats. The shelter I worked with was a no-kill shelter that had a TNR (trap-neuter-return) program.

The article in the New York Times reports:

In a report that scaled up local surveys and pilot studies to national dimensions, scientists from the Smithsonian Conservation Biology Institute and the Fish and Wildlife Service estimated that domestic cats in the United States — both the pet Fluffies that spend part of the day outdoors and the unnamed strays and ferals that never leave it — kill a median of 2.4 billion birds and 12.3 billion mammals a year, most of them native mammals like shrews, chipmunks and voles rather than introduced pests like the Norway rat.

Cats do kill birds and mice and other animals. It’s what they do.

The estimated kill rates are two to four times higher than mortality figures previously bandied about, and position the domestic cat as one of the single greatest human-linked threats to wildlife in the nation. More birds and mammals die at the mouths of cats, the report said, than from automobile strikes, pesticides and poisons, collisions with skyscrapers and windmills and other so-called anthropogenic causes.

The article reports on the TNR programs:

The Washington Humane Society and many other animal welfare organizations support the use of increasingly popular trap-neuter-return programs, in which unowned cats are caught, vaccinated, spayed and, if no home can be found for them, returned to the outdoor colony from which they came. Proponents see this approach as a humane alternative to large-scale euthanasia, and they insist that a colony of neutered cats can’t reproduce and thus will eventually disappear.

Conservationists say that, far from diminishing the population of unowned cats, trap and release programs may be making it worse, by encouraging people to abandon their pets to outdoor colonies that volunteers often keep lovingly fed.

The problem here is not the cats–it’s the irresponsibility of the people who abandon them. The feral colonies will die out because of the TNR program. Looking into the future, I see myself needing cat licenses for my pets. I truly think this is ridiculous.

Just a note. As I stated, I have two indoor cats. Since they were rescued, they have not been outside or expressed any desire to be outside (they are a little more than a year old). However, the average lifespan of a field mouse that manages to get into my house is about 5 seconds. Hunting is a feline instinct, and cats should not be condemned for it!